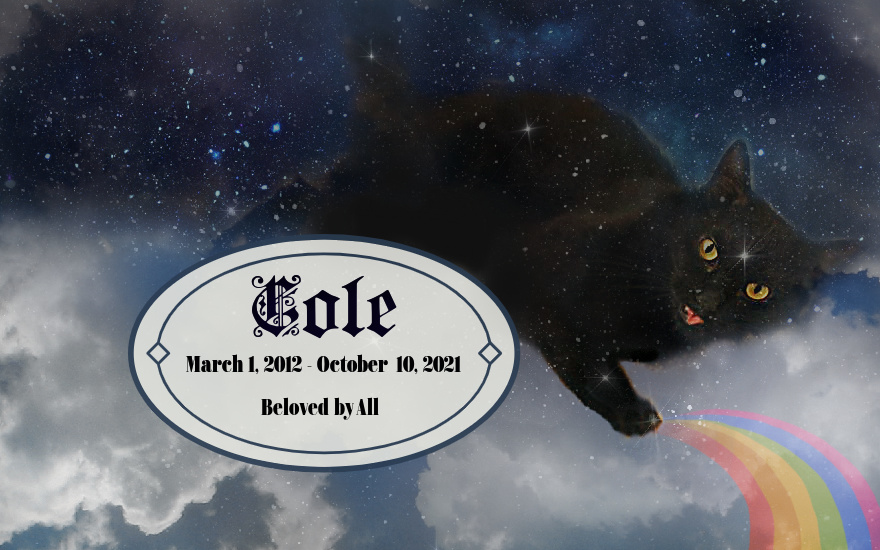 Millions of CAM fans are mourning the loss of an extraordinary cat. Cole of Cole and Marmalade fame has joined the pantheon of other celebrity cats in kitty heaven.

You can bet they will usher him in with a playful high five. The sad truth is the first wave of celebrity cats of the past decade is dwindling. And now Cole, the brightest star will now twinkle from the heavens. He joins a stellar crew from Grumpy Cat, Lil Bub, Colonel Meow, Homer the Blind Cat Street Cat Bob, Oskar The Blind Cat Punchy Sparkle Cat Sir Thomas Trueheart and so many others. Oh to be a fly on the wall of that welcoming committee. 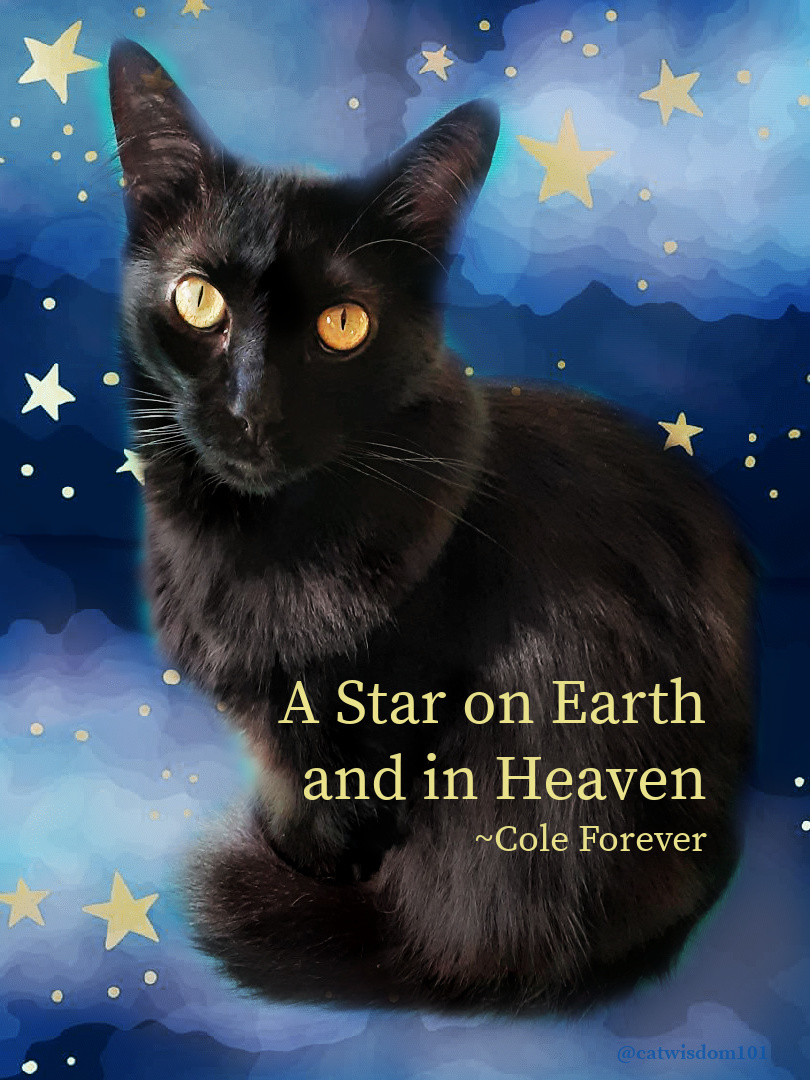 I created a unique visual memorial in his honor. His leaving during Black Cat Awareness Month makes it extra poignant. Cole was the star cat of the dozens of black cats featured in my book Black Cats Tell All: True Tales And Inspiring Images. His story was the first and the longest. It’s still too raw to write about my complicated relationship with CAM. Here’s the first page of his story. 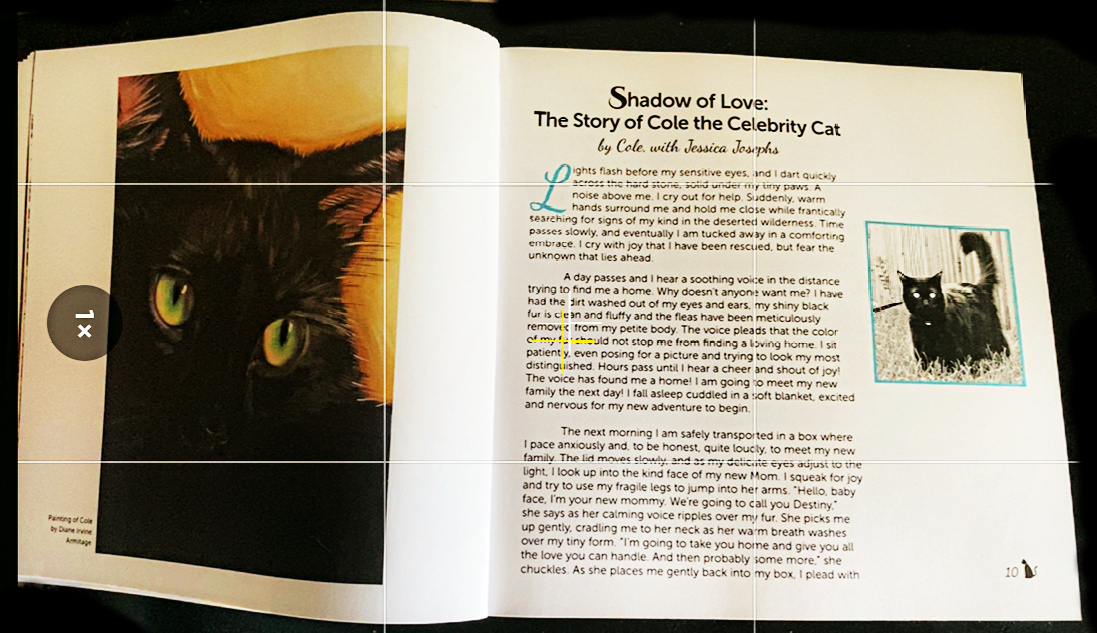 A fun part of the book are the purrsonality profiles. Cole’s profile may add insights you might not have known. 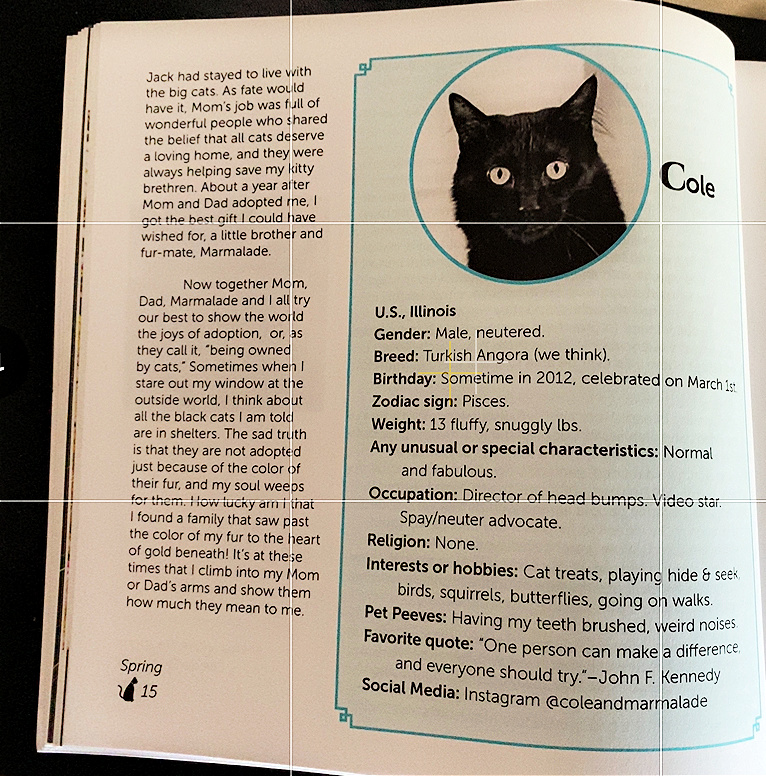 Every celebrity cat I’ve had the pleasure to meet or work with professionally leaves a mark. In recent years my list of celebrity cat memorials is growing to the point where I’m thinking is this really the end of an era? Is Cole my Rubicon, the proverbial line in the sand? I don’t know but I’m feeling it might be time time to dust off my old pet loss book project.

When our own cats die it’s a personal loss but when a famous cat dies, many fans experience the collective loss as if it were their own cat. There is a measure of comfort in community. We can read heart-warming comments, watch old videos and wait for their legacy to take shape.The upside of social media from Facebook, Instagram to Tik Tok is nothing is ever lost online. There are archives of images, videos, screensavers and gifs to peruse, reminisce and feel their feline immortality, if only for a moment.

With a huge archive of photos and videos Cole touched millions of lives in ways it’s hard to fathom. The outpouring of fan love and support within 24 hours of his death exploded on every platform. I can’t imagine what Chris and Jess are feeling seeing hundreds of thousands of likes and comments. What I know for sure is #CAMFam love is like no other and will continue. 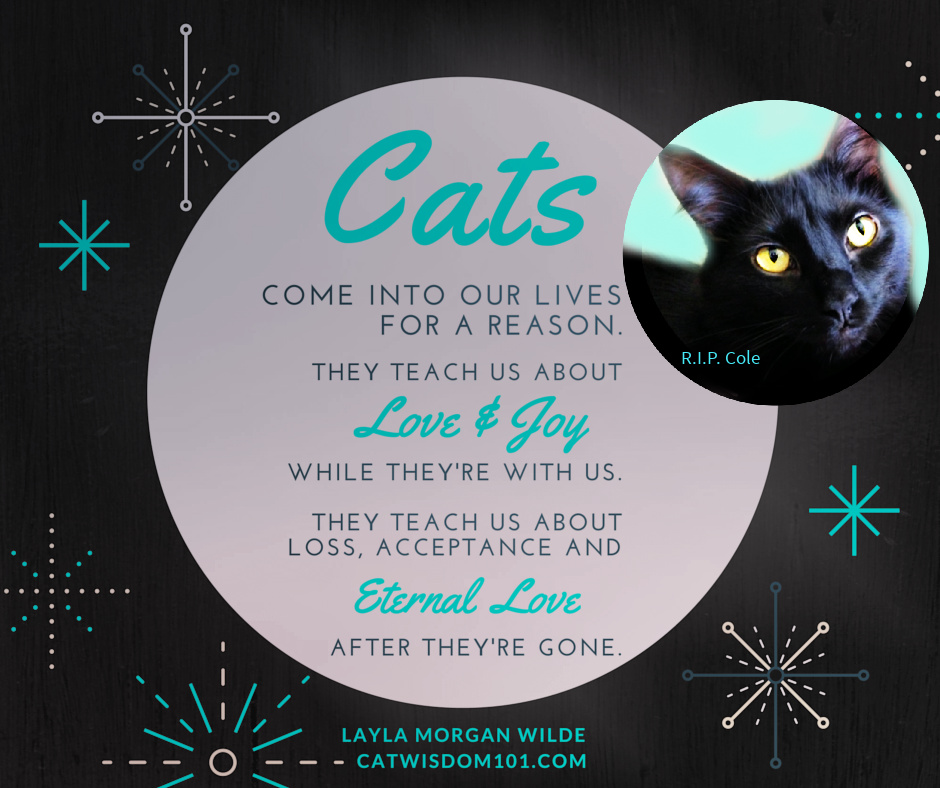 It looks like Cole’s legacy is already beginning as a black cat adoption advocate. He recently won America’s Favorite Pet Contest and will be featured on the cover of Catster. Yay, another black cat cover! It’s a win for black cat awareness.

Also cheering on Cole at the Rainbow bridge will be many black cats authors from my book to greet Cole including my house panther Clyde. Sadly since the book was published in October 2017 about a dozen of the 100 black cats featured have passed. Every October during Black Cat Awareness Month I dread to find out who will be next. While I knew Cole battled cancer since last year, I didn’t expect he’d be the next to go. His black face turned gray with wisdom sprinkles, shaved patches dotted his body from cancer treatments and yet he remained playfully stoic until the end.

From the very beginning in the viral kitten video to the end of his nine years, Cole packed in nine lives. He rolled with every life change with ease and grace. Okay and humor as the willing participant of a life well documented. There were multiple cross country moves from California to Florida, then Illinois and finally back to Florida. He welcomed his new fur brother Marmalade with open paws. He was a good pal when Marm recovered from cancer. He accepted two new kittens into his domain with an open heart. Love was his middle name but his heart belonged to daddy. The rest as they say is history.

I interviewed Chris Poole for Catster Magazine in 2015 Take a nostalgic look back at the early days of Cole and Marmalade With social media blowing up the concept of celebrity cats was inevitable. From there, I consulted with Chris about the CAM brand and cat behavior for several years until he acquired a business partner.

We partnered with topics close to our hearts like Breast Cancer Awareness Month Who knew back then how meaningful it would be now. 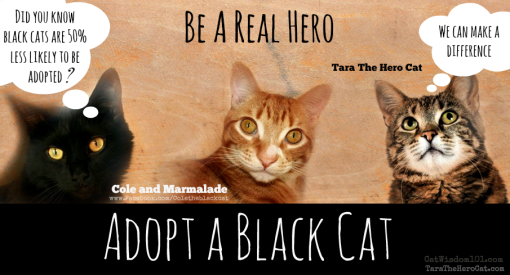 There is much more I could say about Cole but for now it’s my wish and prayer that his memory be a blessing. May Chris and Jess find peace and wisdom as they grieve, and may Marmalade find comfort with fursibs and who knows, perhaps a new furbro in the future. 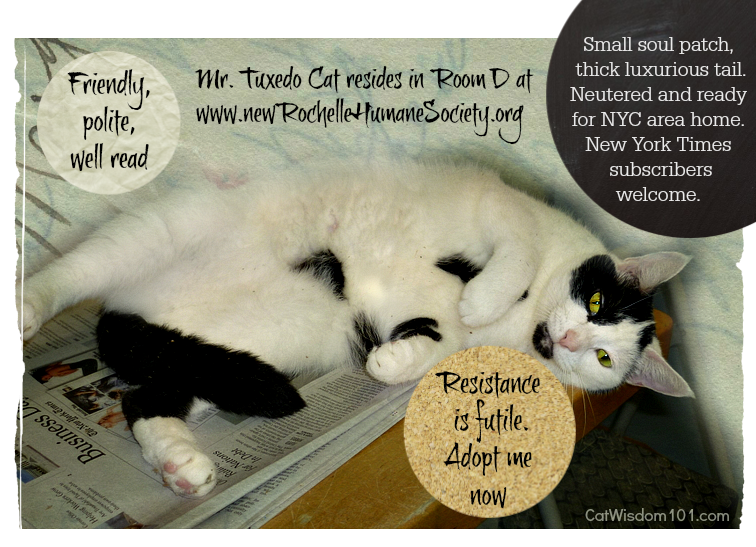 A Birthday Wish For Shelter Cats 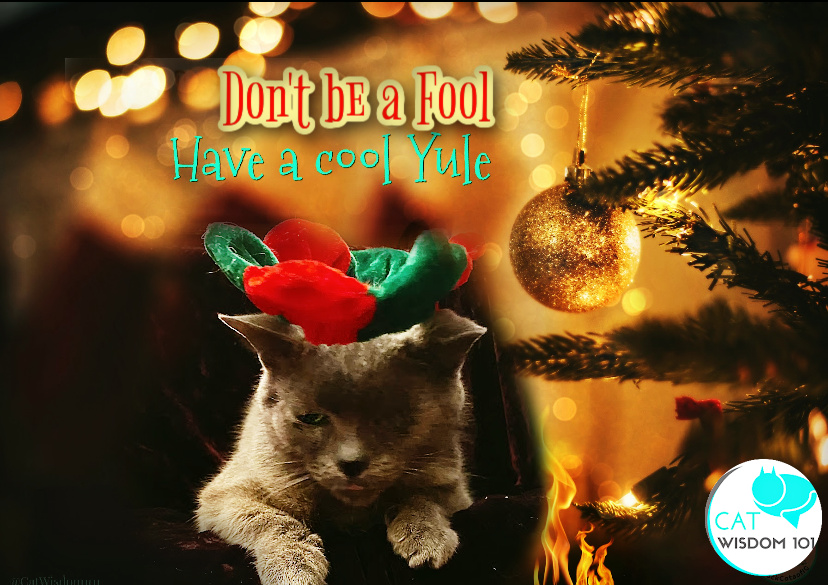 Festive Christmas Cats From Our Festivus Home And Beyond 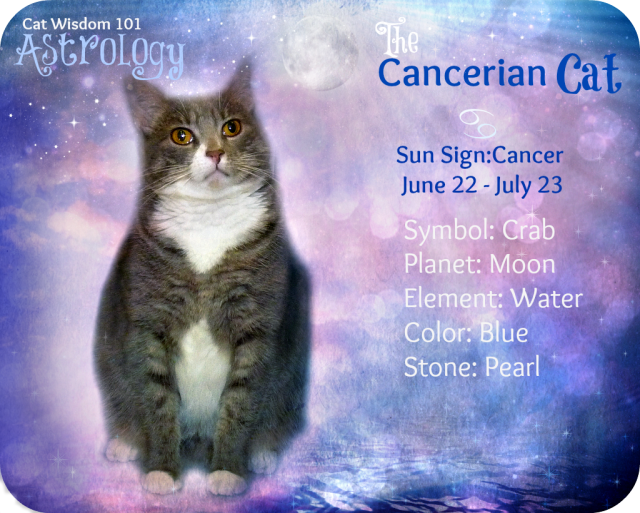