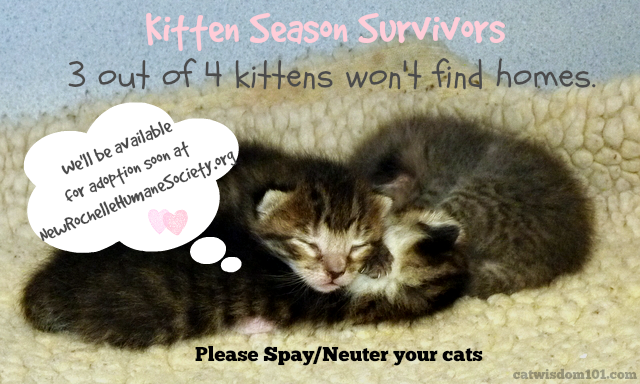 When I posted the plight of an obese cat last week, I wasn’t optimistic about finding a home for a 30 lb.cat, but she got lucky. Yes, Toony was adopted thanks for the power of social media. That means everyone who shares and gets the word out, helps so, thank-you! We can’t save every cat but we can help them one at a time. If everyone just saved one cat, the shelters would be empty. 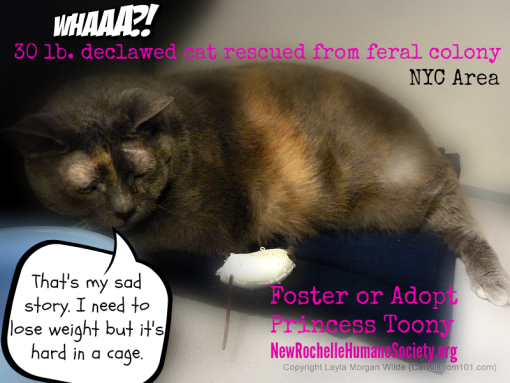 While I was in the same room as Toony, I noticed a new arrival who wore a collar but no ID. She was found on the street and not surrendered. She might have gotten lost, who knows, but clearly she belonged to someone. I hope someone may recognize this distinctive part Siamese older gal. For now she’s called Emily. Or Empress Emily. She reminds a little of the dowager on Downton Abbey, an elegant lady wondering what on earth happened to her queendom. If no one comes forward, I hope she gets to rule a new empire. 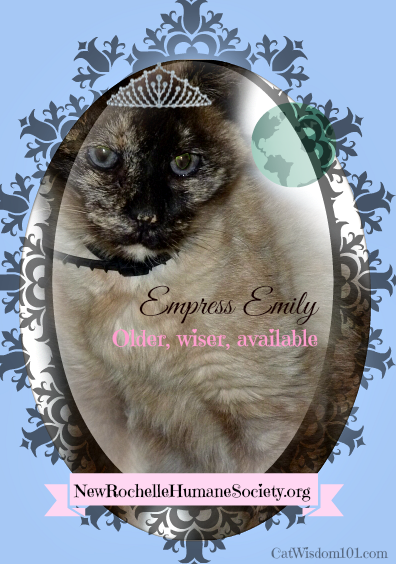 Kitten Season has arrived. A feral mom and her three neonatal kittens are very lucky. After the kittens are weaned, mom will be spayed and released to a feral colony. The kittens are being socialized and are highly adoptable. Three out of four kittens in most shelters will not be adopted. We can prevent untold misery, let’s spay/neuter.

The New Rochelle Humane Society located in Westchester County is easily reached from NYC. They are open 7 days a week. Most days 10 am-4 pm including Saturdays and Sundays.

Adoption donation includes the spay or neuter, vaccines up to date, microchip and worming. All cats and kittens are tested for Felv & FIV.