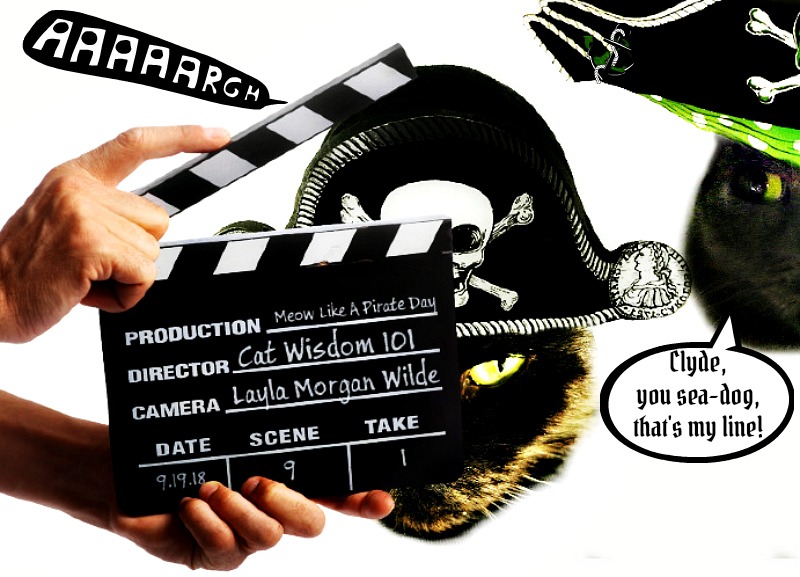 Shiver me timbers, Matey, our friends at Dash Kitten have a blog hop with pet pirates of every stripe. Go and have a grog on us.

Our favorite lexicon of real, albeit misogynistic pirate speak is The 1811 Dictionary of the Vulgar Tongue, originally by Francis Grose. It has a few cat references such as:

This year, one of the cats featured in our book @snuckles47 inspired this year’s graphic. 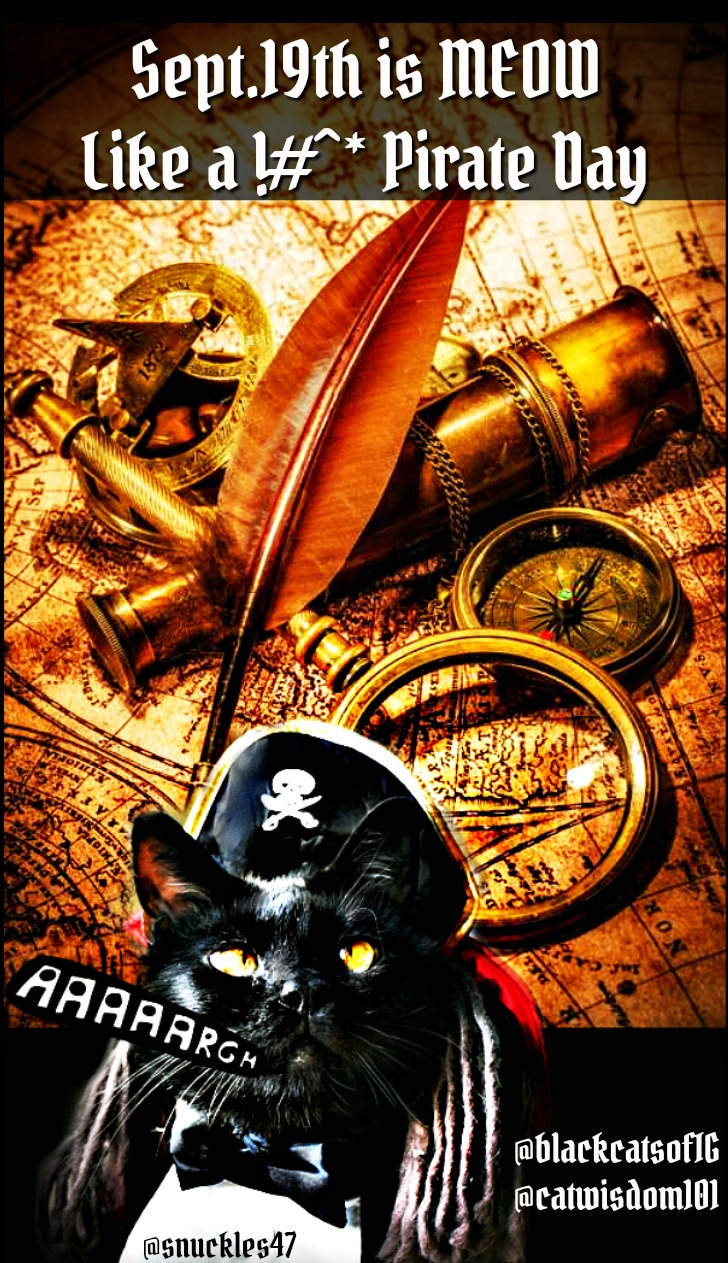 Our crew would not cooperate with any major production. Those scallywags! This is an oldie of Odin and our beloved Angel Radish.

Last year, variations on a pirate cat video went viral on Instagram to no surprise. The pirate costume was a popular choice last Halloween. If you are inclined to dress up Kitty, take into consideration all safety factors. We prefer celebrating with photo editing but this video is hysterical.  Cheers to smooth sailing on Talk Like a Pirate Day, cats!

Are You Playing With Your Cat All Wrong? 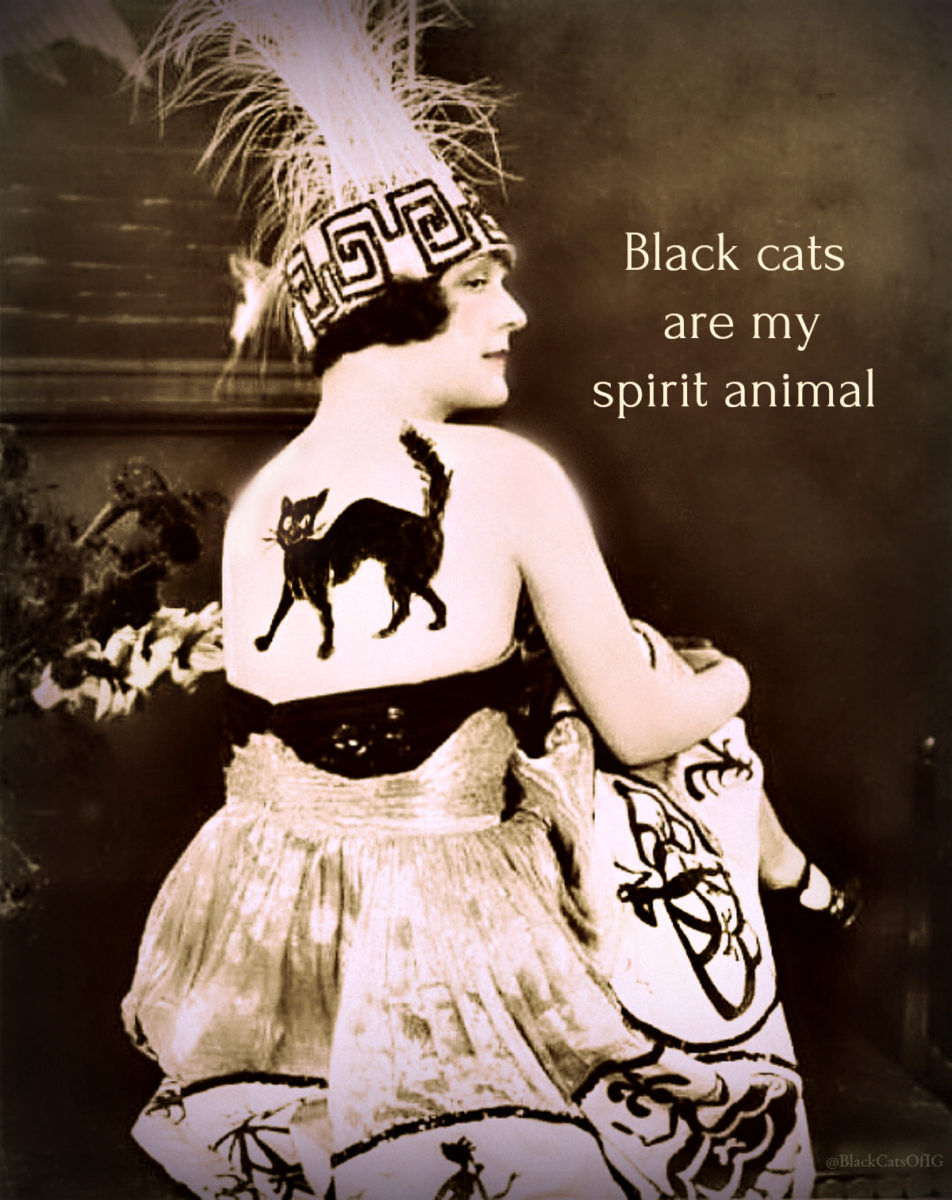 Are Cats Your Halloween Spirit Animal? 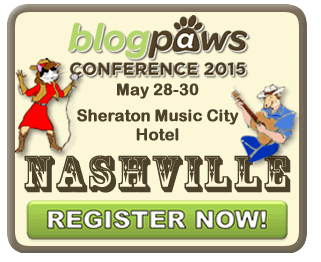