Jackson Galaxy, Odin and Me by Layla Morgan Wilde

Making television is a lot of work. For every minute of air time there can be hours filmed that never see the light of day. For the clip that aired this week on The Daily Show with Jackson Galaxy, Odin and me, the crew spent over all afternoon at our house. There were various set ups and The Daily Show producer, Ian Berger, very kindly sent me a DVD of the shoot’s B-roll. This is the additional footage in film or television and is intercut with the main footage.

Hubby and I were in stitches watching it last night. Odin, of course, being a star felt comfortable in front of the cameras and basked in the limelight. I’ll be posting clips sometime soon. Meanwhile, here are a few behind the scenes stills from the shoot. Jackson Galaxy, Layla Morgan Wilde and the cat star, Odin 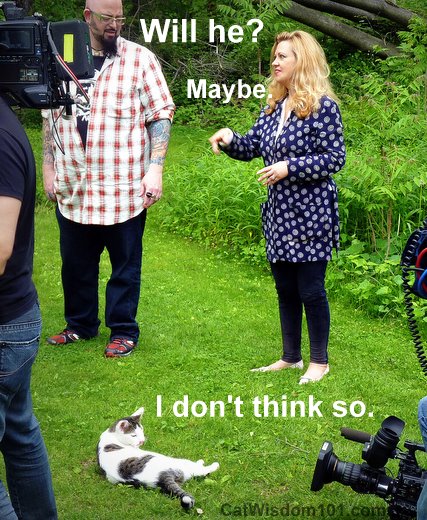 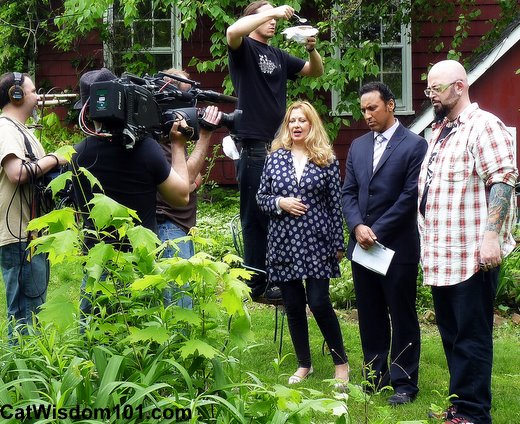 We look dead serious but this was a funny scene with Aasif Mandvi about to be splashed with fake bird poop (an inventive mix of ice cream, yogurt and chocolate sprinkles.) Don’t ask. I hope Aasif has a good dry cleaner. You can see the remaining stain on his shoulder. 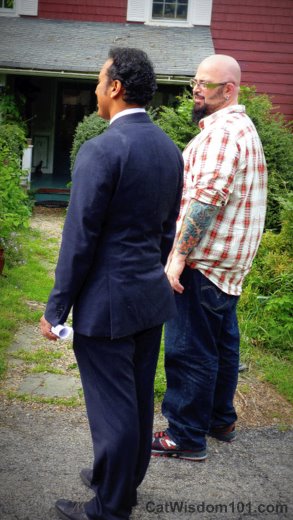 My favorite scene with the best out takes and off-color humor involved Odin showing us his private parts.

Between set ups there was lots of time to chat and compare cat notes on the porch. 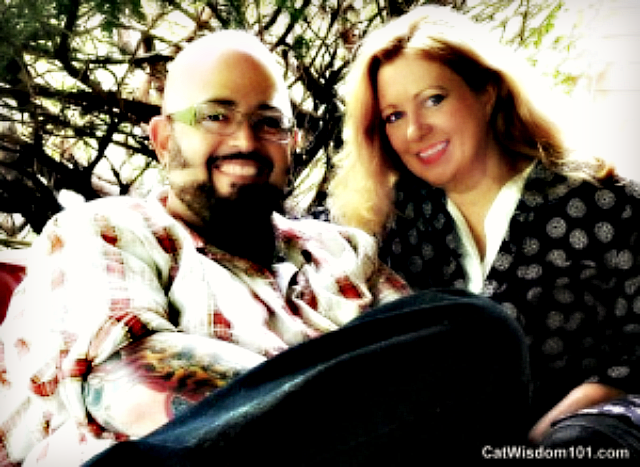 Odin played his part well (for the most part). And when he didn’t cooperate, he still amused us. There was a scene with him furiously digging a hole when they’d rather he climbed a tree. No matter; Odin still is one wise cat.

23 thoughts on “Jackson Galaxy, Odin and Me”