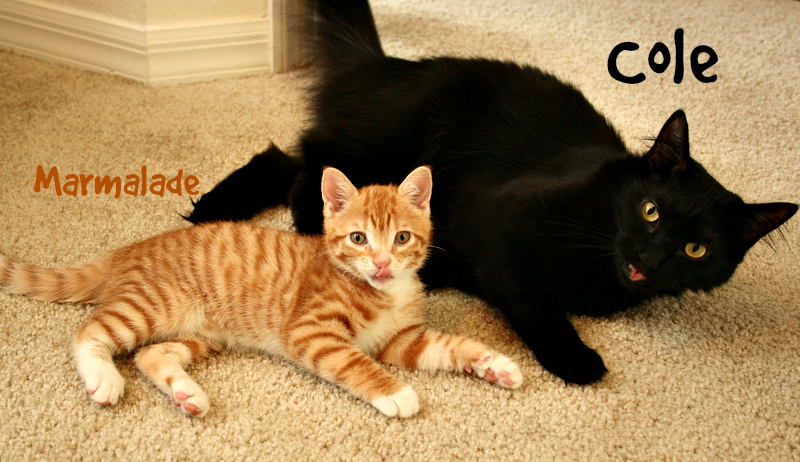 Chris Poole is a self-described crazy cat guy, the creative videographer behind the Cole and Marmalade web series on Animalist and this year’s “The Friskies” Grand Prize winner. He snapped up two of the coveted catuettes and $25,000. 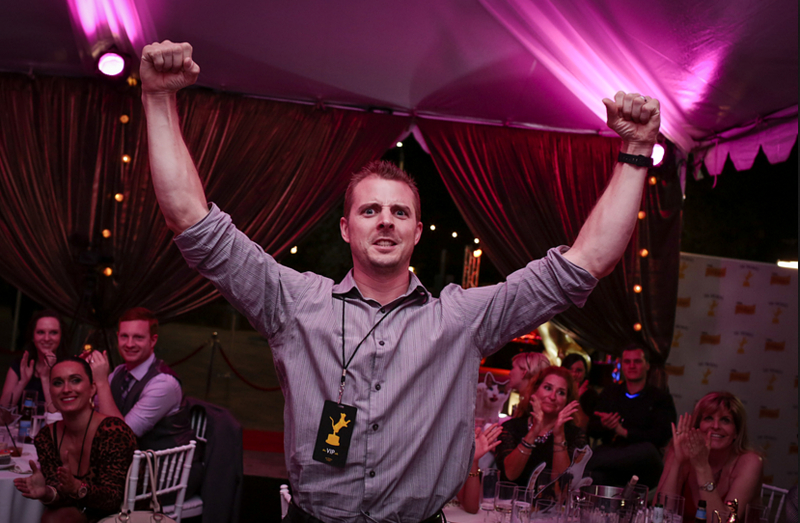 The Friskies is a win win way for the brand to give back. Viewers voted for their favorite videos and Friskies donated 250,000 cans of cat food to ten shelters. Poole won the award for “Dumpster Kitty” in the “Strange” category showing Cole and Marmalade playing a kitty version of peek-a-boo with a trash can.

What’s remarkable is how low tech and yet sophisticated the Cole and Marmalade videos are. Poole uses an inexpensive Sony camera but new equipment and a Go-Pro are on his wish list.

In 2012, Poole won The Friskies award for the adorable video “Black cat stick em up” of his black kitten named Cole. It remains a classic, funny favorite.

Cole sparked Poole’s interest advocating for black cat awareness. He hails from the U.K. where black cats are considered lucky and was puzzled why black cats are the least adoptable cats in U.S. In fact his first cat was a black cat named Sarah and he’s been a serious cat lover ever since.

Poole settled in Tampa, Florida where he worked for many years as a videographer of big cats at The Big Cat Rescue. Tampa is where he rescued a tiny, abandoned black kitten he and his wife named Cole. As we all know, one cat often leads to another and a little orange kitten named Marmalade joined the family the following year. The two boys bonded fast and the two sidekicks are an endless source or amusement and amazement to their real and online friends.

They have a loyal following of their every move and that included a recent move to California. They’ve been without their furniture for weeks and to add to the stress Marmalade had emergency surgery last week. He’s recuperating back home and paws crossed for positive test results. Meanwhile, the three Friskies awards, which are the same size, color and heft of an Oscar, will have to wait to be displayed in the living room. For Chris Poole, the well being of his cats come first.

Since cats are culturally hotter than ever, I’m seeing many kinds of cat men these days but Chris Poole is a sweet, endearing pussycat. I don’t think of him as a crazy cat guy but a man with a deep affinity for cats. He loves making fun, cat videos but equally important  is using the videos to broadcast a positive message about cats, their nature and improving their lives.

When asked I asked him why there is growing fascination about cats he had no theories. He said it could be because cats make us work for their affection or that many of us like being owned by cats. We talked about many things cat related and not. I’ll be sharing a very different kind of interview with him in the near future. Those of us who have lived and loved cats our entire lives don’t question the whys of it. It just is.

I see men like Poole as role models for the next generation of cat lovers. Loving, respectful and unashamed about snuggling with a cat in public. Cole is a daddy’s boy and super snuggler. He’s the ideal black cat to turn old superstitions on their backside. We’ll be focusing on black cat awareness for the rest of the month and excited to share more about Cole and Marmalade next week.