We’re pleased as punch to announce the winner of our Zen Art Giveaway is Bobbie C. Congratulations! Look for an email from Layla Morgan Wilde. Normally, we have giveaway on Wednesday but because it’s the first anniversary Cat Wisdom 101 on Friday, we’ll announce our big, beautiful giveaway then!

In the meantime, I have some crazy cat news. It’s official: I come from a crazy cat people family. My mom’s last kitty died just over a week ago. I blogged about it here thinking at age 87 it would be her last cat, but no. Never say never.

Anyone who has met me knows I’m a bit of a firecracker. The apple does not fall far from the fiery tree. In my family, we march to the beat of many different drummers. My mother decided against all logic and family protestations to adopt a seven-year-old neglected cat from a neighbor in a drama worthy of Desperate Housewives. All I’ll say at this point is it’s juicy fodder for a memoir. When it comes to cats, never say never. 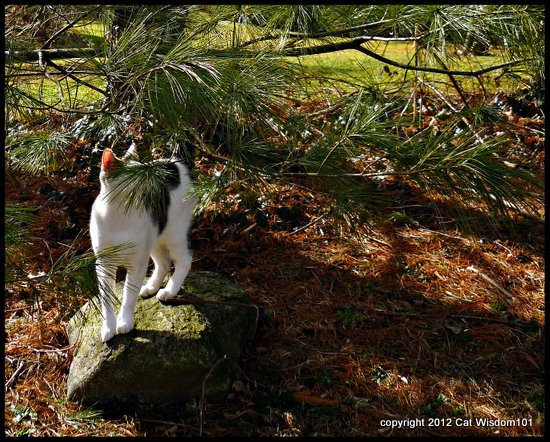