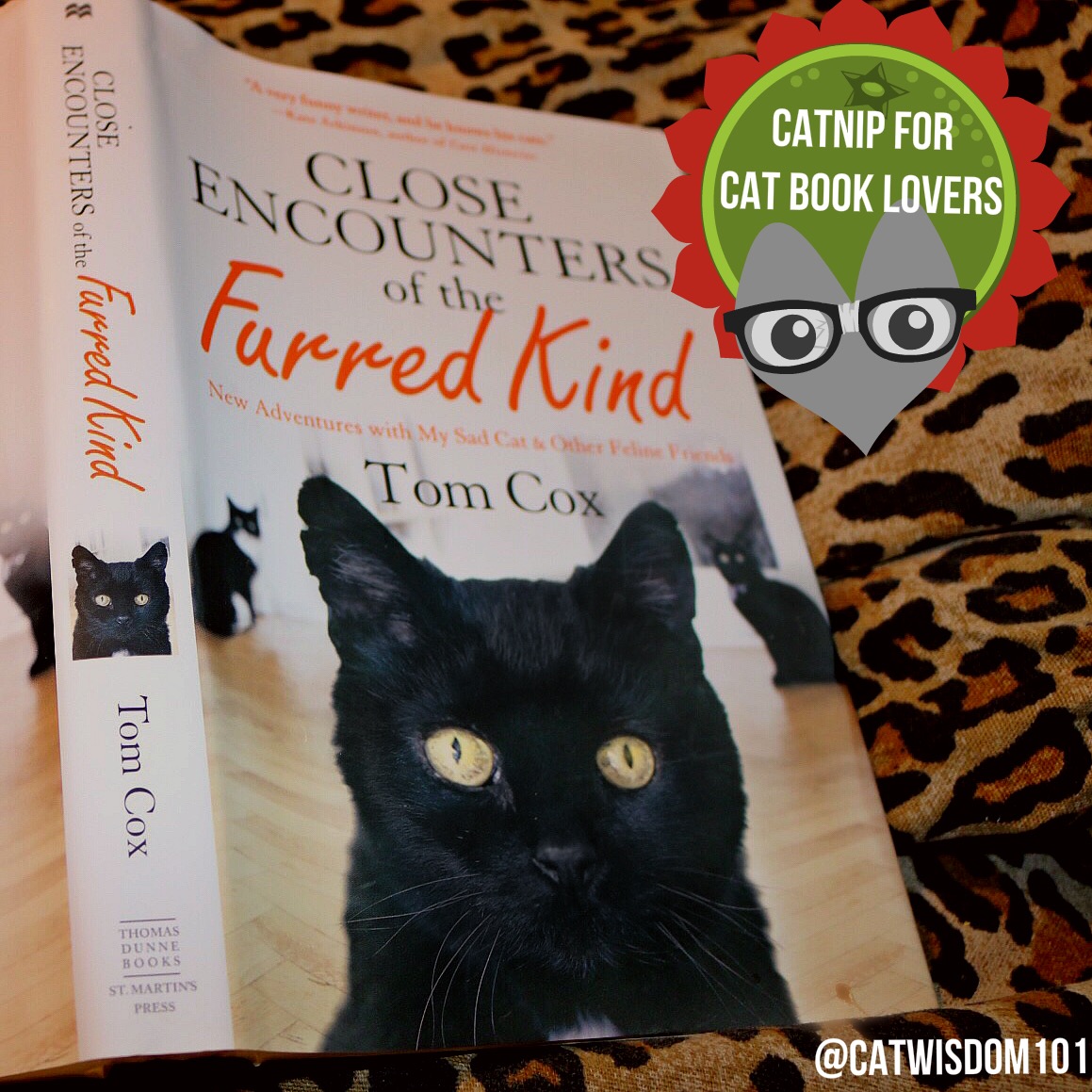 Close Encounters Of The Furred Kind: New Adventures With My Sad Cat & Other Feline Friends, a serious review about a funny book. 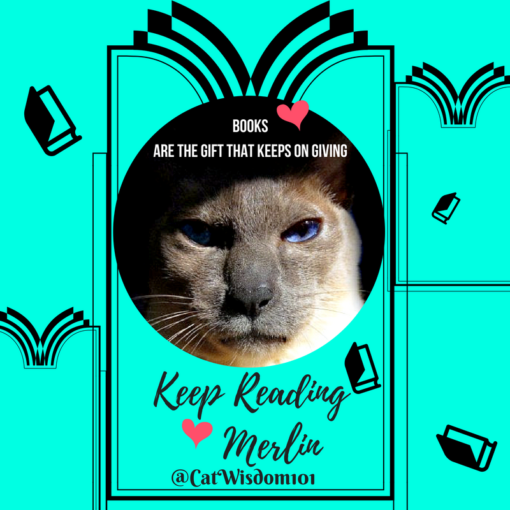 Well, hello dear ones. It’s me, Merlin with an antidote for nail-biting. If you’re like most Americans, you may be chewing your nails or pulling your hair out in anticipation of tomorrow’s election. It’s been the nastiest political cat-fight in history. To alleviate the stress, I suggest a very funny book to get your mind off everything, before or after voting. But please do vote.

We’re massive fans of Tom Cox and his series of memoirs based on his life in the English countryside with his cats. His latest one Close Encounters Of The Furred Kind: New Adventures With My Sad Cat & Other Feline Friends by Tom Cox came out in August. I confess to sitting on it for months after Layla received a review copy which feels like several lifetimes ago. It goes to show how behind I am in my book review duties. Things move at a slower pace in Summerland but I’ll pick it up a notch.

Like all good books, Close Encounters brought solace and a laugh-out-loud escape from a hellish summer. I’d call it wildly entertaining. 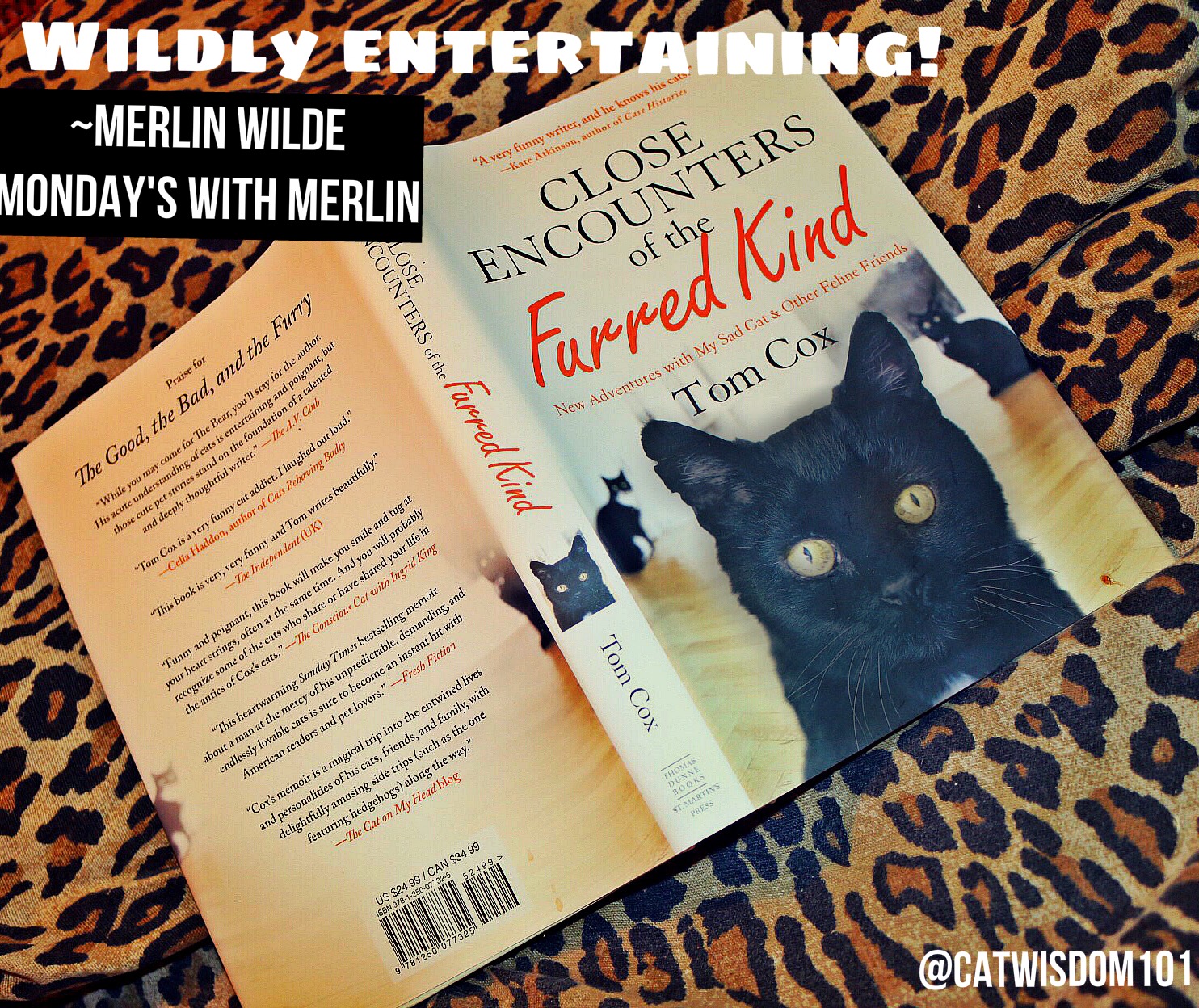 Tom Cox has four cats you’ll fall in love with but my favorite is Bear. He’s an old black cat of twenty with more soul than than a packed blues festival. He’s famous for his sad, wise owl eyes and wry photo quotes @MySadCat. His furbro Shipley, a black cat with a salty tongue,  tweets at @my SwearyCat Prudes beware. They are guaranteed to make the crappiest day less awful.

If you must have a Tom Cox kitty fix between books, he writes long pieces about his life in Devon (with or without cats), deep observations about nature, walking the moors, obscure local history, ’70s music and makes the mundane riveting. His latest is Nearly Northern. 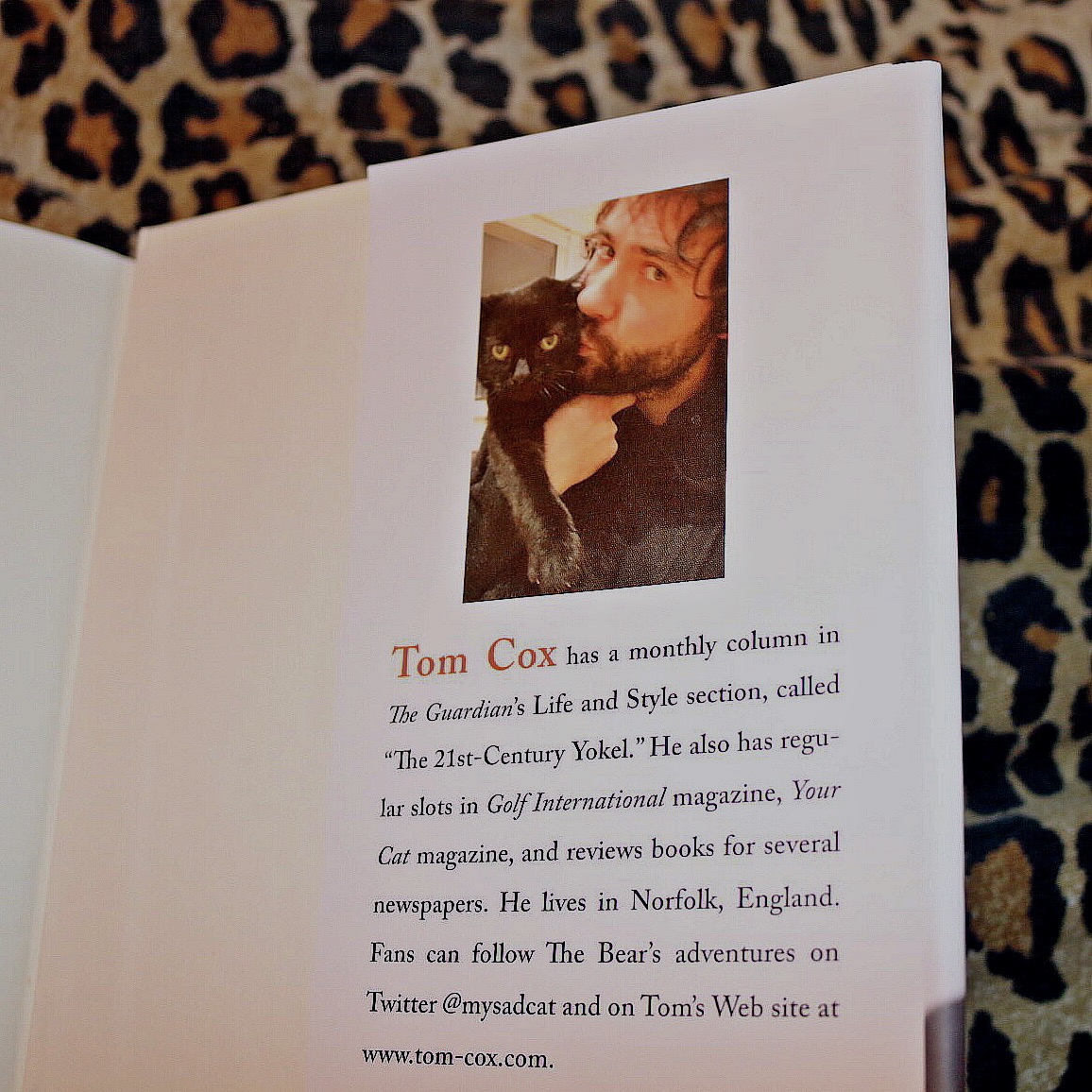 Do yourself a favor and escape to the delightful furry world of Tom Cox. We’ll randomly select a winner for a copy of the book and a surprise from Tom. Tell us in a comment what kinds of things your cats says to you.

From Close Encounters Of The Furred Kind: New Adventures With My Sad Cat & Other Feline Friends:

Have you ever moved house, over a distance of 350 miles, with four cats? If you haven’t, and are thinking about it, I’ll give you some advice: don’t.

If you really must move, try to get the cats to arrange their own transport. Focus on yourself instead. You’ll have plenty to think about as it is, and the cats will only get in the way with their sarcasm and hairballs. I moved from Norfolk to Devon with four cats and it felt like such an impossible ordeal, part of me believes that I actually died somewhere along the way and am now living in some kind of afterlife: very much like real life, but a little slower moving, and with slightly clearer air. “That’s just the West Country,” I’ve been told, but I can’t be 100% certain.

FTC disclaimer: We received a review copy from the publisher in exchange for our honest review. The link to Amazon contains an affiliate link. Cat Wisdom 101 only shares content we feel is of value to our readers. 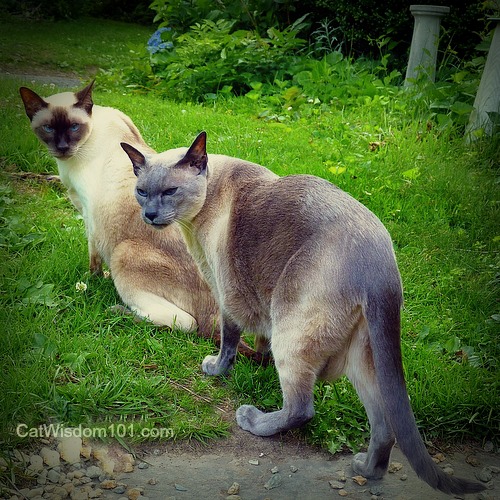 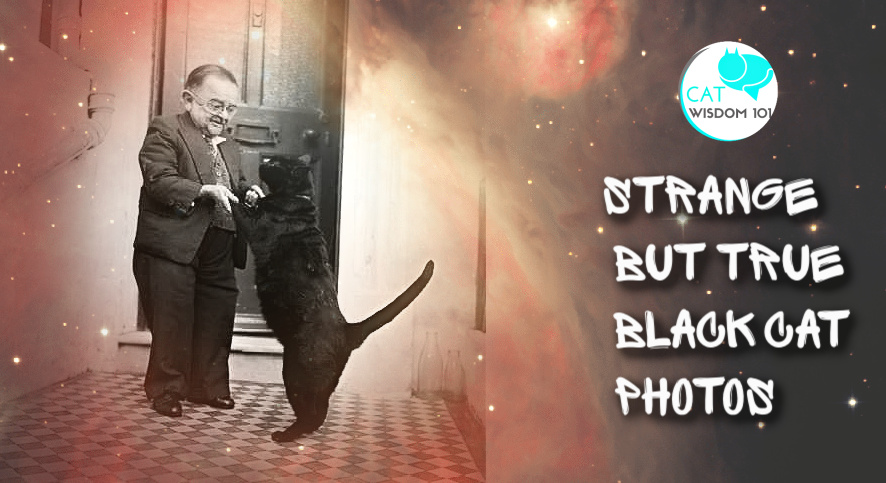 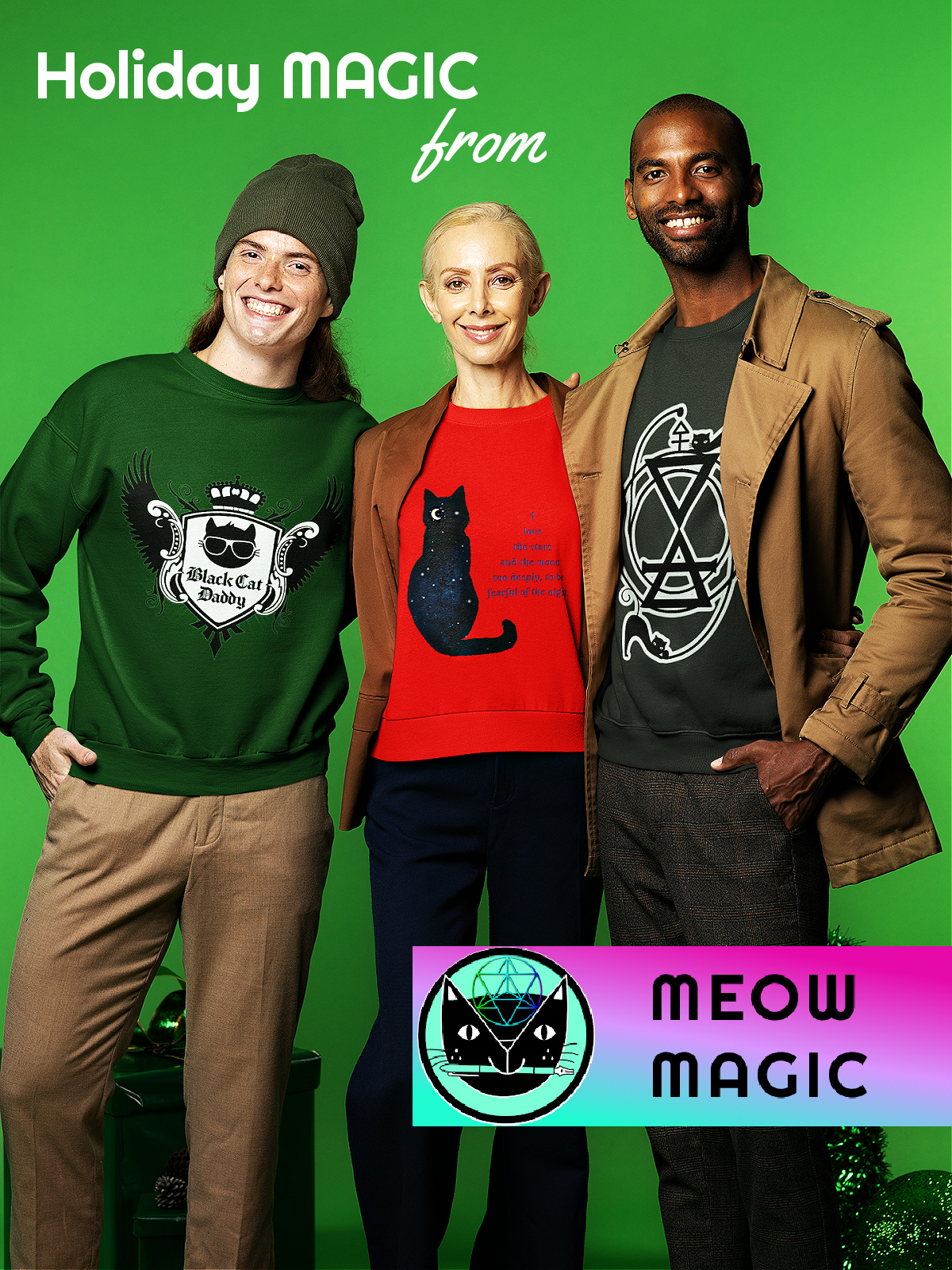