In honor of Fat Tuesday we’re celebrating Mardi Gras with a big fat Tuesday giveaway from Petmate.com with a prize pack valued at over $100.00. 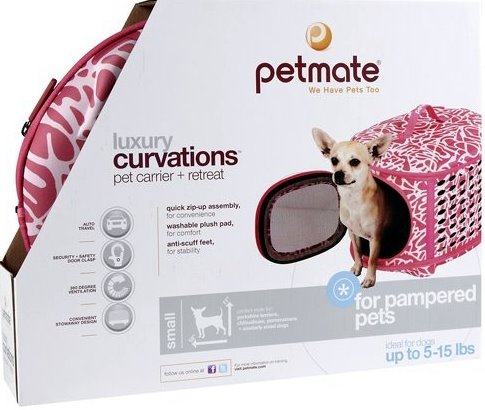 Odin is our most demanding tester and sniffed out the goods. 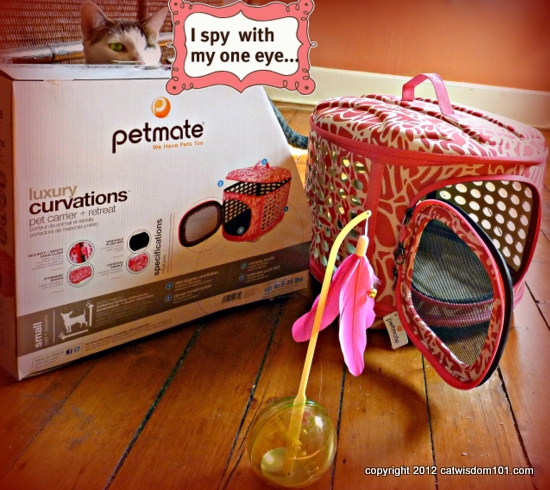 A Curvations luxury pet carrier/retreat and a Booda Balance ball. It’s a good thing he can’t read because the box says: ideal for dogs. Odin is a large and long 12 pounds and found the pet bed a sweet retreat. As a carrier, I’d recommend it for a smaller cat or a small dog. It’s well made, with ventilation on all four sides. If used only as a carrier, its ingenious design folds and zips up flat for storage saving space.

In any case, Odin was more interested in the other pink item with feathers. What cat doesn’t like to catch bird or two? 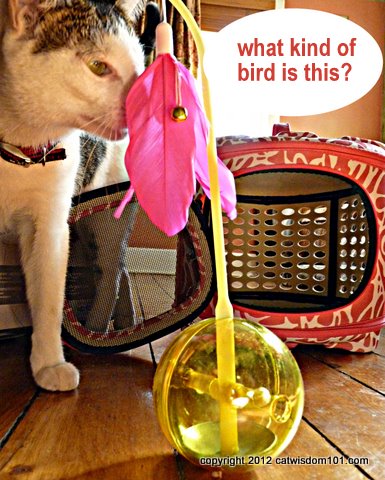 Odin gets more exercise and inter-active play than the average cat but many cats don’t which can lead to obesity. Fat cats aren’t cool but the Booda® Balancing Ball is. Its interactive design is ideal for bringing out kitty’s mighty hunter with the rolling ball, jingle bell and attached bird-like toy.