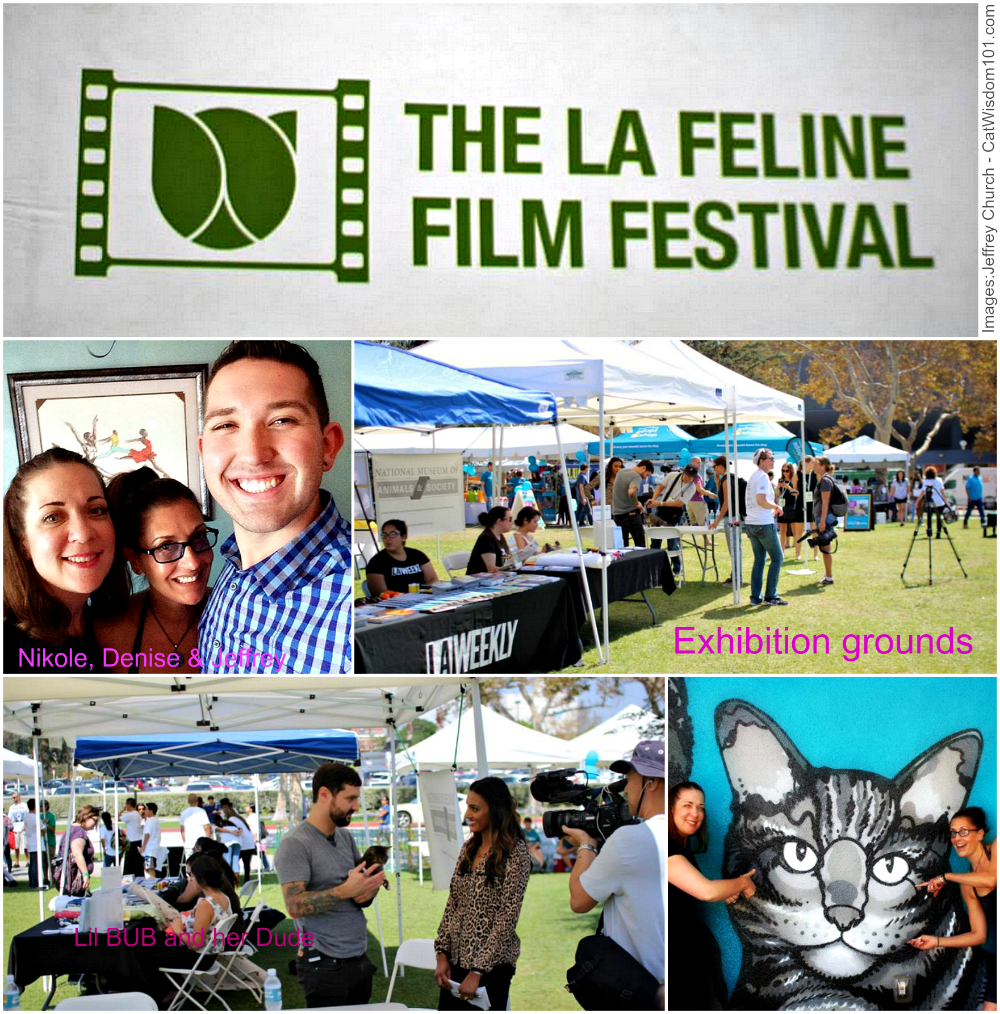 Hands down, there is almost NOTHING that tops the fun-chart more than a road trip to SoCal to attend the LA Feline Film Festival! Nikole and I were at it again this past weekend, following another one of the Walker Art Center’s film events, and this time we amped up the excitement by inviting our close friend, Jeffrey Church, to join our party as our designated photographer! 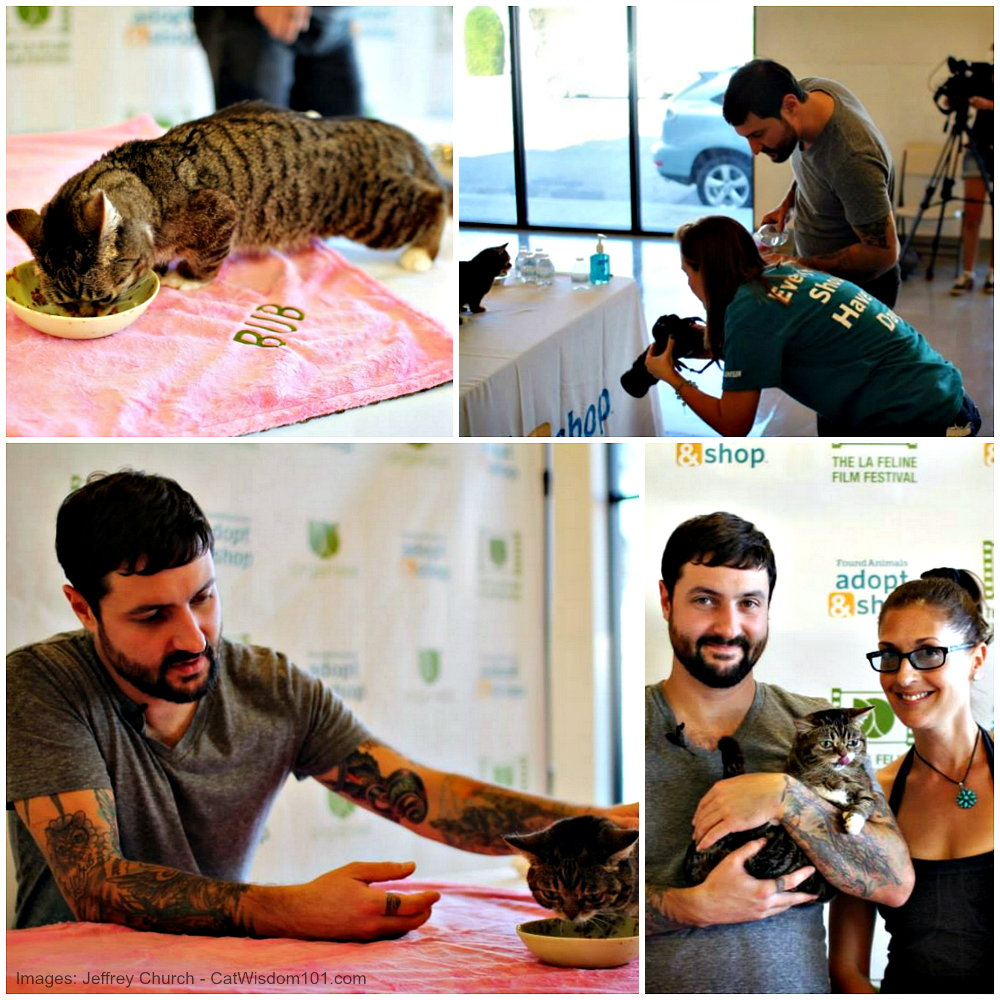 We started off the weekend with a Lil Bub meet & greet that was held on Saturday, September 20, at the Adopt and Shop in Culver City. There, we presented Bub with a custom made baby blanket, personalized in her colors…pink, brown and green, along with some avocados for her awesome Dude, Mike Bridavsky. Bub immediately settled down on the blanket and finished her late lunch. (If you’ve never seen Bub eat, let me tell you that it is really quite spectacular!) As this was the 7th time we’ve seen Bub this year, friendly banter with Mike ensued, followed by tons of pictures with our favorite feline celeb! 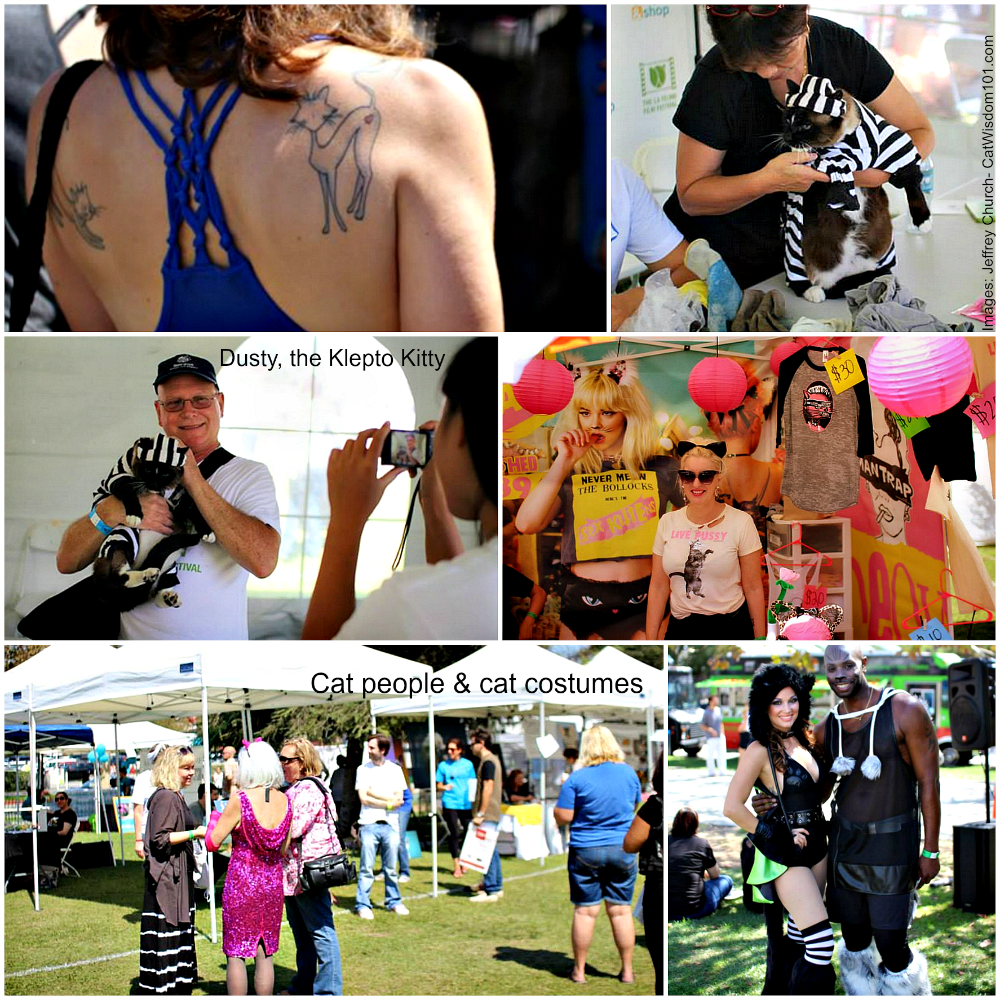 On Sunday, we headed out early to the festival, which was held at Exposition Park. It being LA, the atmosphere and energy was completely different from that which we experienced last month at CatVidFest in Minneapolis. There were far more people dressed up in costume, and the number of people who actually brought their cats to the event was astounding. Also apparent, was that there was tremendous attention being drawn to cat-related causes, such as TNR, adoptions and fostering, outlawing declawing, health and specialized veterinary care. 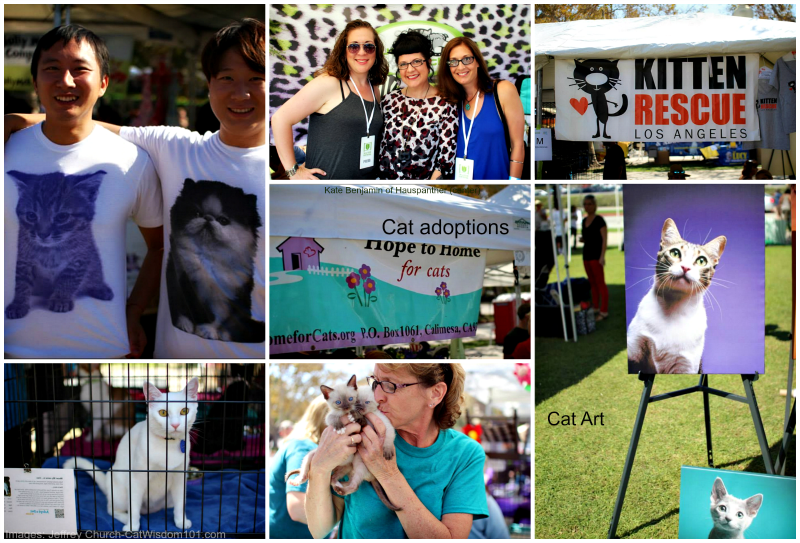 Highlighting the daytime festivities were the celebrity cat meet & greets. Dusty the Klepto Kitty was a huge hit, and was behaving in a very tolerant manner given the warm temperature, and the costume he wore.

Meeting Tara the Hero Cat, and personally experiencing her noble and peaceful demeanor was simply amazing…I also have to add that her owners, Erica and Roger, are pretty darn wonderful too!

And of course, there was Lil Bub, who wowed the audience with a Q&A session followed by an official meet & greet!

As it started to get dark, people gathered towards the stage area to stake out good vantage points from which to watch the videos scheduled to be shown at 8 pm. Will Braden, filmmaker and creator Henri le Chat Noir, greeted the audience, and then participated as one of the judges in a best-cat-costume contest!

The video reel was slightly different from the one shown last month at CatVidFest, and what I noticed most is that the crowd in LA was more reactive to the punchy ‘in your face’ cute and funny videos, and less responsive to the tug-at-your-heartstring clips that had invoked crowd response in Minneapolis. When the videos that were the three finalists for this year’s coveted Golden Kitty Award were shown, once again, it was all about ‘The Engineers Guide to Cats 2.0’, which placed second last month at CatVidFest. Seriously, the guy that was sitting to my right was laughing so hard he was crying, and I had to dig around in my backpack for a tissue to give him!

After about 70 minutes of cat video fun, the reel ended and it was time to head home. I had asked Will Braden earlier in the day about film festival dates for 2015, but it seems they’ve not yet been determined. But once they are, you can bet that Nikole and I (and now probably Jeffrey!) will be making traveling plans once again!