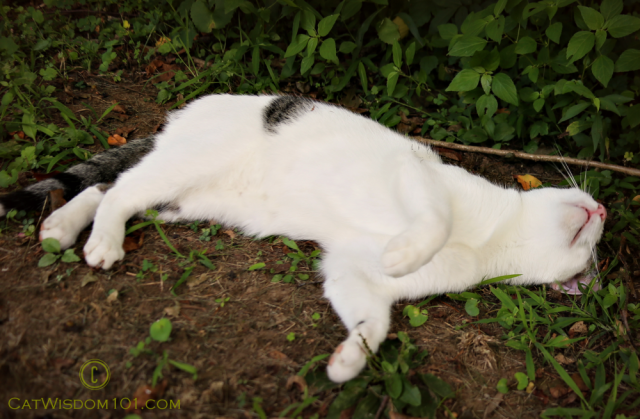 Cat Behavior 101: Why Cats Do The Social Roll by Layla Morgan Wilde (updated 2020)

We’ve all seen it. Cats walking nearby and suddenly flopping over on their back with a wriggle called the social roll, but why do they do it? Like all cat postures, there are subtle variations of meaning but whether it’s a human or animal watching them, it’s a friendly, non-aggressive stance demonstrating comfort. Comfort is a key point. I’ve seen my cats gallivant happily in the rain and snow but not once have they rolled on their back in cold weather. Also, if they are all alone having a dirt bath, I wouldn’t call it a social role since they might be simply scratching an itch. I’ve added other details courtesy of Merlin and Odin.

Please note: The cats featured in the video/TV series live in on the same quiet street in a small U.K. town and are participating in a cat behavior study. Many Americans object to the cats being free to roam but they are spayed/neutered and an indoor/outdoor lifestyle is the norm in the U.K.  There are always risks allowing a cat outdoors but the owners weigh the risks versus the benefits in each case. The cats are highly socialized, living deeply enriched lives and the absence of behavior issues common in the U.S. speaks volumes.

One of the best cat behavior video series that educates as much as it entertains is from the BBC. There are a series of longer one-hour videos but I’m thrilled they recently released a short one on cat communication and the role of the body role. Watch, enjoy and compare what you see with your cat’s behavior.

As Merlin demonstrates his social roll, there is always something else to consider. With cats, any behavior or body language can shift in an instant. And just because a cat shows you their belly doesn’t mean it’s an invite for an “all your can snorgle” belly rub buffet.  Watch for signs of broader tail twitching or lashing as I’ve had enough touching, now let me nap in peace. Whatever cats decide to do, know it’s their decision or in the case of a paw swipe, a defense response. A gentle swipe is a warning. A more threatened defensive response might an extension of claws and other visual cues from the ears flattening, pupil dilating, tail and back bristling and added growl. That should persuade the human or animal to back off but not always. If you didn’t listen to my subtle clues it gets worse. 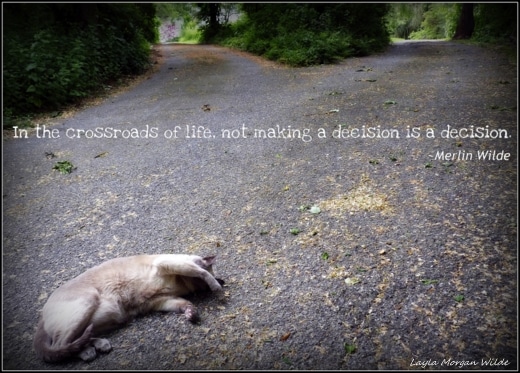 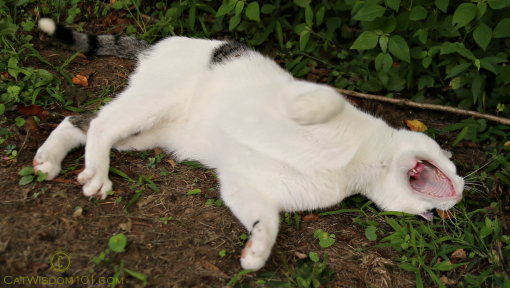 Friendly yawn from Odin after a social roll in the dirt.

And yawn… I know, I know, you probably know all this but until everyone knows, we need to repeat the message.  It’s hard to believe, but it’s the same reason we have to mention the importance of spay/neuter.

Tell us something about your cat’s rolls or any observations from the video. I’m especially interested in cultural differences of opinion.