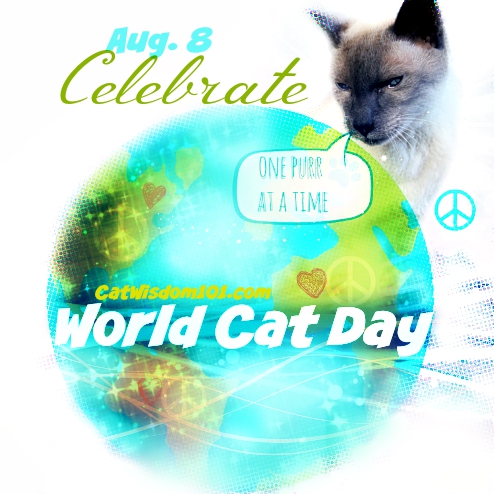 Every day should be about celebrating cats, but today, August 8, is officially World Cat Day aka National Cat Day or International Cat Day. Whatever you choose to call it, let’s celebrate everything we love about cats.

The costumes were not as glam as last year but it was all for a good cause. Every year there is a new theme which takes six months to plan, design and execute the kitty creations. 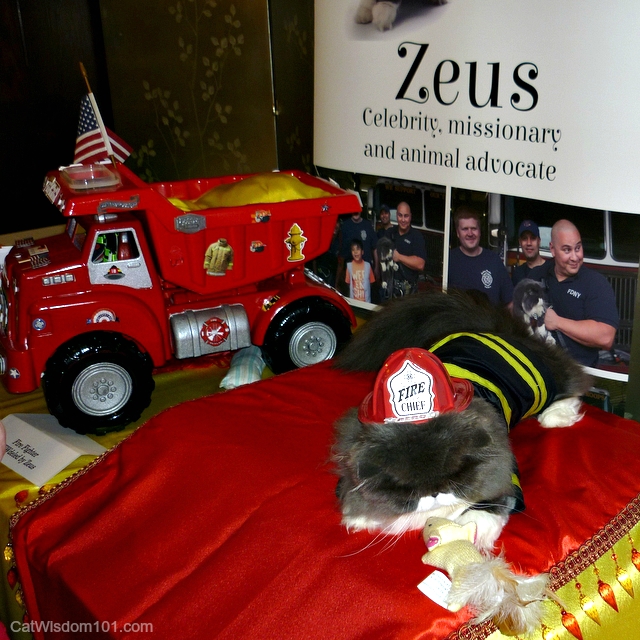 Awards were given to members of NYPD’s Animal Cruelty Investigation Squad. 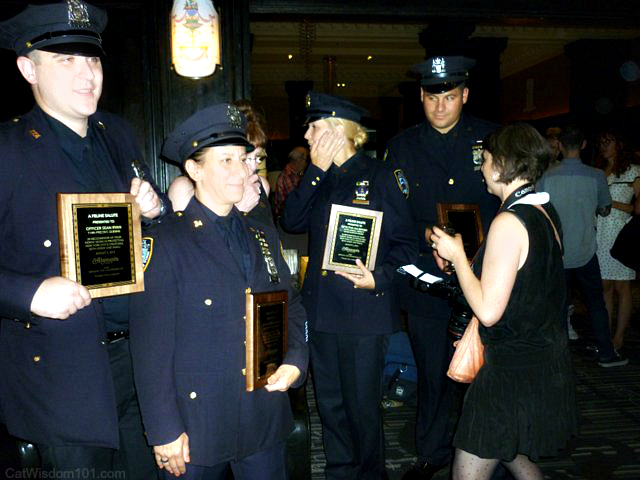 The Algonquin always puts on a lovely event but this year it out did itself with a literary themed buffet. Wine and cocktails flowed and the refreshing signature champagne cocktail “The Matilda” was a hit. A vintage typewriter on the dessert table echoed the hotel’s history as a literary hub for the famous writers “Algonquin Round Table”. 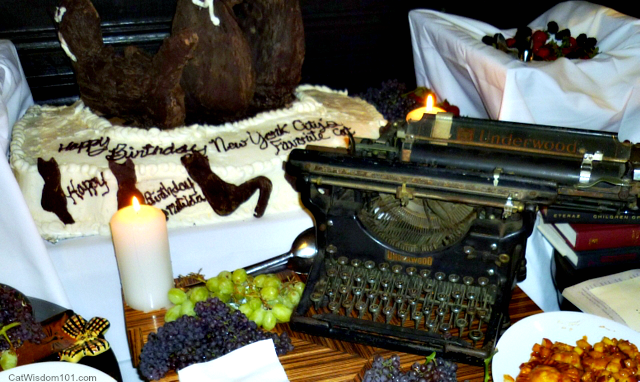 The event is always a fun place to catch up with old friends and meet new ones. Being a foodie, I loved chatting with Seen Lippert, the ex-chef of the storied restaurant La Panisse who has six cats. The team from the Mayor’s Alliance worked hard adopting out kittens and cats from their mobile adoption unit parked in front of the hotel. The annual raffle was the usual hoot with a gorgeous grand prize of a large cat tree from Pet Tree Houses

Matilda may have made a brief appearance but I didn’t see her. Cats are not allowed where food is served are were sequestered in a small room off the lobby where the event was held. The cat area was too crowded for me and I spend only a few minutes there.

Aodhan, a show cat used to crowds and dressed as an MTA worker, calmly enjoys his dinner while others are bored. Some cats love getting dressed up while others, not so much. 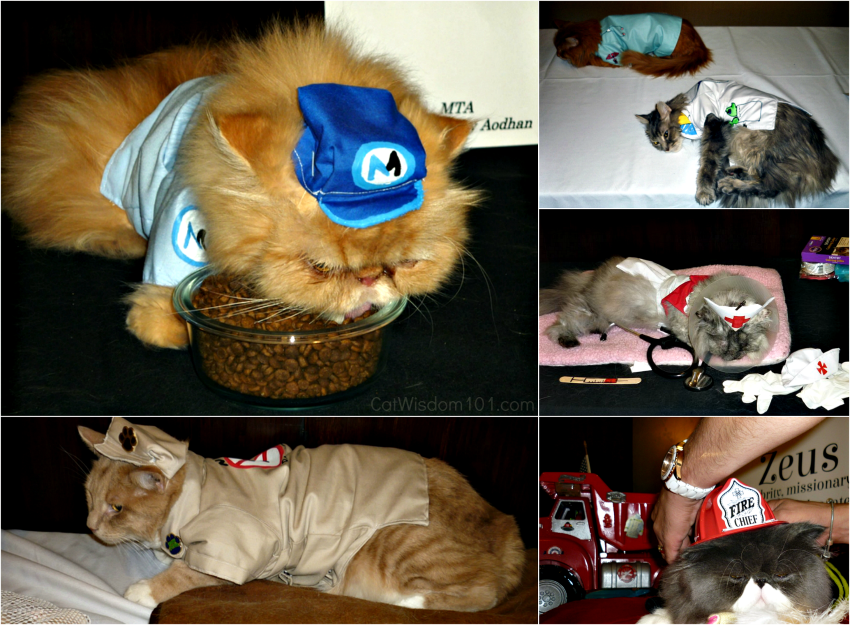 The most creative backdrop replete with a fire truck/bed for Zeus, a rescue Persian who played fire chief is owned by Miguel Rodriguez.

My vote for worst costume included every cat’s most hated “accessory”, the Elizabethan collar on a very patient “patient”.

A first-timer to the event and one of the most chill cats I’ve met in ages is a Scottish Fold named Thunder Fold @FoldCats with her cat mom, Kate Arian. Every Matilda birthday event is different and I’m already looking forward to next year. 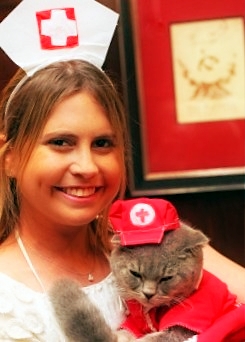