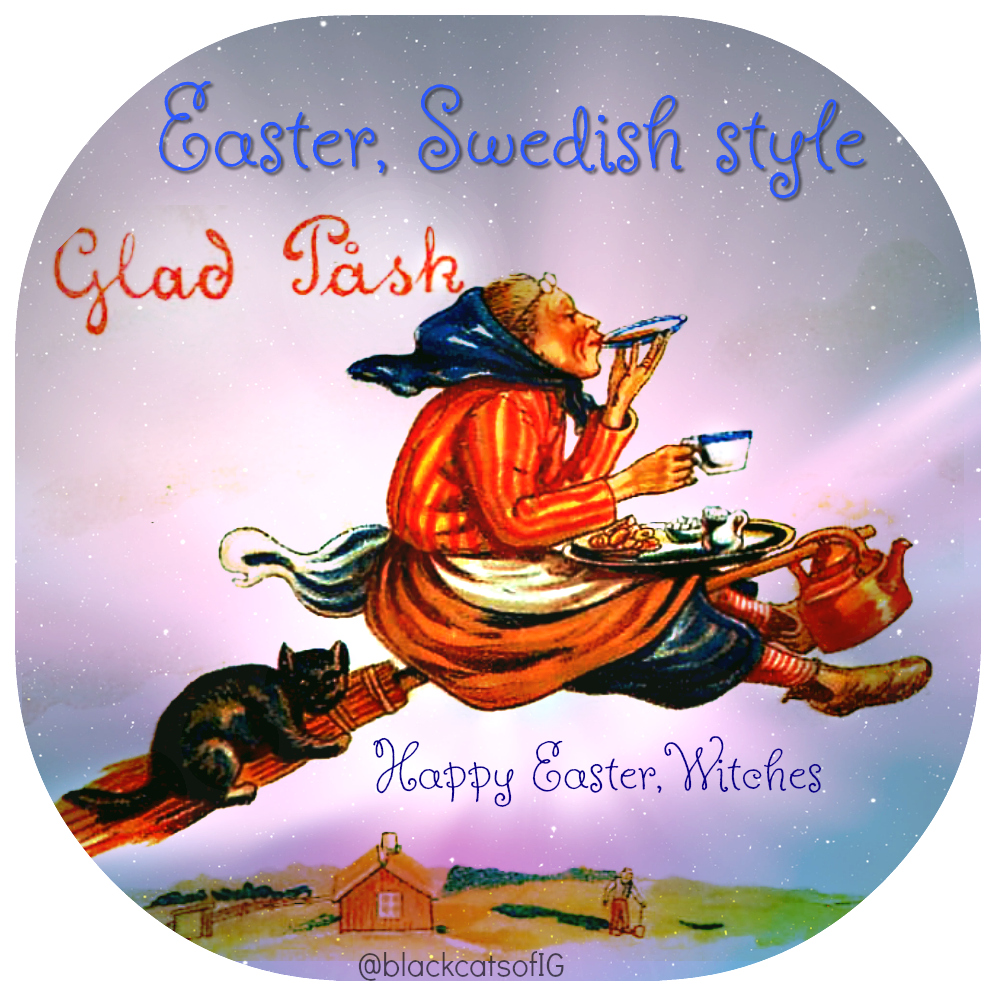 The lighter version of Halloween witches is celebrated today with Easter Witches from Sweden and Finland. I curated, restored and edited a vintage collection of postcards dating from the turn of the century to mid-century depicting Easter witches and their cats. The witches are depicted as more friendly than evil, smiling and happily sipping on cups of tea or coffee with their cats of all colors, not just black. The witches and their anything but evil looking familiars are out for fun on their broomsticks. In later years, broomsticks morphed into other vehicles but usually headed to the mythical island of Blakulla. 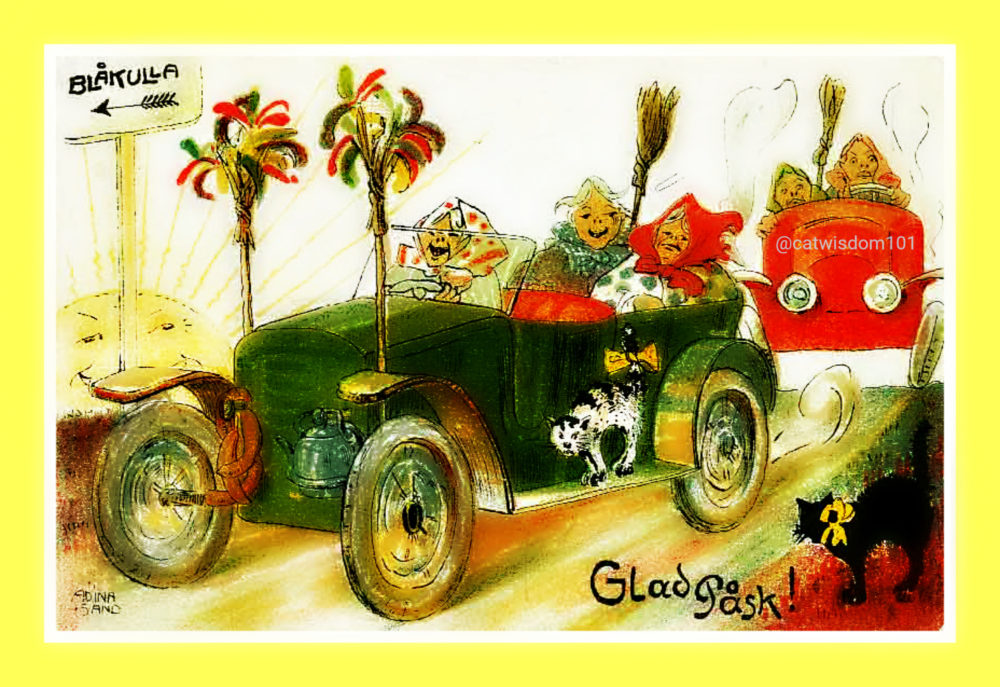 In Sweden and Finland, on the Thursday before Easter Sunday, kids dress up as påskkärring (pohsk-shar-ing – Easter witches) wishing folks a “Glad Påsk!” (Swedish for Happy Easter) or in Finnish, “Hyvää Pääsiäistä”and in return, receive treats. It’s all good and no tricks.

In the 1800s adults dressed up as witches but gradually it became a kid’s holiday and time for family get togethers. These days children wear shawls and kerchiefs instead of pointy hats, carry copper pots instead of plastic cauldrons or pumpkins. The witch brooms are now pussy willow twigs. Sweden and Finland rank high in gender equality and boys can be witches too. The treats are regular Easter treats like chocolate eggs and bunnies but coins are given out as well. 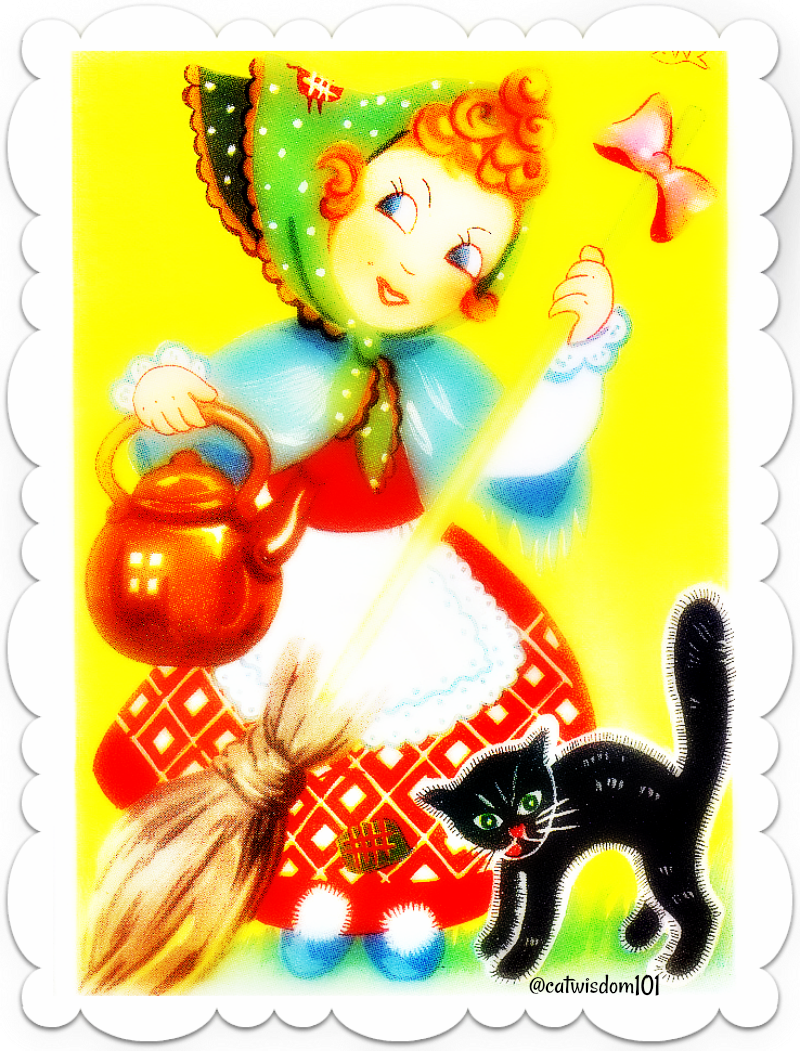 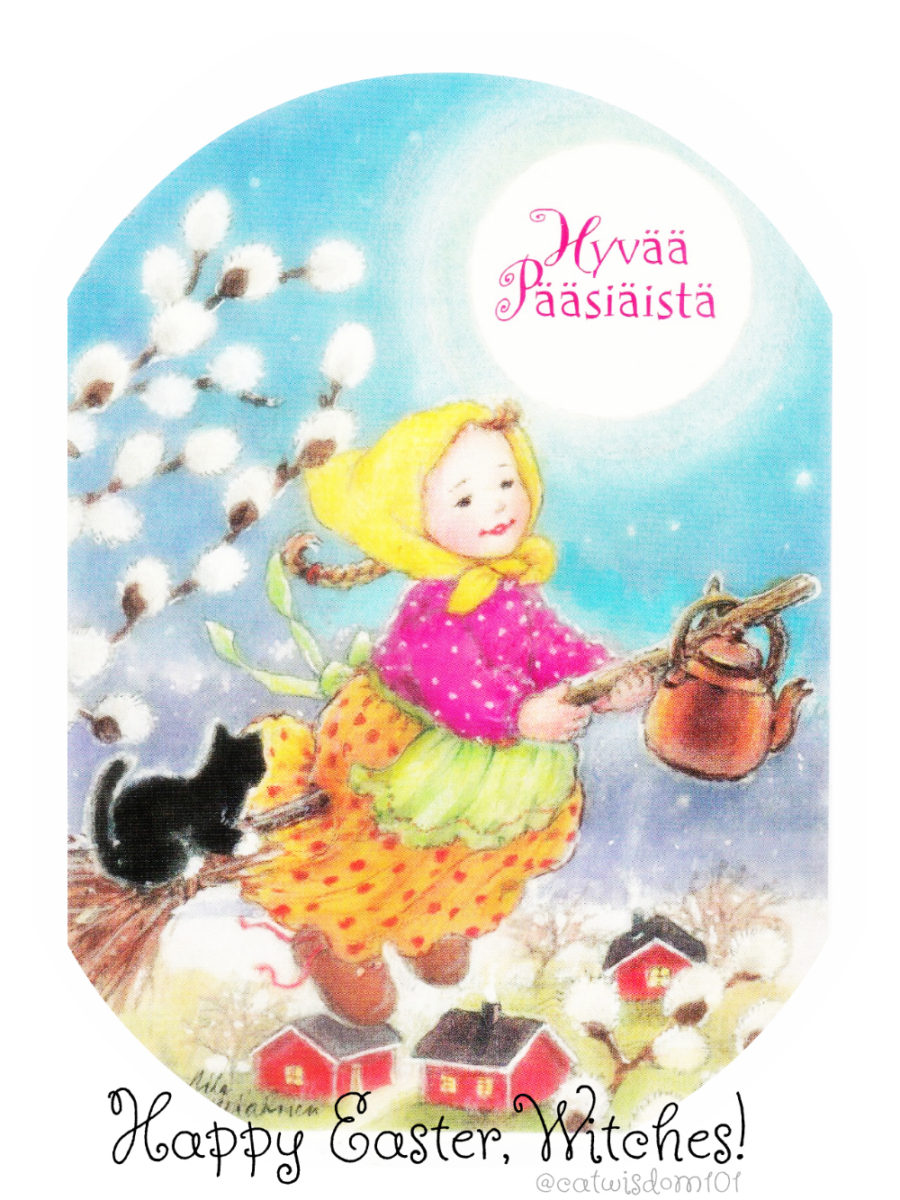 Easter like all Christian holidays has pagan roots and the Easter witches tradition is a Pagan and Christian mash-up. Unlike the U.K. and Europe, Sweden and Finland largely escaped the impact of the 400 year-old witch hunt. By comparison, only a tiny percentage of accused witches (men and women) were killed.  It may explain the friendly, less fear-based vibe of the witches and their continued pagan-based veneration of nature.

On a personal aside, my parents were born in Finland and I’m part Swedish. We had a copper kettle at home like those in the illustrations and yes, my first Halloween costume was a witch.

According to folklore, Easter witches travelled to the mythical Blåkulla (Blue Maiden Island) on their broomsticks with their cats on Maundy Thursday every year. The only problem is the mythical island actually exists and its supernatural power pre-dates Christianity. You can visit the small island called Bla Jungfrun aka Blakulla which is now a National Park.

There is evidence of Stone Age ritual, unusual caves and a stone labyrinth. The island has long been linked with tales of witchcraft, supernatural powers, curses and used by sailors to predict the weather. According to local legend anyone who removes stones from the island would be cursed for life with bad luck. Every year, tourists in hindsight empty their stolen pockets of rocks which are then returned to the island. Superstitions die hard.

Folklore suggests in order to prevent witches from using their broomsticks at this time of year, people used to hide them, light fires, close off their chimneys and sometimes fire guns into the air to scare off the witches. Vintage illustrations often show the witches running into humorous situations on their broom.

While the witches all appear to be women, they are literally in the driver’s seat. As new technology developed, the automobile made way for airplanes. 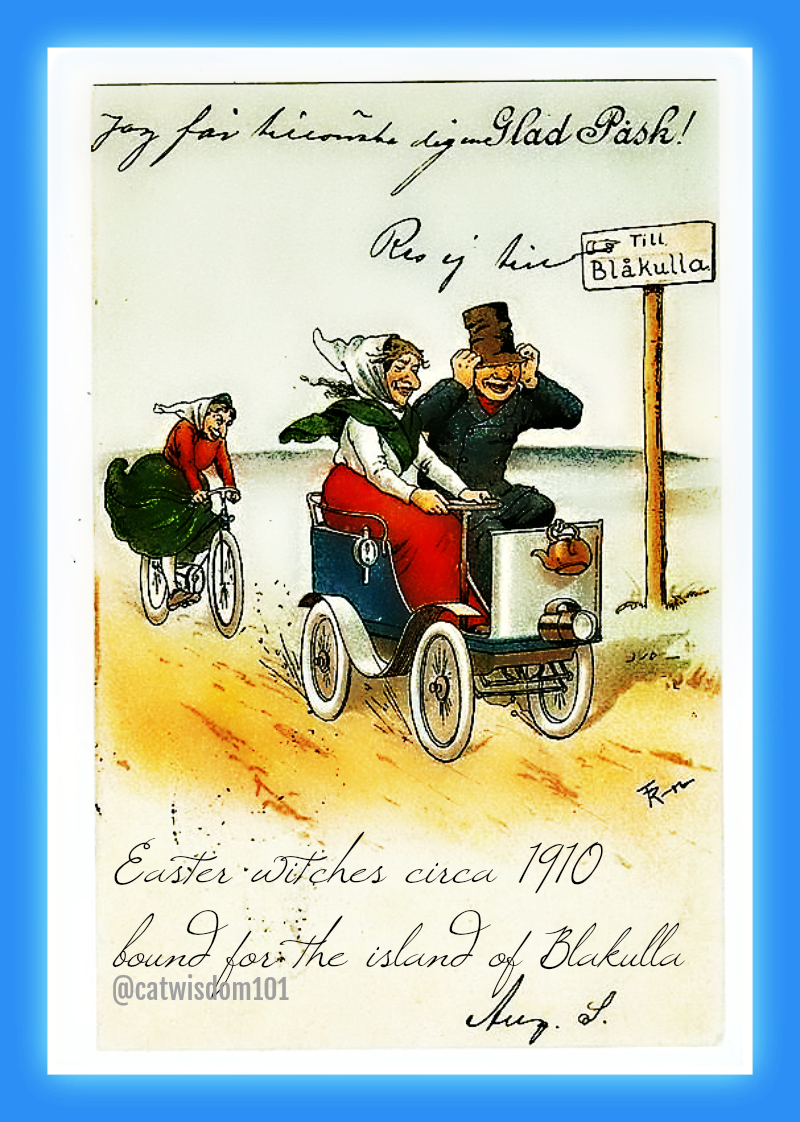 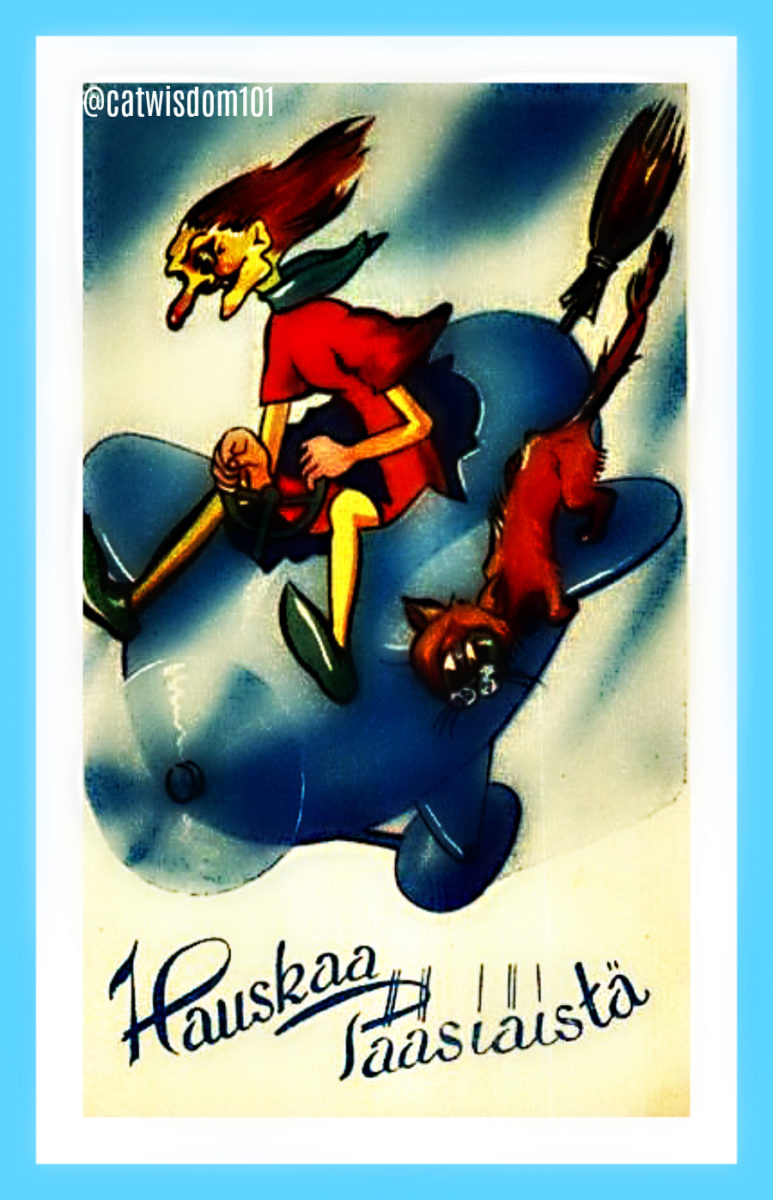 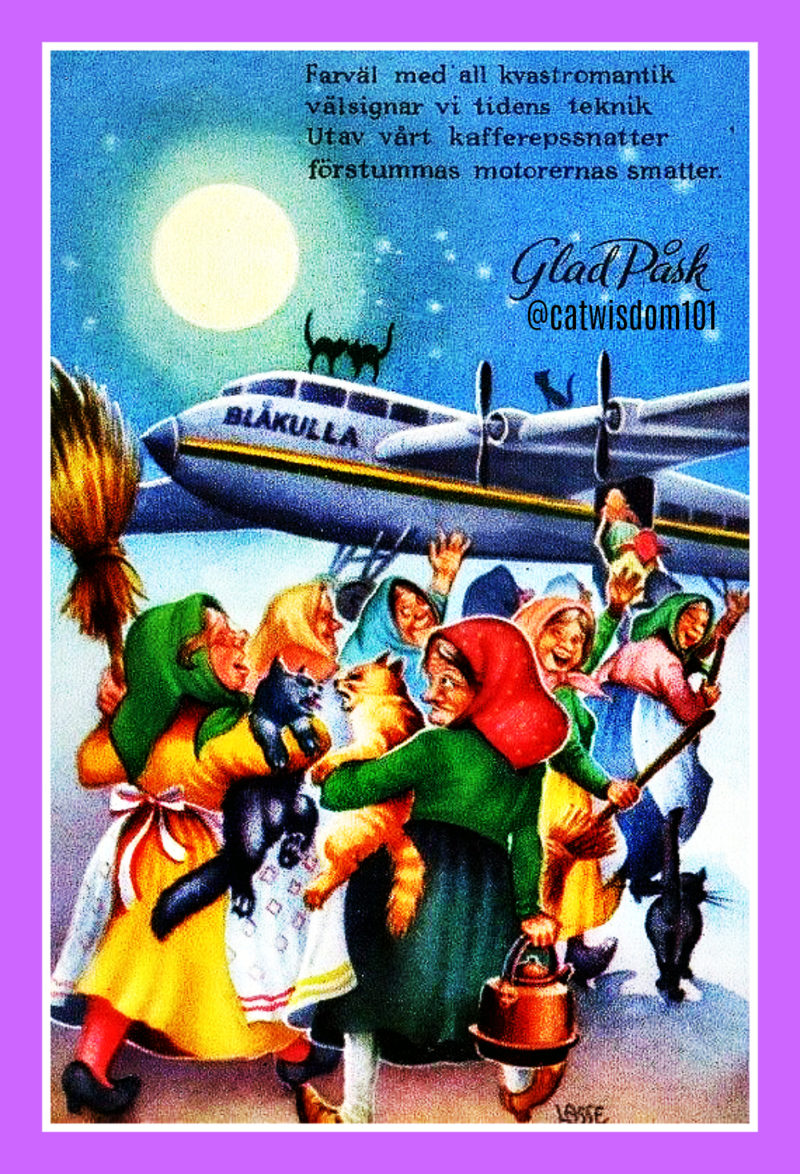 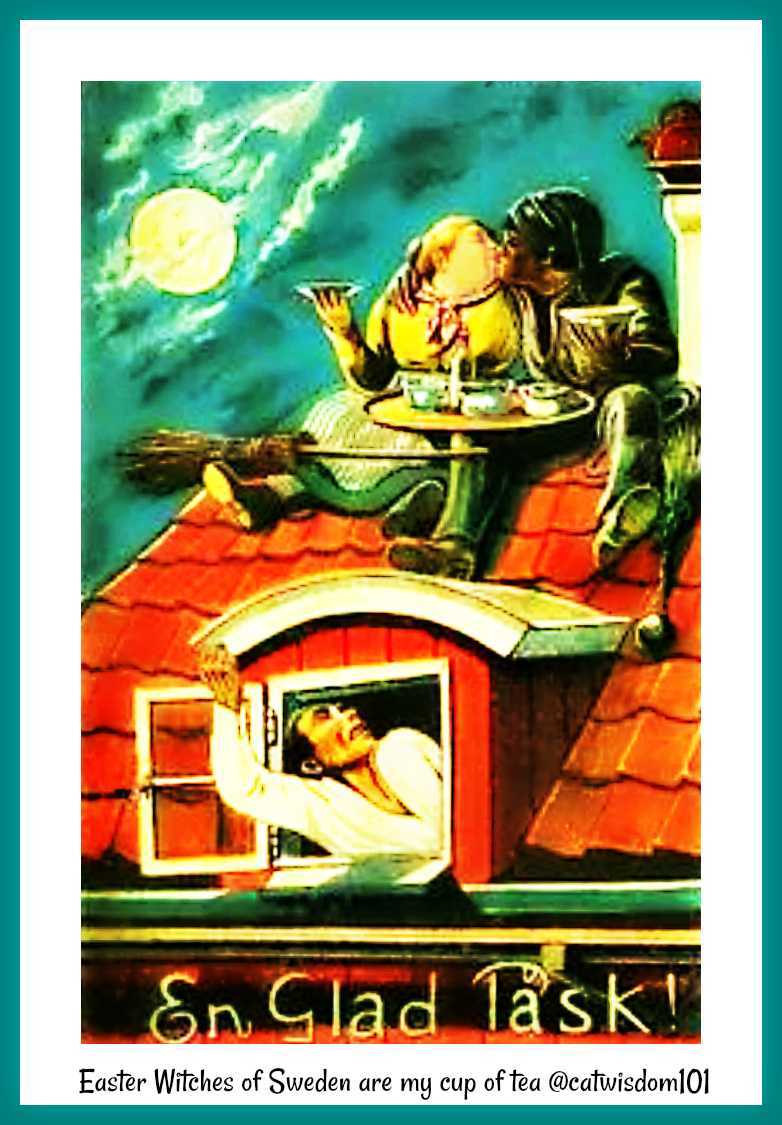 Men play a secondary role with the women enjoying themselves and in this case, kissing the chimney sweep.

In a reverse kind of Santa Claus, the Easter Witch goes up the chimney instead of down. 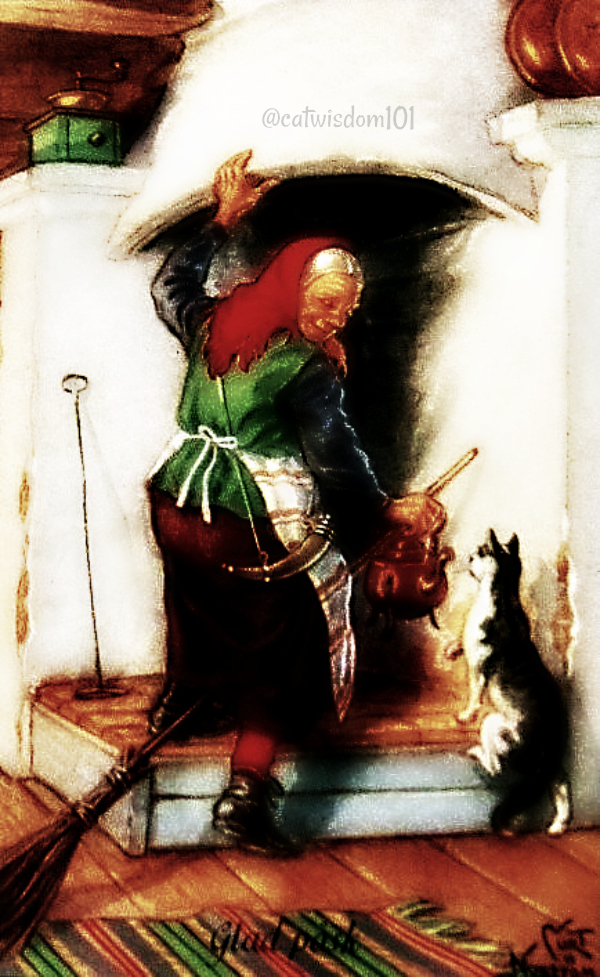 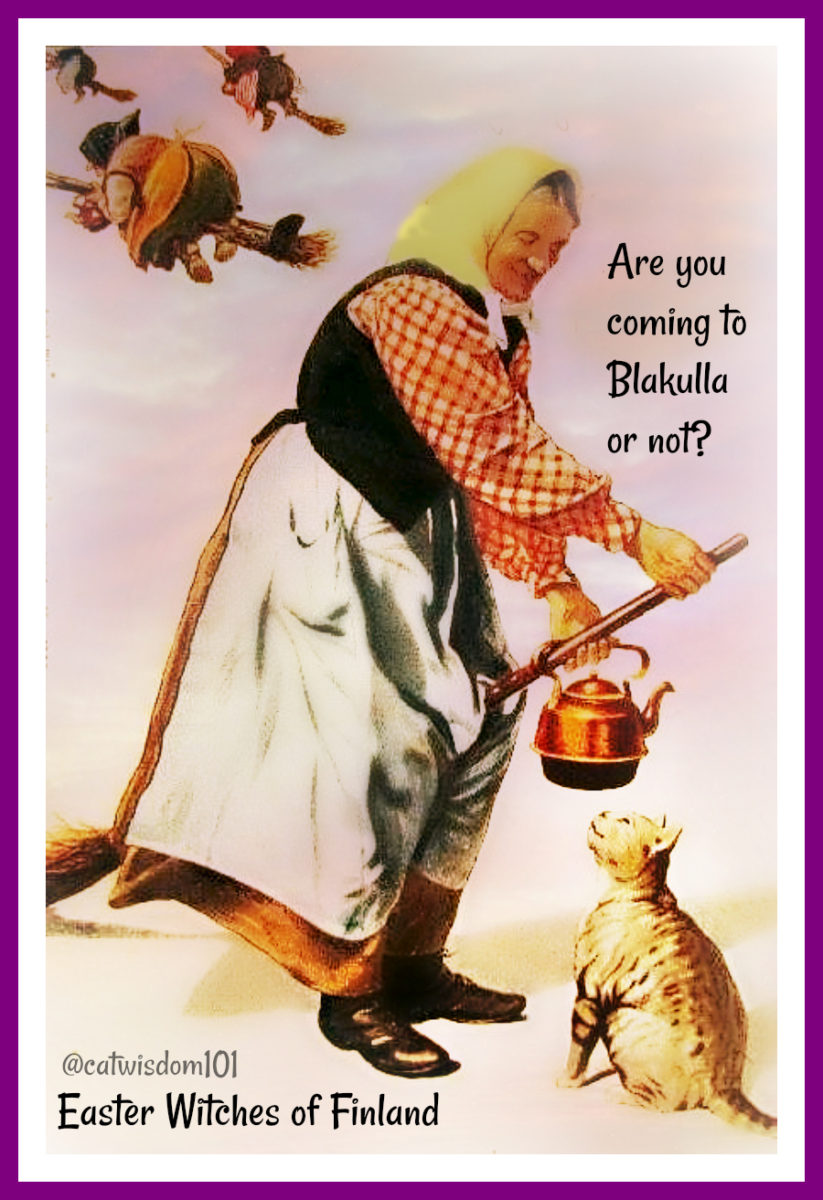 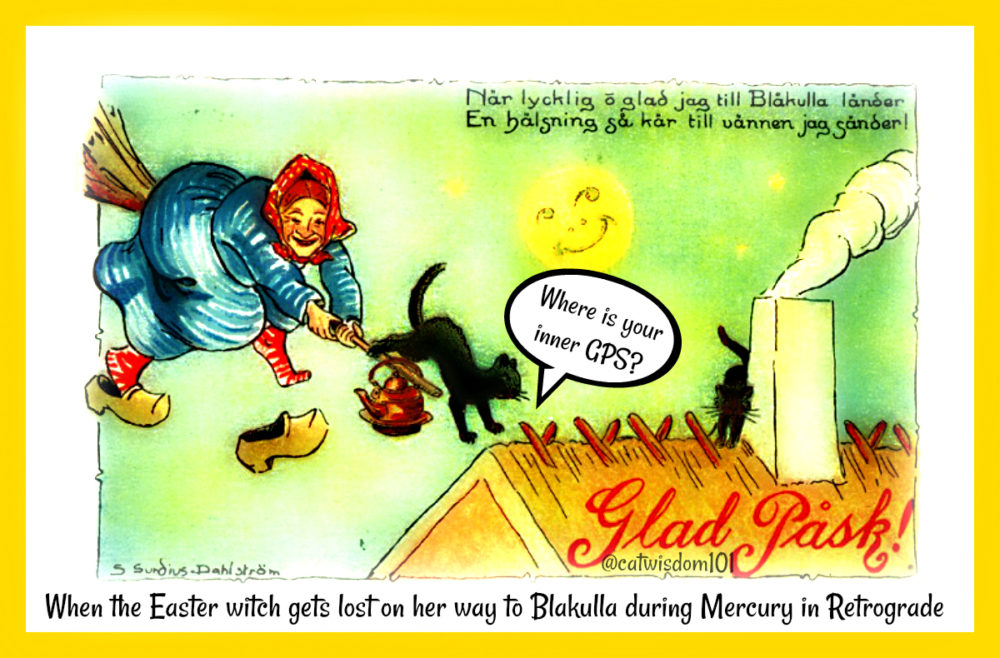 Cultural changes and politics influenced later designs. This is the only card I could find with a dog.  A Sputnik-era cold war aversion to Communism? What do you think is going on? 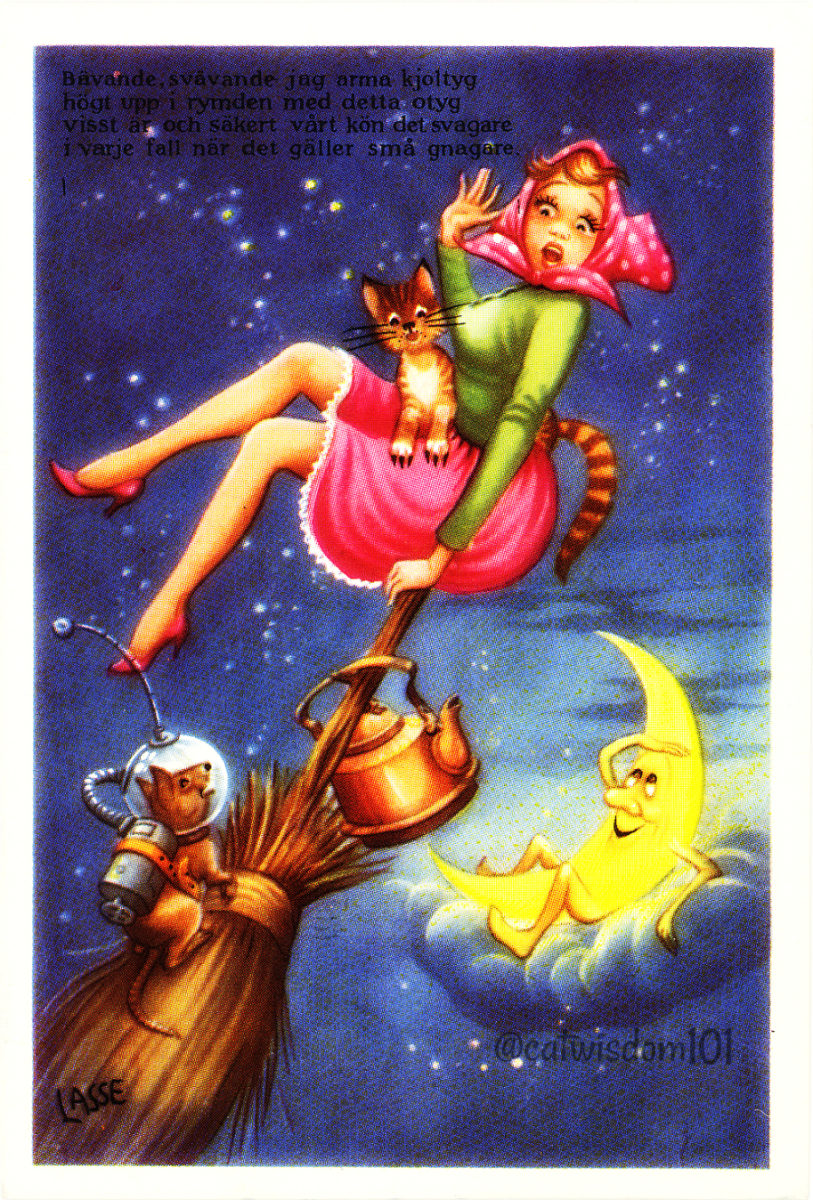 Today no one hides their brooms but bonfires and fireworks are lit for vestiges of witchy revelry. It’s a fun part of holy week. It’s no surprise the Swedes and Finns (myself included) have a sweet tooth and Finland has the world’s highest per capita consumption of coffee.

Happy Easter to everyone celebrating and a happy Passover to our Jewish friends and readers celebrating their first seder tomorrow. 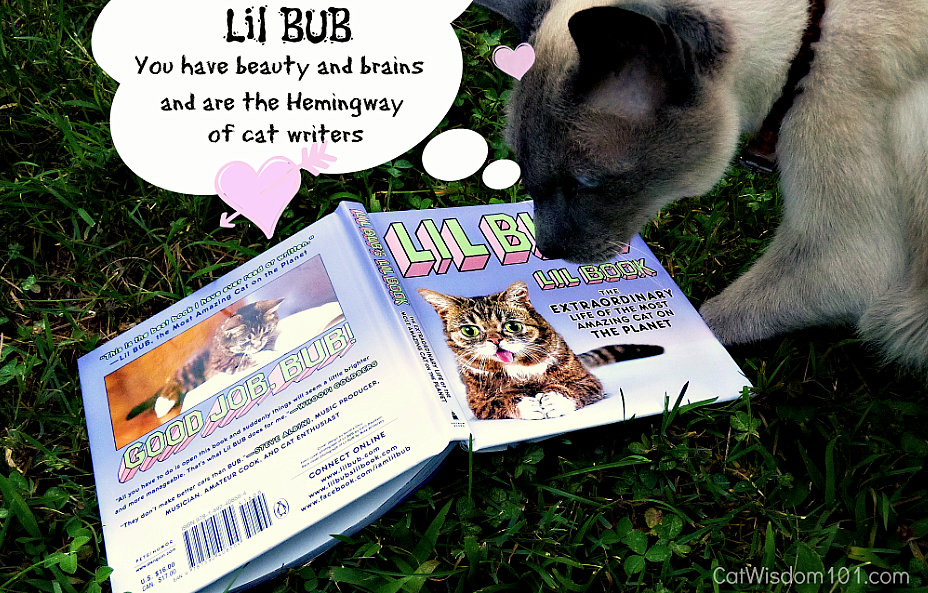 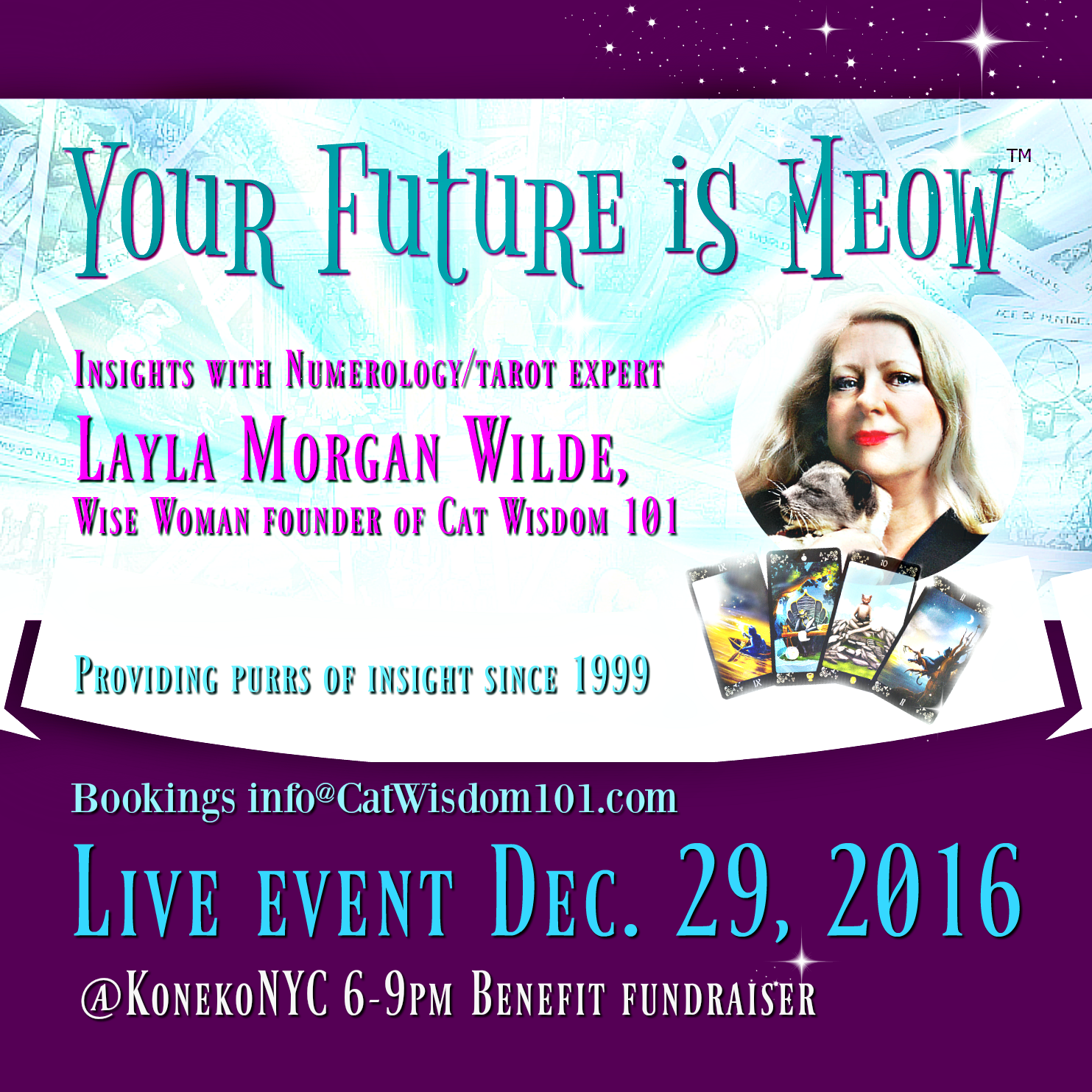 The Future Is Meow With Layla Morgan Wilde at KonekoNYC 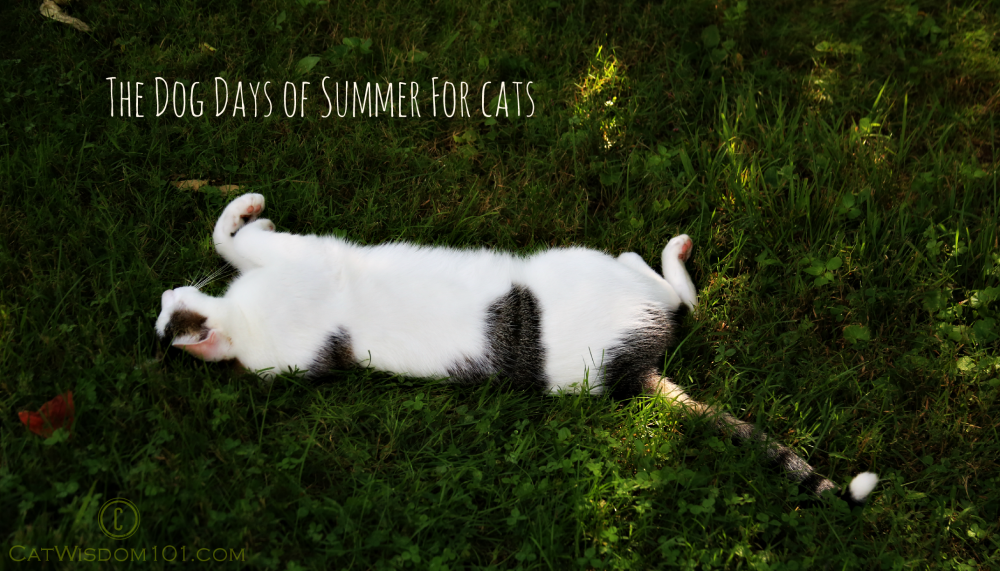