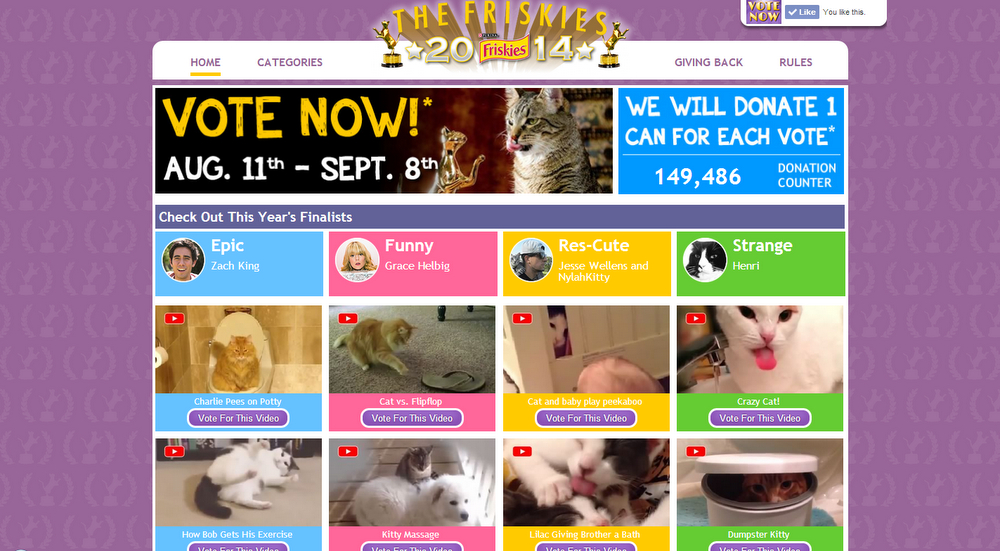 Just when you think the world couldn’t go more cat crazy, it does. Yesterday, The International Cat Video Festival at the Walker Center in Minneapolis dazzled thousands of #catvidfest fans. The festival burst on the scene in 2012 with a crowd of 10,000. Since then, the sky is the limit. Animal Planet ran live streaming video of the event, curated by Will Braden, the maestro filmmaker of Henri Le Chat Noir fame. He’s taken the reins of #CatVidfest on an ever growing film fest circuit.

It turns out the sky really is the limit for cat video consumption. British Airways is launching a new ‘Paws & Relax’ entertainment channel on board long-haul flights from September 2014. The channel is dedicated to showing cat (and dog) videos. I can guarantee you other airlines will play copy cat. Who will the first U.S. airline with the smarts to jump on board?  Maybe pet-friendly JetBlue who sponsored the coast to coast flight of Tara The Hero Cat?


Cat videos are so captivating everyone thinks their video might go viral. Alas, Henri Le Chat Noir sets us straight in this video.

His so called thieving filmmaker director, Will Braden is judging the Friskies Cat Video Awards again this year. I attended the gala awards in NYC last year, interviewed the judges and had a blast.

This year there are 12 finalists in four categories: “Epic, “Res-Cute”, “Funny” and “Strange” which is my unbiased favorite but don’t listen to me, make your own choice. Of the three “Strange” finalists Dumster Kitty is my favorite, so far.

Remember, every time you vote for a video ( you can vote for all 4 categories daily) Friskies will donate 1 can of Friskies®, up to 250,000 cans to shelters.

Enjoy and go vote The 2014 FRISKIES

Vote THE 2014 FRISKIES and tell us which is your favorite category or video.

11 thoughts on “The Sky is The Limit for Cat Videos”