Welcome to Black Cat Week where we’ll be celebrating all things Black Cat. As we creep closer to Halloween, pumpkins and spooky decorations are popping up along with the iconic black cat imagery. It’s hard to believe but not everyone thinks that black cats are beautiful or desirable or horrors, unlucky. Us Cat Wisdom 101 boys, Merlin, Odin and Domino can’t understand why.

The truth is black cats in North America are the least favored color for adoption. 50% less. Why? For no logical reason. These sleek, smart house panthers are mired in superstitions dating back to the Middle Ages when all cats but especially black cats were wrongly associated with devil worship and witches’ familiars or assistants. The witch hunt, sanctioned by the Roman Catholic church triggered The Burning Times which raged on for 300 years, a holocaust of countless innocent women and cats. With the cat population decimated, vermin with fleas carrying Y.pestis spread and the bubonic plague killed over 25 million Europeans. In France, thousands of cats were burned alive in monthly sacrificial rituals until King Louis Xlll banned the practice. People had forgotten how  venerated cats were in ancient Epypt and how valuable their mousing skills were.

Since the Burning Times black cats have continued to flip flop in popularity. Sailors have always considered cats, especially black ones to be lucky. In many cultures, from Japan to the U.K. black cats are considered lucky but in the U.S. black cats have a mixed reputation. The likely source is a superstition dating back to the Salem in 1692 witch trials where “witches” accused of witchcraft. Sarah Phelps the seven-year-old daughter of one of the accused testified that her mother’s black cat talked to her.  These days we’d question her testimony of course but black cat superstitions are alive and well in 2014. How crazy is that?

Hello, aren’t we in the 21st Century? Isn’t it time we put this old myth to rest? Black cats are just like other cats. Black cat lovers will say they are sweeter, smarter and more magical. They feel lucky having them around but  every year we trot out hags on brooms and scary looking cats for Halloween. The symbolic imagery is very powerful and it perpetuates the myths. I’d like to see more positive images like this vintage book cover. 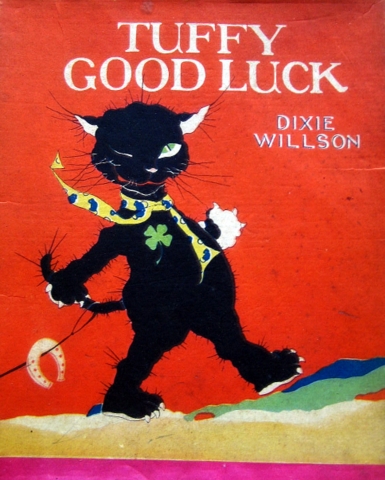 Tell us how you feel about black cats and their superstitions. Did you ever believe them?

Only four more days left for Merlin’s birthday wish fund for shelter cats. Thanks so much to all those who contributed or shared. 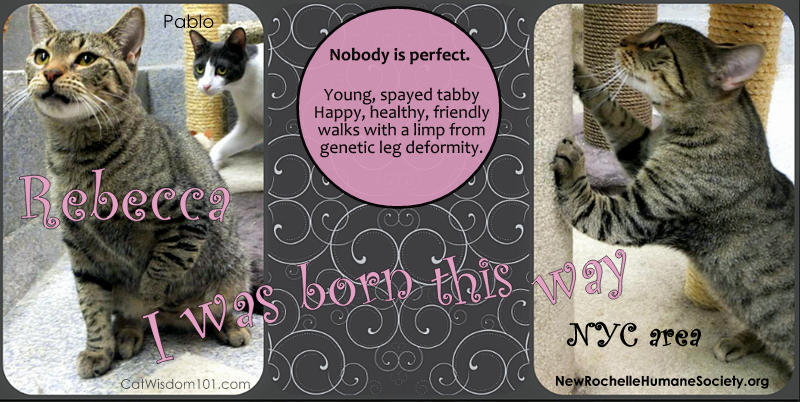 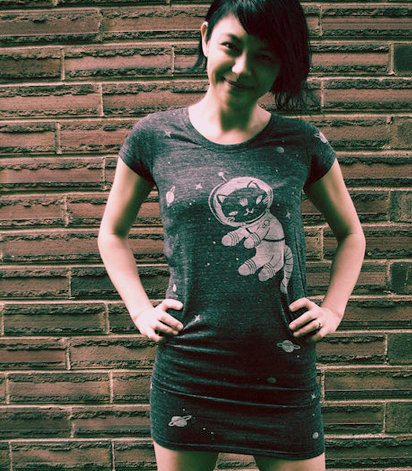 Out of This World Space Cat Fashion+ 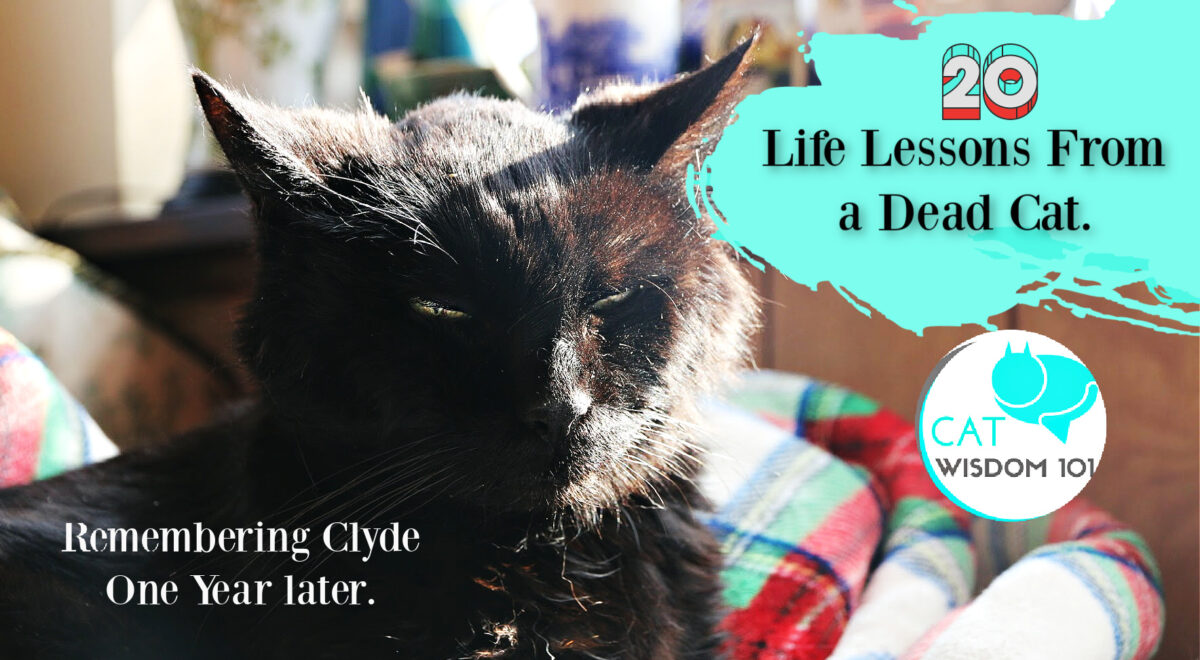