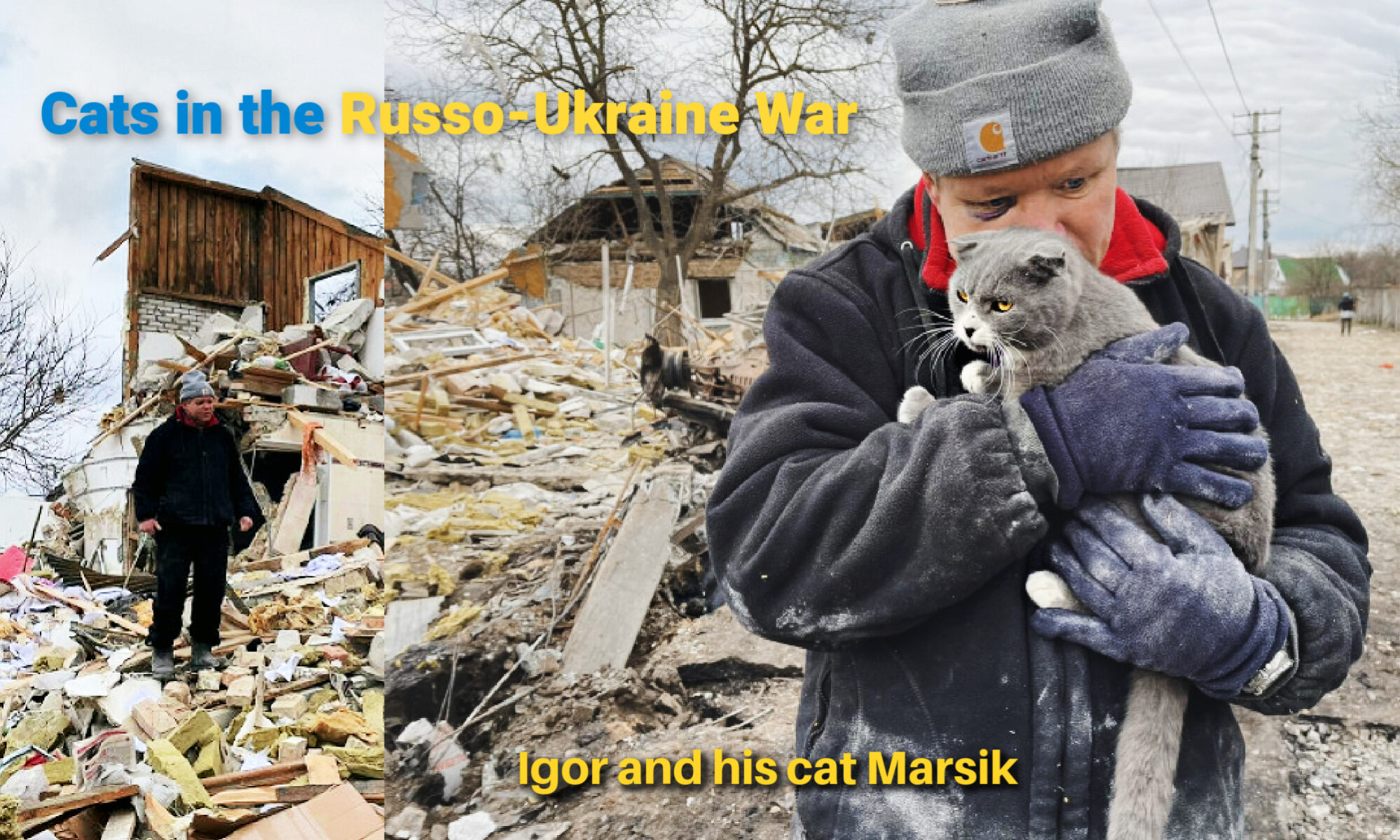 If you’ve been following mainstream news about the Russo-Ukraine war,  you know it’s escalated.  At the start there was significant coverage about pets being evacuated. A week later, I’ve noticed either a recycling of the same images and stories or scant recent news. As more shelling destroys towns and residential buildings, the loss of life is inevitable. Many are living in freezing temperatures without heat, water or electricity. Half the residents of Kyiv have evacuated. How many pets remain is not known.

The man in our featured image epitomizes why we love cats. Here is Igor, age 54, from the tiny village Markhalivka, southwest of Kyiv hugging his cat Marsik. It would be heartwarming at any other time until the facts emerge. A Russian air strike ended life for Igor as he knew it. His home was bombed. His wife and 12-year-old daughter in a wheelchair were killed along with his mother-in-law and two son-in-laws. The only survivors from the rubble were Igor’s two grandchildren and Marsik looking no worse for wear. Stressed cats exhibit specific body language via ears, tails, pupils and whiskers. Marsik is pretty Zen. It’s as if he knows he has a big job ahead.

As tragic as this story is, I believe that cat survived to help heal Igor and his grandchildren.

The ballerina, Kateryna Dehtiarova featured in my previous post with her cat messaged me with an update. She and her cat Isza managed to escape the subway in Kyiv to the countryside with family and her two other cats. For security reasons she didn’t share the location. I know her parents are from Odessa.  And it so happens she loves black cats. 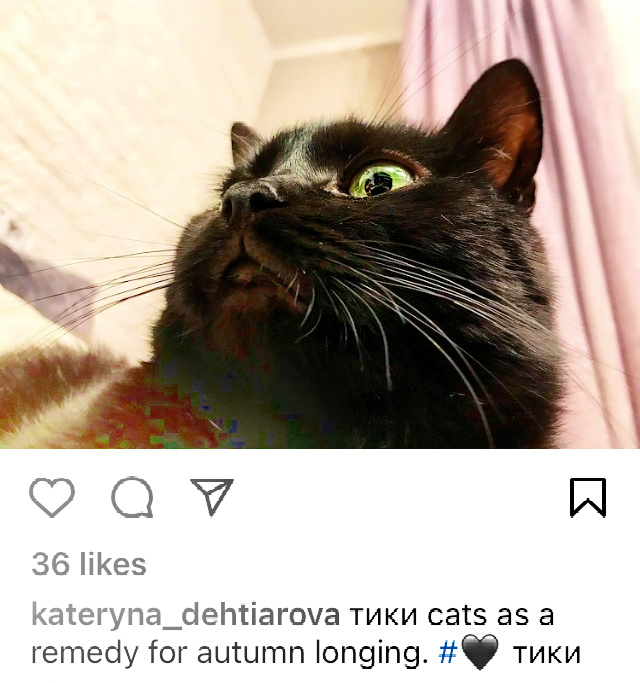 Kateryna isn’t feeling feeling great (understandable) but they are safe for now and have food. Circumstances can change in an instant but for now she is planning to stay put for a month or two. If the war is still going on, she will evacuate to another country.

I hope she’ll be back dancing in the city and country that she loves, sooner than later.  Another update today. She’s fine and no change. 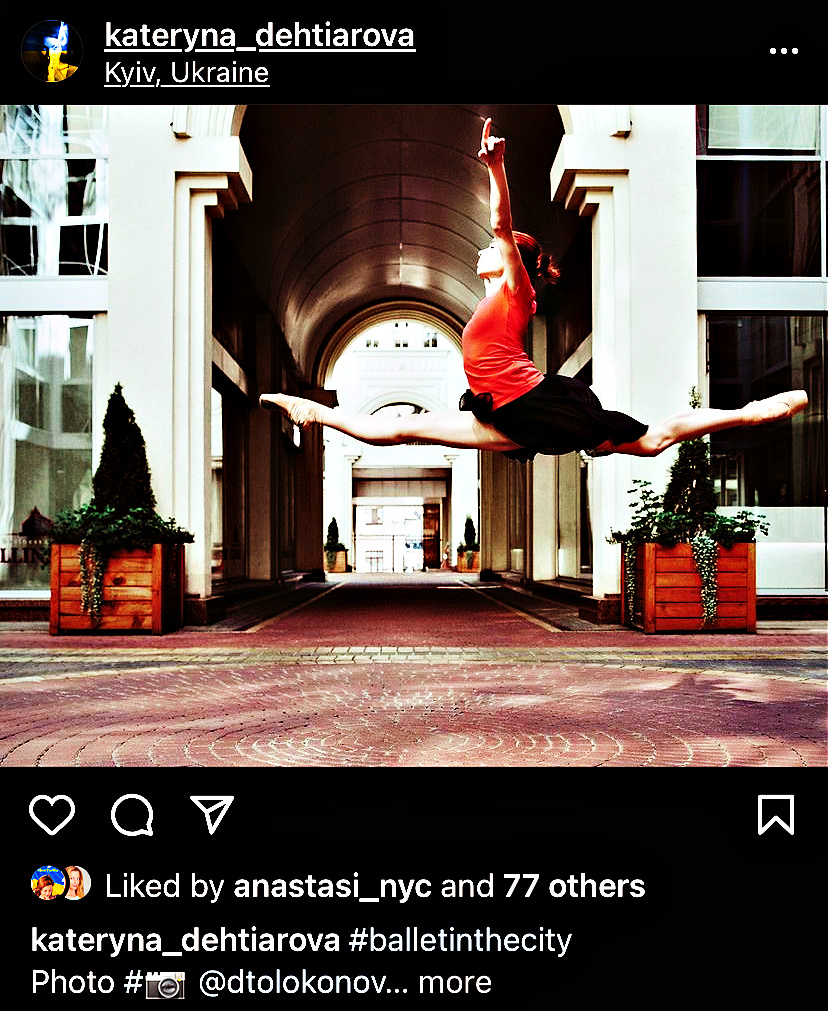 The New York Times published a big piece about support for ballet dancers. I didn’t know her troupe has 170 dancers but no idea where they’ve all scattered. I took a screenshots of the article and sent it to Katyerina but have not heard back yet. No stories or posts from her Instagram account in three days. The last one was a music video from TikTok. 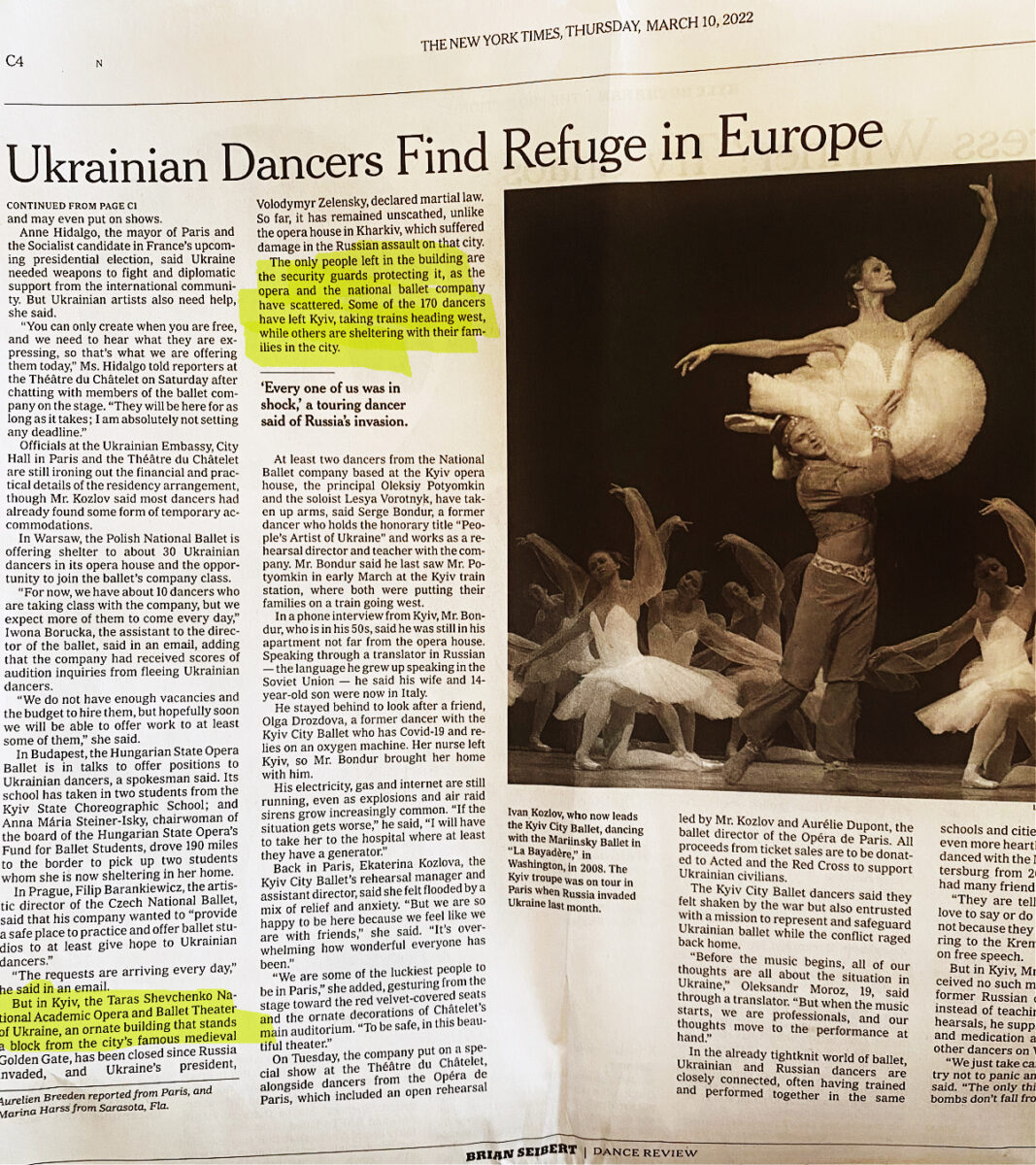 Kudos to the platform for sharing news of the war. Their reach and influence is so massive, 30 TikTok influencers were briefed about war via Zoom at the White House today.  I’m not on TikTok but if you are, check out  Valerisssh

She is documenting life in a bomb shelter with inspiring wit and resilience. He latest video on making coffee has racked up over a million views! Making Coffee In a Bomb Shelter

More good news. Mars the maker of popular brands Royal Canin, Sheba, Tempations etc. has increased their donation of pet food to Ukraine 10 million. Read more about their efforts and strategy to help pets and people in Ukraine.

I found a few more amazing folks in Ukraine doing animal rescue like two veterinarians Leonid and Valentina Stoyanov. Their usual focus is on exotic and wild animals but helping any species right. Their website and Patreon

We love and just donated to IFAW. Easy peasy.

It’s a miracle the only cat cafe in the country is not only open in Lviv but helping other rescue groups. Check out their latest posts  from Lviv Cat Cafe on Facebook

If anyone does Reiki or long distance energy healing send it to pet photos you see online. Cats are highly energetic beings who are natural healers.

Look how they are trying to soothe each other with body contact and purr therapy at the cat cafe.

If the news is too much to bear, take a break and focus on your well being. By staying grounded, heart-centered and focused on peace and not fear or anger, those positive vibes will trickle out. We are all connected in the energetic web of life. Did you know sunflowers are the national flower of Ukraine? 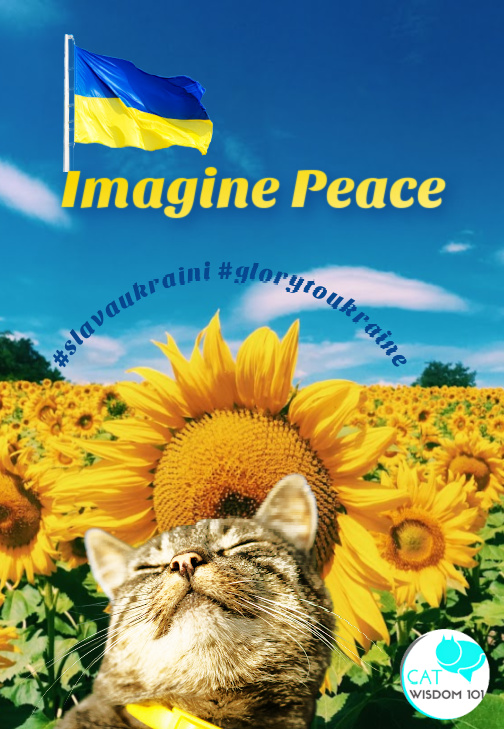 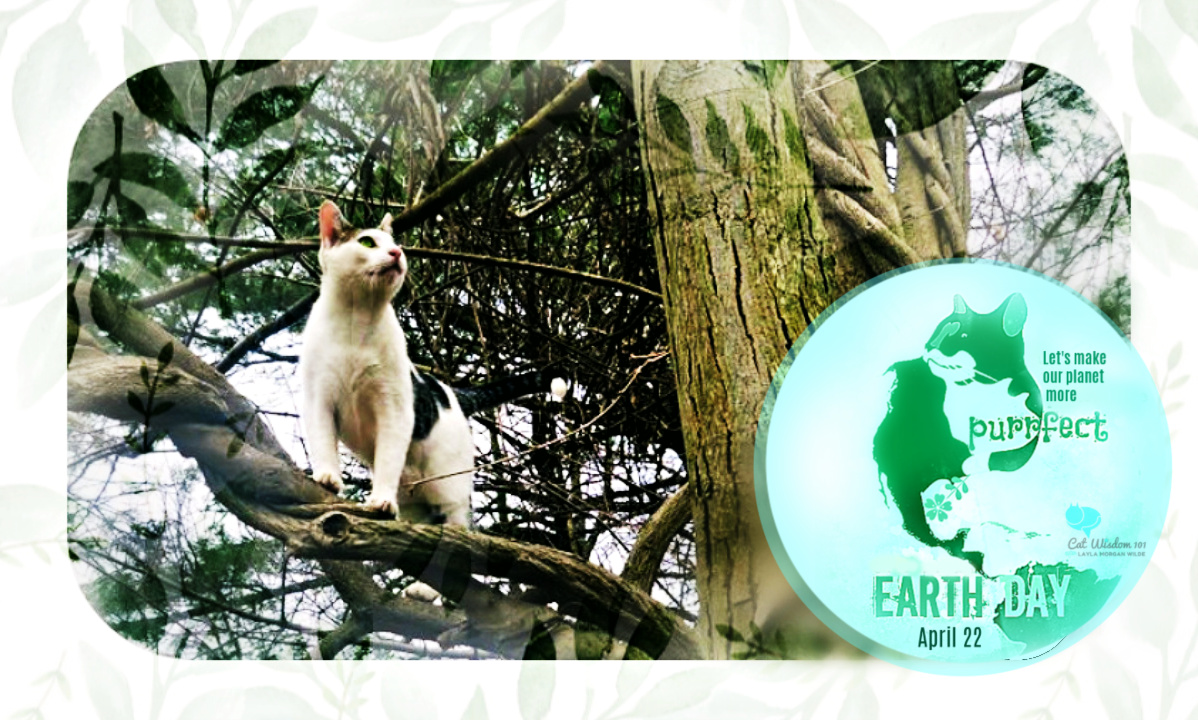 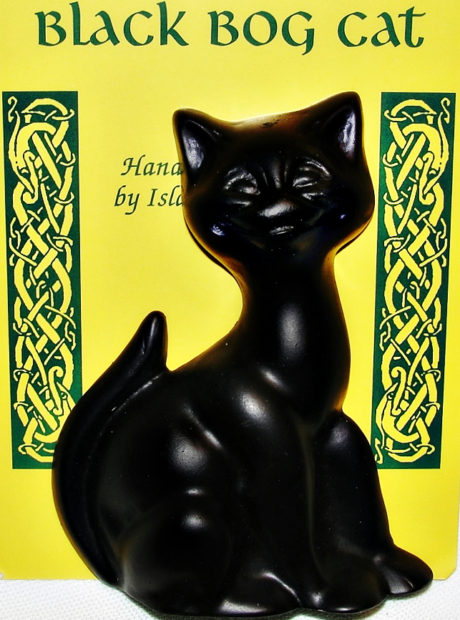