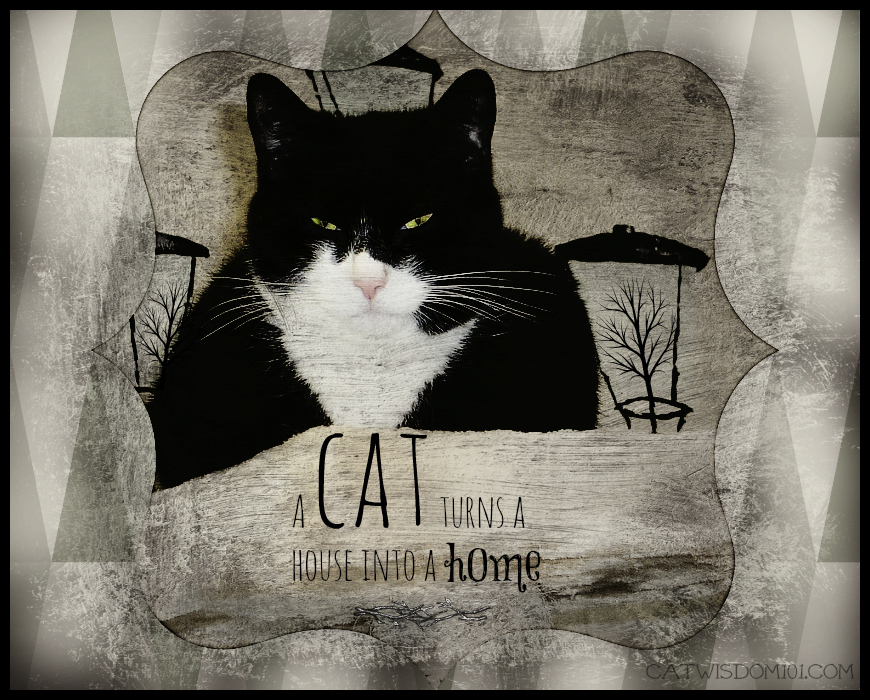 Big purrs of thanks to everyone who donated generously to The New Rochelle Humane Society for the cats rescued recently from a horrific hoarding incident near me. They are very close to their target goal! I’ve been volunteering with the cat rehabbing and fundraising. You can read more at my post here. The amount of vet services for the sudden intake of over 80 cats is staggering and it’s heartening seeing the staff and volunteers work tirelessly on behalf these remarkable creatures. The 15 hoarded cats dumped on Monday presented as feral on Wednesday and shifted dramatically on Thursday. There was no more room at the inn as they say and two crates of cats were housed in the meeting room where I attended a meeting with Alley Cat Allies. The room was filled with rescuers and the cats stayed nonplussed and curious instead of shrinking into the back of the crate as before. A good sign or maybe they knew they were in good hands.

We have a new category called Shelter Cats (scroll down the footer ) where I’m documenting the progress of the cats I’m working with. I’ll also be starting a new feature next week spotlighting the adoptable cats with an inside look from a behaviorist perspective. With the shelter jam packed, adoption and foster homes are the focus. Check out Armstrong (as in Louis, not Lance) one the the hoarder rescues. Leslie, a volunteer doing Reiki with the cats shared this video.


Shelter cat names are meant to be temporary and I recommend anyone who adopts a shelter cat to change their name if they don’t like it.  As T.S. Eliot wrote:

The Naming of Cats is a difficult matter,It isn’t just one of your holiday games;You may think at first I’m as mad as a hatterWhen I tell you, a cat must have THREE DIFFERENT NAMES.First of all, there’s the name that the family use daily,Such as Peter, Augustus, Alonzo or James,Such as Victor or Jonathan, or George or Bill Bailey –All of them sensible everyday names.There are fancier names if you think they sound sweeter,Some for the gentlemen, some for the dames:Such as Plato, Admetus, Electra, Demeter –But all of them sensible everyday names.But I tell you, a cat needs a name that’s particular,A name that’s peculiar, and more dignified,Else how can he keep up his tail perpendicular,Or spread out his whiskers, or cherish his pride?Of names of this kind, I can give you a quorum,Such as Munkustrap, Quaxo, or Coricopat,Such as Bombalurina, or else Jellylorum –Names that never belong to more than one cat.

One of the current adorable adoptables inspired this week’s cat art. ( I don’t know his name. Zorro fits).

Can’t adopt? Link on the Petfinder link above to find out what you can do.

Meanwhile, our boys are doing pretty well.
No matter what, I make time for picnic blankie time with Merlin in the garden. He lives for summer. 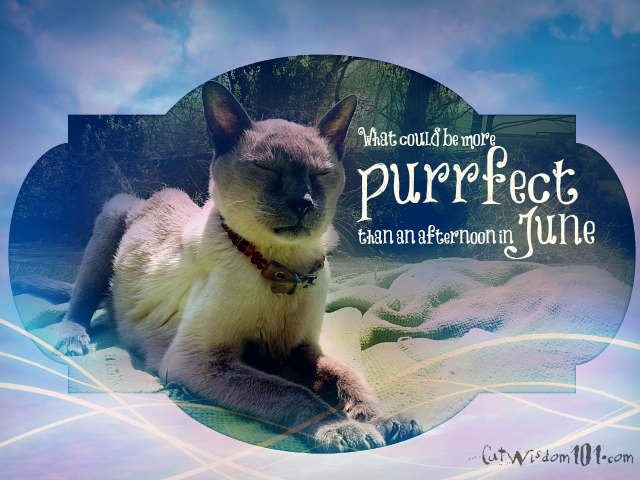 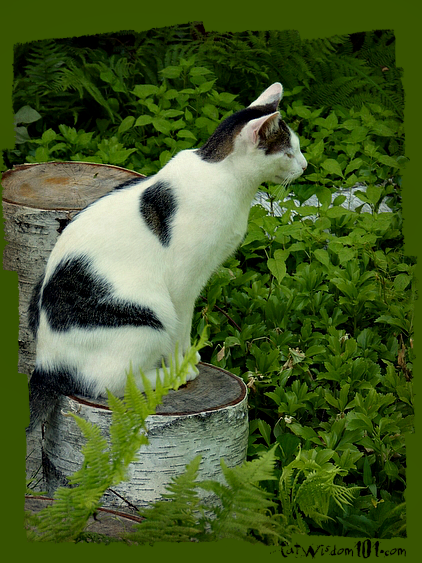 Master hunter Odin has a new game. He announces with a loud chirp when he catches prey. It’s a kitty ventriloquist act, chirping while his mouth is softly clamped onto a chipmunk or mole. The alert allows me to tell him to drop it. Thankfully he does. The animal scurries off unharmed and Odin gets a treat from me. When people ask how I get such nicely posed photos I say think like cat who is hunting. They go very still, observe their environment, focus with every muscle and are eternally patient. 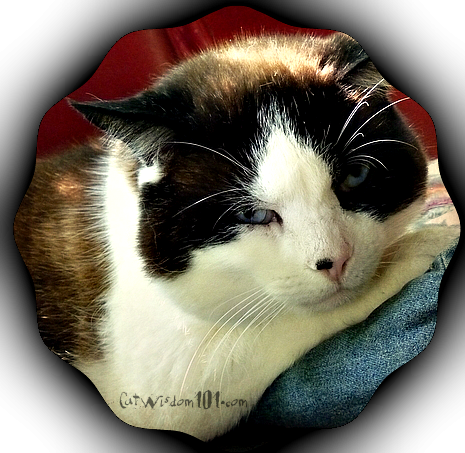 Domino, our poster boy for former ferals is loving his favorite summer spots: hanging out on the porch, scratching the giant tree root, hiding under the cedar hedges and rhododendron bushes. As he’s ageing he rarely explores further than the border of our next door neighbor and has little interest in hunting. Odin who is much younger still likes to engage him in a wrestling matches but not as often as in winter. I’m painfully aware of the passage of time and the brevity of lives, cat and human. It’s cat appreciation week and after seeing so many cats without a home I feel very blessed. How are you celebrating your kitty appreciation?

If you haven’t already joined our subscriber list, please do.