The cat who came in from the cold has a new official status: formerly feral. 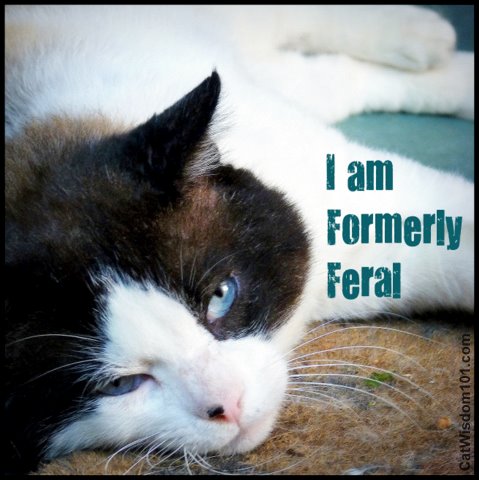 A week ago our feral boy Domino escaped the snow storm and entered a new life. For days he planted himself in an old cat bed far too small for his stocky body. He spilled out, lopsided like a boat about to capsize. Out of dozens of choices to sleep on, this was his choice and he oozed contentment so who was I to dissuade him? I draped his old blanket around it to make it bigger. 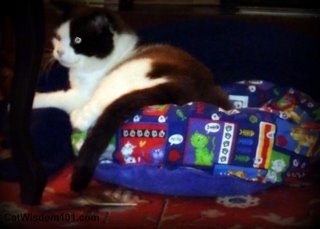 In the past week he’s made two quick treks upstairs but it remains out of his comfort zone. He likes the livingroom best; ideally close to his dad. 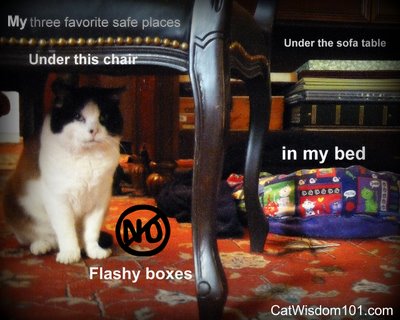 Domino expressed no interest in the outdoors until Tuesday when he and Odin played tag and gamboled on the lawn as usual. As if on cue, they returned for dinner. The transistion for Domino appeared so seamless and effortless, I thought it too good to be true. It was.

On Thursday, he refused to come in for dinner, so I brought his dish near the door, he came in, I closed the door. Shortly afterward heard a loud scratching and  clawing at the door to go out. Not wanting to associate anything negative with being indoors, I let him out. Every hour, I’d check up an him, “Are you ready to come in? No? Okay. Are you cold enough? No, fine. Odin wants to play with you.” Finally at bedtime he agreed and curled up in his rocky boat bed. The same thing happened yesterday and it’s clear Rome nor formerly feral cats aren’t made in a day, but we’re making mega strides. Stayed tuned… 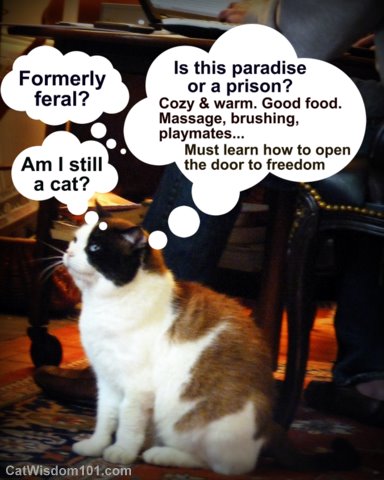 Meanwhile, Merlin and Gris Gris napped on the sunny porch, weather permitting and Odin excelled at being Odin. 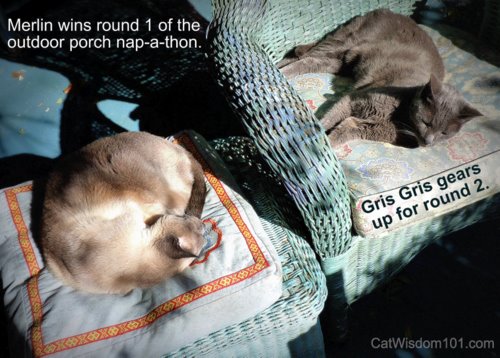 Since the weather is cooler, we’re spending less time outdoors. That means Odin needs more indoor play and exercise. Without access to his favorite outdoor scratching posts and bored with his indoor ones, he exercised his creativity by finding novels places to nap and scratch. 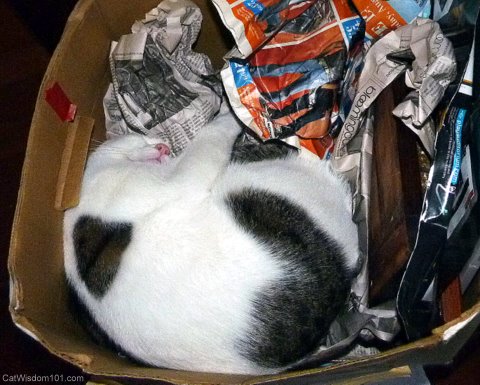 With cats we never know what they’re going to do next, do we? It’s up to us to provide enough play and stimulation to avoid behavioral issues. 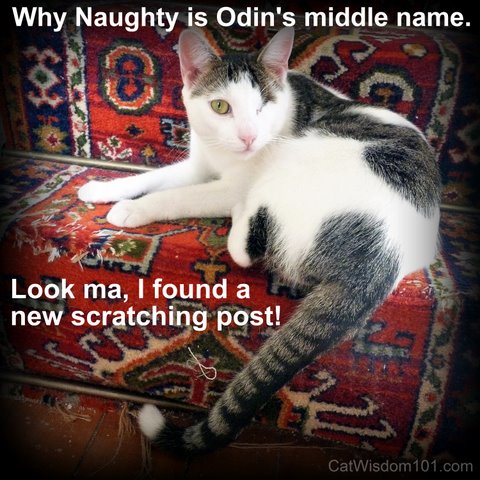 24 thoughts on “The Cat Who Came In From The Cold”