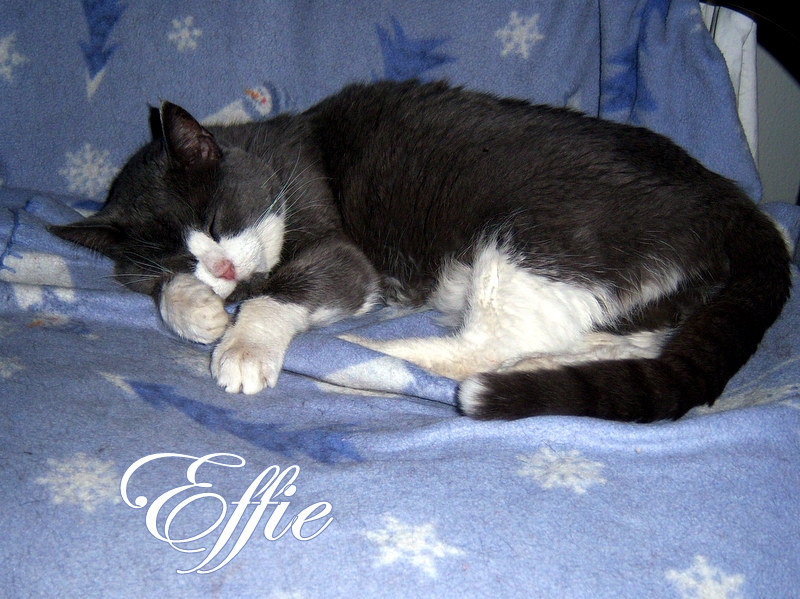 We’re delighted to share a timely guest post from Andrea Dorn, a writer and former vet tech about her relationship with two special feral cats Effie and Two-y. Winter is hard and more so for feral cats. Learn how you can help ferals in your area visit, Allie Cat Allies Today is also World Spay Day

Last weekend Winter dumped a foot of snow on central Iowa. Today we got another inch. I tell you this, not as a weather report but to point out the conditions feral cats must face in their day-to-day lives outside.

Today, Two-y is AWOL. I don’t usually see him in weather such as this and it worries me. Not that long ago he was in my house, quarantined for a time. I’d hoped that I could find him a home. But I never did and I couldn’t keep him. Even though they couldn’t see him my other cats knew he was in the house and protested in various, unpleasant ways. Most importantly Two-y was growing more and more depressed in his isolation. Finally I decided to release him back into my yard where I first saw him. 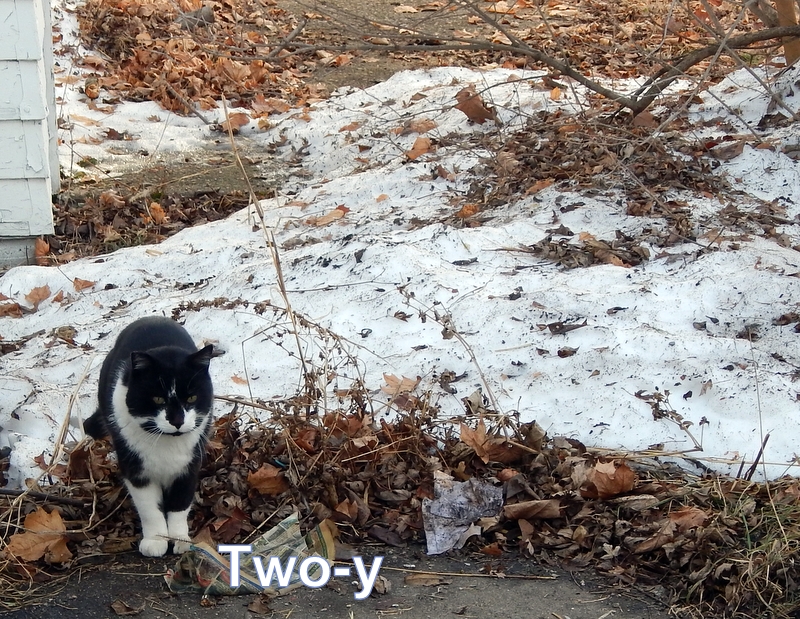 You see, Two-y is a feral cat. Since the early ‘90s close to 75 feral cats have passed through this house. Some were kittens who either moved on to great homes or stayed with me. Some were adults I had spayed/neutered, vaccinated and returned to their habitats (called TNR, or trap-neuter-return). Some adults decided to give up their feral ways and stay with me. One female even turned out to be a domestic cat that had joined my colony. Luckily I found her a terrific home. When I first caught him he was designated “Stray #2”. So when I realized he was sticking around and needed a name I took that and the fact that he is a bi-color and decided he was “Two-y”

Two-y showed up at my house one winter along with another male and two females that seemed to be littermates. Eventually I caught the males neutered, tested and vaccinated them before returning them to my yard. The females were pregnant before I caught them so I decided to keep them and let them have their kittens in my home. After keeping the females in my home for so many weeks as they raised their kittens, I just didn’t feel it was right to turn them out again so they stayed with me.

Back in ’97 I caught another feral adult that refused to give up her feral ways. For years I called her Lady Gray Butt because she was too stubborn to fall for my traps. But in ’97 when she was full term with her last litter of kittens she was so desperate for food that she finally gave in. Her reward was a new name, Ineffable or Effie, for short. She had her kittens only 2 days later. I spent the next 14 weeks socializing the kittens and trying hard to make friends with their mother.

Unfortunately she wouldn’t relent. One day she even came at me with claws slashing. I gave in and returned her to the colony (after spaying and vaccinating, of course). But that wasn’t the end of her story.

Effie stayed with the colony even after the barns were torn down and the other cats disappeared. I continued to feed her and tried over and over to make friends with her. It took years but finally it happened. I touched her. She didn’t like it but she didn’t leave her food either. Every day after that I continued to touch her when I could. I advanced from touching just her tail to her rump to her back and finally to scratch her neck. And yet I couldn’t catch her.

She wasn’t dumb. She knew better than to trust me when I brought out a towel or a net or anything other than the food container. Eventually I did get her used to having the carrier near her as she ate but for agonizingly long months I could do no more. Then suddenly one day I took the chance and lifted her up into my arms. She gave me the most awful glare from her eyes but she didn’t fight so I quickly set her into the carrier. She was twelve years old. Effie spent the next four years as one of my closest friends.

So, I haven’t yet given up on Two-y. I know that adult cats can be rehabilitated. But for now, he happily roams the neighborhood and I’ve promised to keep his vaccinations up-to-date. One day perhaps he’ll retire and I’ll bring him inside again.

Editor’s note: Andrea Dorn is on a blog break. Her post last July after Effie died is worth a read. Her moving words and images will touch many of us who have loved and lost a beloved cat. Visit Andrea Dorn. 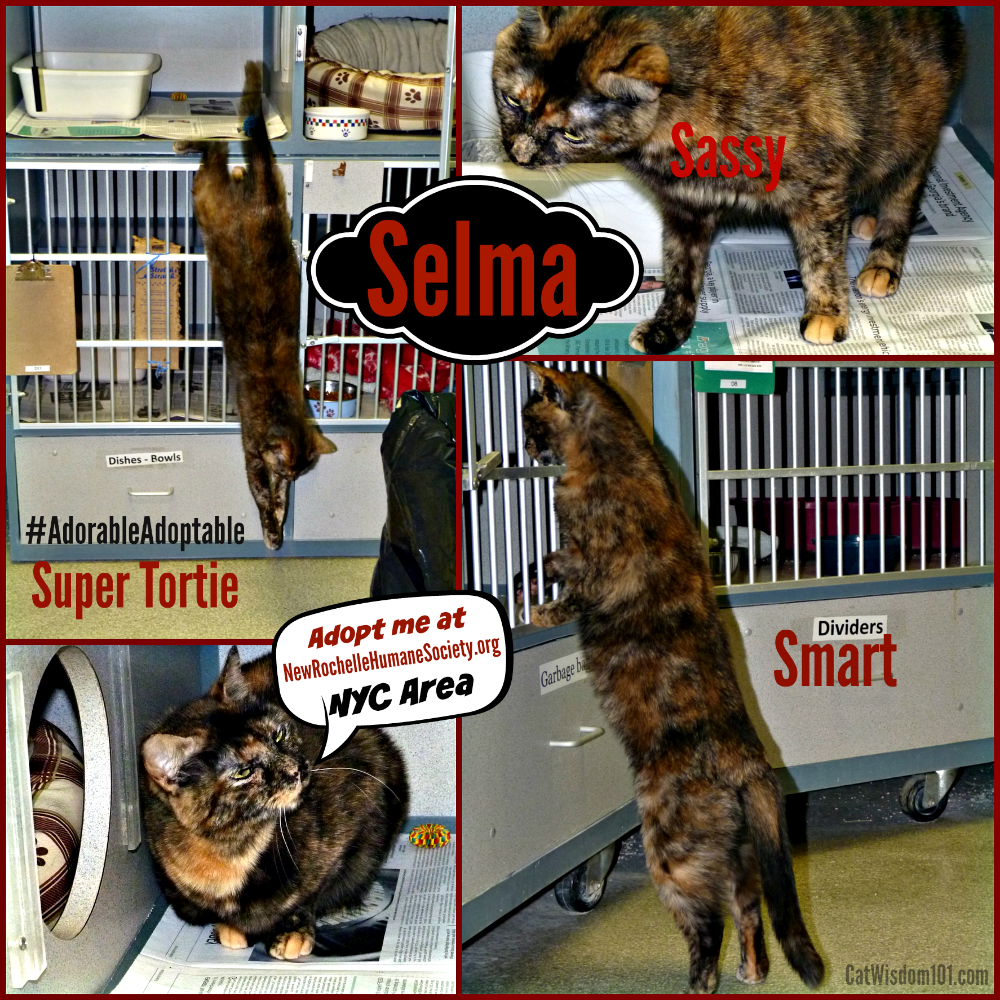 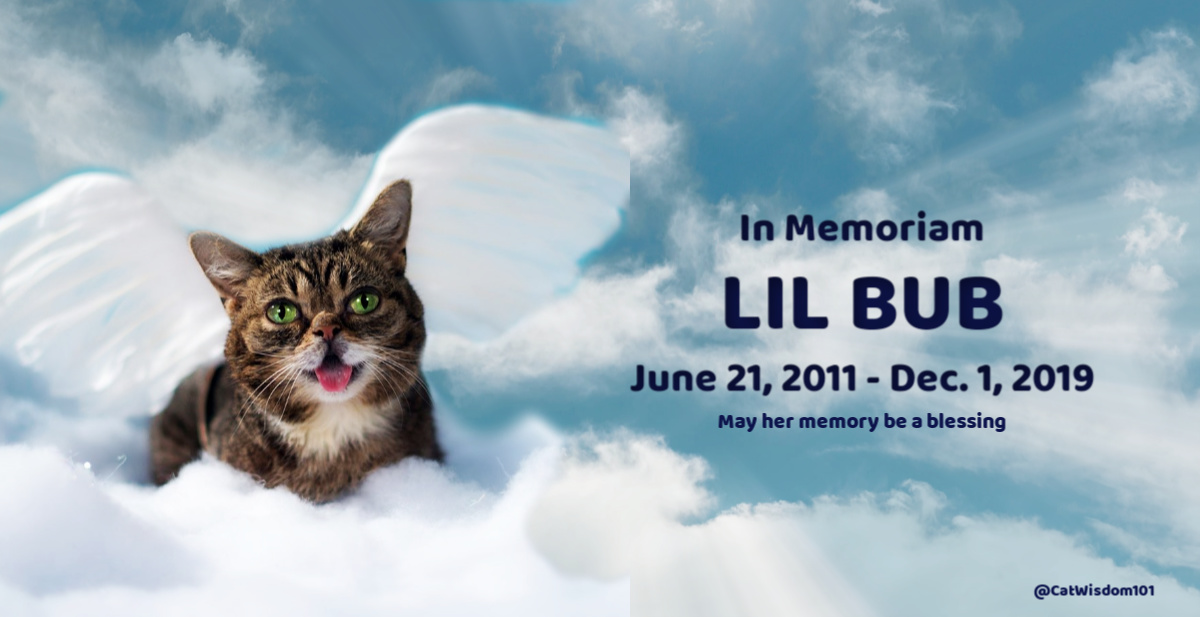 Remembering Lil Bub: Out of This World Celebrity Cat Muse