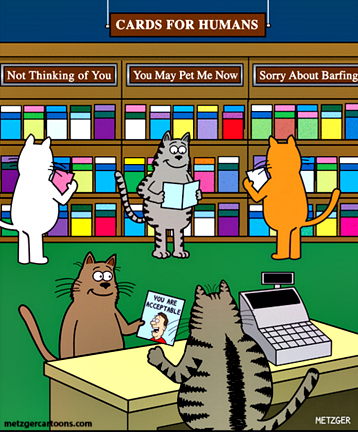 We’re big fans of Scott Metzger, the syndicated cartoonist who happens to be a cat man.  It takes a deep understanding of cats to extract humor as he does from situations all cat lovers can relate to.  And since we’re in the thick of the crazy busy holiday season, a little humor goes a long way to soothe the savage beast (and I don’t mean our cats).

As a holiday treat, we have a Q. & A. with Scott Metzger and a few of his holiday-themed cartoons plus my all-time favorite cat cartoon (scroll to the end). Scott, who lives in northern California is married with two young kids, and two cats Frankie and Hannah, who act as muses, I enjoyed a leisurely interview by telephone recently with Scott and happy to share more about the man makes people laugh for a living. 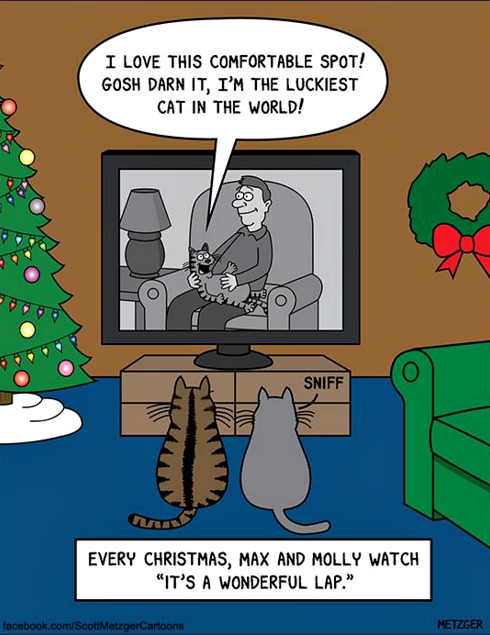 LMW: What do you think about the stereotypes of cat vs. dog people, crazy cat ladies etc.

SM: In general, I think cats and cat people get a bad rap. There’s this perception that cats don’t have personalities, don’t show affection, are mean, etc. Certainly cats can be aloof and they do things on their own terms (and I’ve done a bunch of comics about that). But people need to realize that cats do care about their humans, they show affection, and they’re often as friendly as dogs. You just have to interact with them in a different way. As for cat people vs. dog people, what I’ve found interesting is that many cat people I’ve known also like dogs. However most dog people I’ve met don’t like cats.  Those people just need to spend some time with cats and learn to appreciate them. Cats rock.

LMW: Some say cat videos are funnier than dog videos. What about cartoons? Can it be quantified in terms of sales?

SM: That’s hard to quantify. I have more “cat” greeting cards than “dog” greeting cards, so the deck is stacked in favor of cats. For me, cat videos are often funnier. Cats have this “dignity” about them, so when they do something stupid or embarrassing, it’s hilarious. 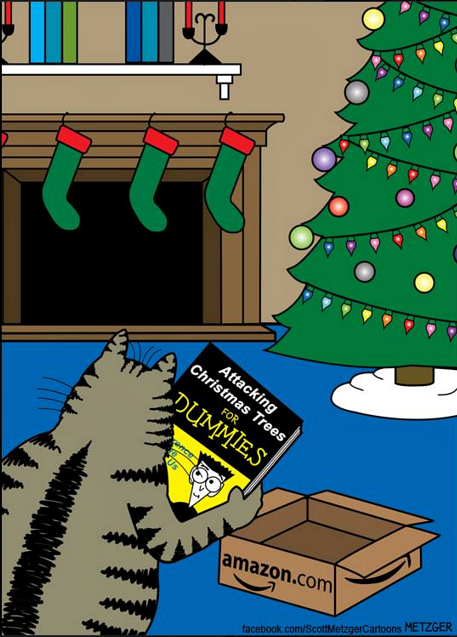 LMW: How long have you been a cat man?

SM: I’ve loved cats ever since I was a little kid. Growing up, my family had a cat – we got her when I was 5 and she died when I was a senior in high school. After that, we got a dog. I have two cats – a female and male.

LMW: You’ve been influenced by cartoons like Peanuts. How do feel about Kliban and his extraordinary marketing success which continues long after his death?

SM: I’m a big fan of Kliban’s work, especially his cat cartoons. I really like the way he drew cats, probably because I’m partial to tabby cats. Kliban deserved all of his success. His cat drawings had a lot of personality and charm. 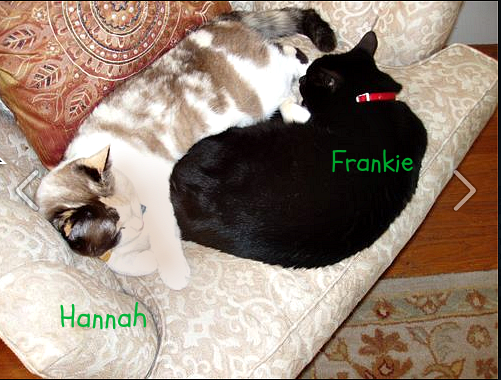 LMW: Has observing cats creatively improved your understanding or bonding process? What do your cats look like and who is funnier?

SM: I get a lot of creative inspiration from watching my cats, but I can’t say that observing them has improved my bonding process with them. Maybe it has and I don’t realize it. Our female cat, Hannah, is part calico and part Siamese – she’s super outgoing and loves people. Whenever someone comes over, she greets them at the door. Our male cat, Frankie, is all black with a white toe and a bent tail. He’s feral so he’s very skittish. He’ll run away at the drop of a hat. Hannah is friendly with me but she clearly favors my wife and daughter. Frankie only likes me, for some reason. Whenever I lie down in bed or on the couch he jumps up and lies on my chest. Hannah is more entertaining and funny because she’s more outgoing and adventurous. Frankie is often hanging out under the bed.

LMW: You draw a wide variety of humans, animals, vegetables, inanimates in action. What’s easiest to draw? Any plans to have a recurring cat or other character?

SM: The easiest things to draw are animals.  I enjoy drawing cats, dogs, giraffes, and elephants. I need to do more giraffe and elephant jokes. As for recurring characters, I’ve done a couple of cartoons that feature a hippie-like cat named Dave the Stray. He goes to Burning Cat, gets high on catnip, and isn’t into material things. He’s a cool dude and a free spirit – he just wants to live, love, and have fun, man.

LMW: Any plans for a cat book?

LMW: It sounds like 2016 will be a creative and fun year. I’m delighted Frankie is contributing to my True Tales By Black Cats anthology. 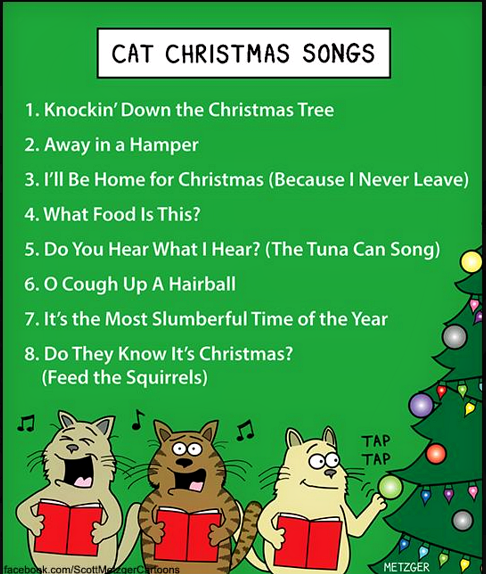 The “You are Acceptable” card always cracks me up.

Scott Metzger has been a syndicated cartoonist since 1996. He creates single panel cartoons for greeting cards which are distributed by Papyrus, Nobleworks and Just Wrong Greetings, and if you live in the U.S, likely found at a store near you. There’s still time to shop for holiday cards and mugs at Scott Metzger Cards. To see more of Scott’s work, visit his website, at GoComics, or for the latest cartoons, his Facebook page or new Instagram page.

26 thoughts on “Q & A With Cat Man Cartoonist Scott Metzger”