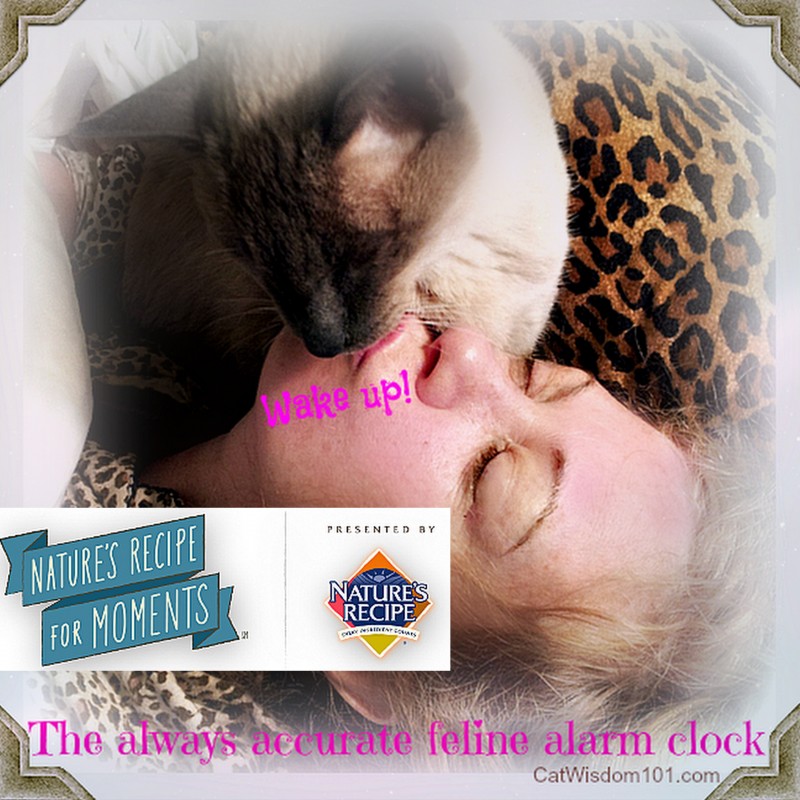 Merlin is my every day muse and blogging inspiration since 2008. Oh, and he’s my official alarm clock. i’ll take a cold nose over a loud alarm any day. According to him it’s always a good time for special moments.

Compared to humans, pets don’t live a long time but they stay in our hearts forever. If we’re really lucky we get to share a good, long life with a furry family member. I got lucky when an adolescent Siamese boy named Merlin came into my life a few months after my dad died and my boyfriend had dumped me. Other relationships came and went but the only constant for the past 19 years remains my devoted cat, Merlin.

He’s nursed me through heartbreaks and disappointments. I’ve nursed him through adventurous mishaps like jumping on a hot stove and a run in with a raccoon. He’s seen me through ups and down and several moves including one from Canada to New York a few weeks before 9/11. We moved for love. Merlin acted as cupid and rated all the men I dated with either an imperious stink-eye or a “you pass” sniff. Only one man passed with glorious colors. Moments after meeting, Merlin flew into his arms and gave him a kiss.

He’s the one I married.  IT TURNS OUT MY HUSBAND ADORES HIM AS MUCH AS I DO.

Nineteen years is a long time to share with a beloved pet and the rewards are endless cherished moments. None are sweeter than recent ones. They aren’t the bouncy energetic past moments of walking on a quiet, country road without a leash or bounding down stairs at the sound of a key in the front door. They aren’t the exasperated groans of what trouble did he find or what creature he dropped at my feet.

Merlin is blind and moves at tortoise speed now and our cherished moments revolve in the eternal now.  We’re both older but he never complains or judges. He doesn’t care if I’m having a bad hair day or whether I have a new wrinkle. It’s pure, mutual undiluted love 24/7. Nothing gives me greater pleasure than seeing him eat with gusto. It signals his indomitable will to live despite chronic kidney disease. Every time he snuggles in my arms under the covers is bliss.

Every purr is magic. Every nose kiss is heaven.

Long before “selfies” became all the rage, Merlin indulged me in special cat and cat mom moments of the artistic kind. 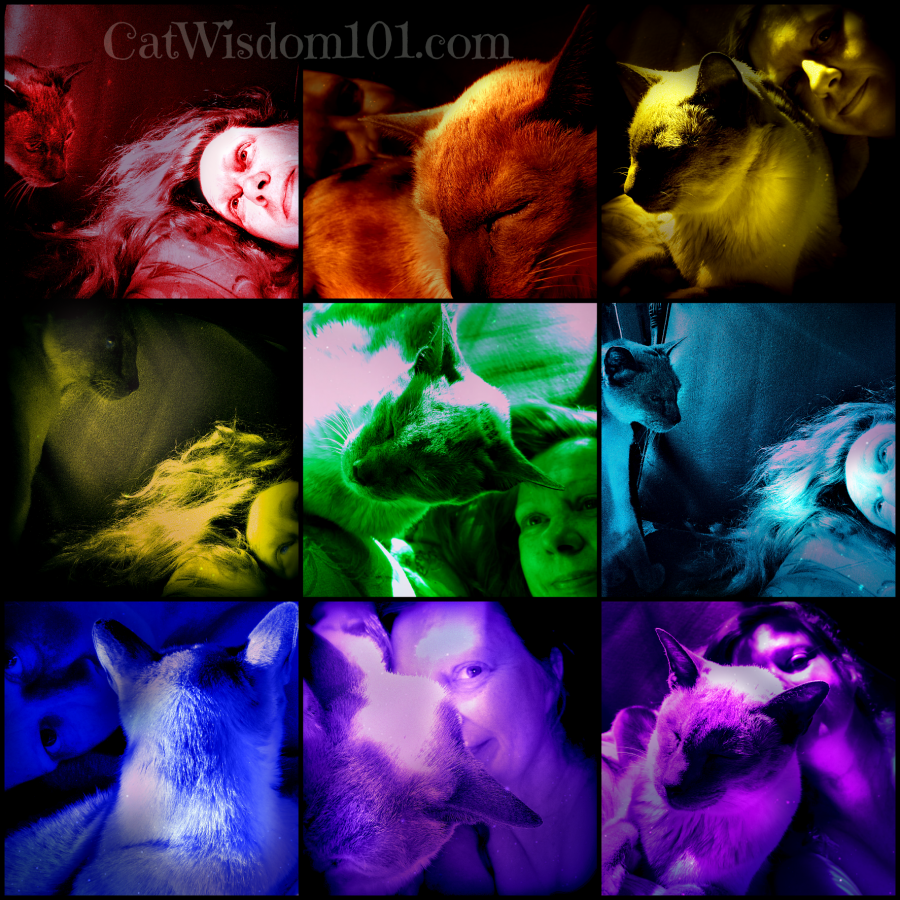 Our story is a part of the #RecipeForMoments blog hop hosted by BlogPaws. Link up below to share your story of the bond you and your pet share. What do you think your pet feels in your special moments? Five random U.S. winners who link up their blog post will win a Nature’s Recipe® lightweight collar camera to capture special moments from their pet’s point of view. Visit BlogPaws for official rules and details.

GIVEAWAY WINNER! The winner of our Advantage II giveaway is Raine. Congratulations. Please look for an email from info@catwisdom101 requesting your shipping address.