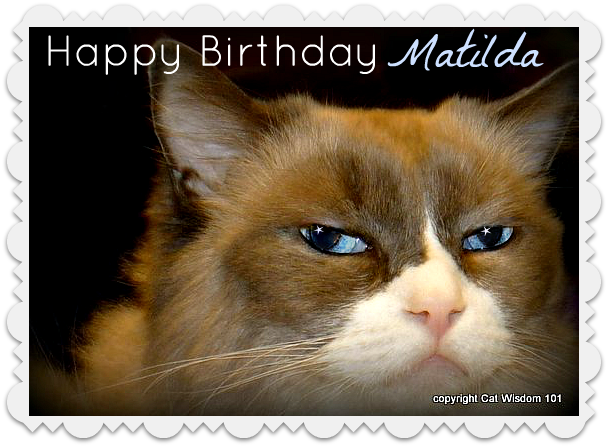 Matilda the resident cat at The Algonquin Hotel is celebrating her 5th birthday with a big fundraiser tonight. It also happens to be World Cat Day

The tradition of cat living at The Algonquin began back in the 1930s when a hungry alley cat wandered in through the hotel’s front door. The hotel’s owner Frank Case, offered the hotel to the stray cat as her forever home. The gregarious hotelier famous for welcoming Dorothy Parker and her writer friends who formed the legendary Algonquin Round Table in the hotel’s bar. Despite the recent renovation, the hotel still retains the charming vibe of the old hotel. 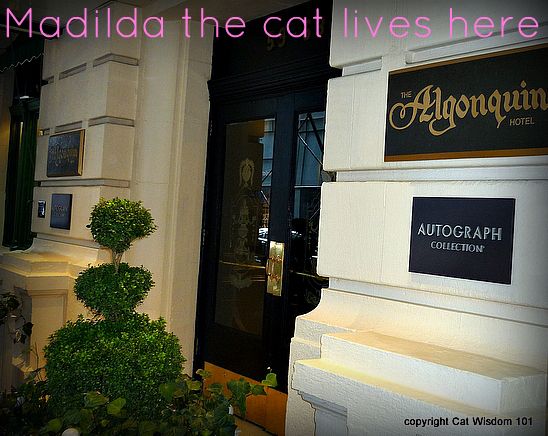 last year from The North Shore Animal League. I couldn’t make the event tonight but had a private meeting with her on Monday. The hotel has had a gorgeous facelift but sadly Matilda is no longer free to roam like her predecessors. She wears a electronic collar she’s none too pleased with but that’s the price of celebrity. Even stars can’t always get want they want.

She sometimes likes to hang out by the front desk but on this day chose her not so secret hideaway behind this door. This the original cat door to the baggage room near the front desk. 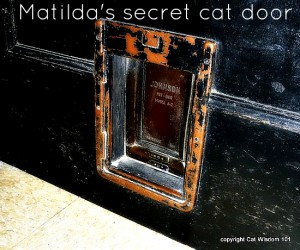 It’s not luxurious but Matilda has everything she needs in this space. 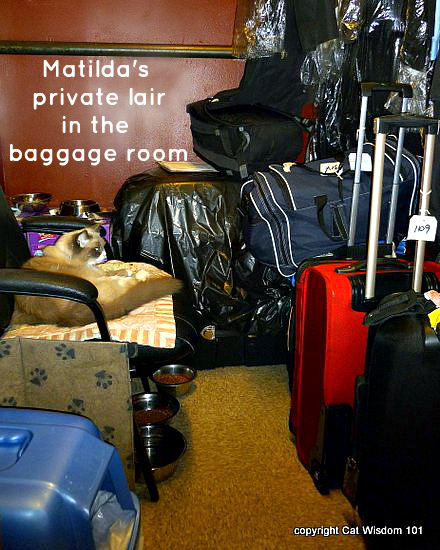 The friendly staff are used to hotel guests and other visitors asking for Matilda. As a sweet-tempered Ragdoll, she takes it in stride but she’s no lap cat. I was escorted into the small room equipped with cat litter, food, water and Matilda sitting in a regular office chair. She seemed to read my thoughts of disappointment that it wasn’t more shrine-like. I crouched down as I always do when meeting new cats and gave her space to get used to me.

We hung out alone for awhile and I won’t say what she told me, but being a celebrity isn’t all it’s cracked up to be. She’s a gracious spokescat and purrfect for her job as a pet adoption advocate and hotel ambassador. 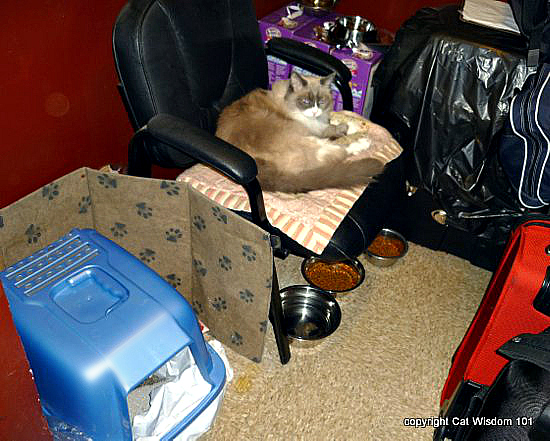 She seemed bored in the way the very rich can be and when she’d had enough, she began grooming. She no doubt was due for a professional grooming for her birthday event. I said good-bye and will check up on her again soon. The lobby bar is a cozy spot to while away an afternoon sipping tea and channeling my inner Dorothy Parker. 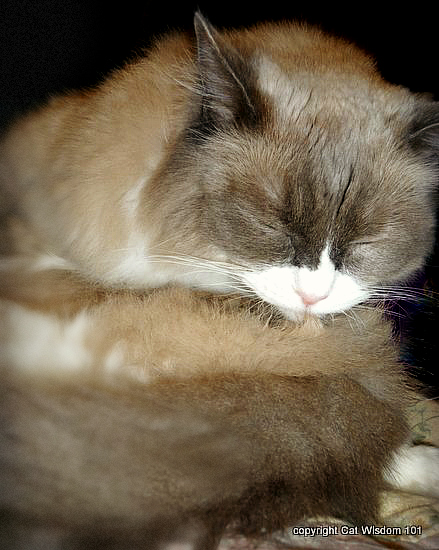 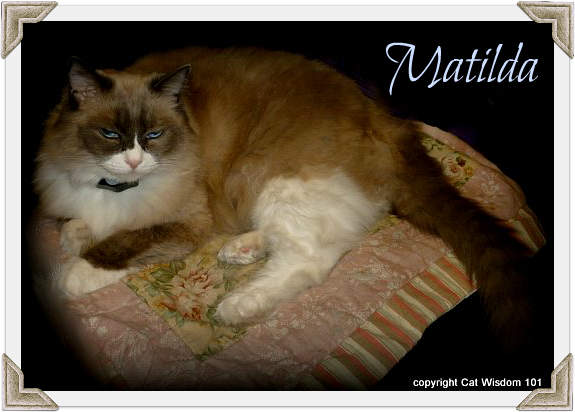 Matilda perked up after communicating with me for awhile and agreed to pose as long as I didn’t use those paparazzi flashy boxes.