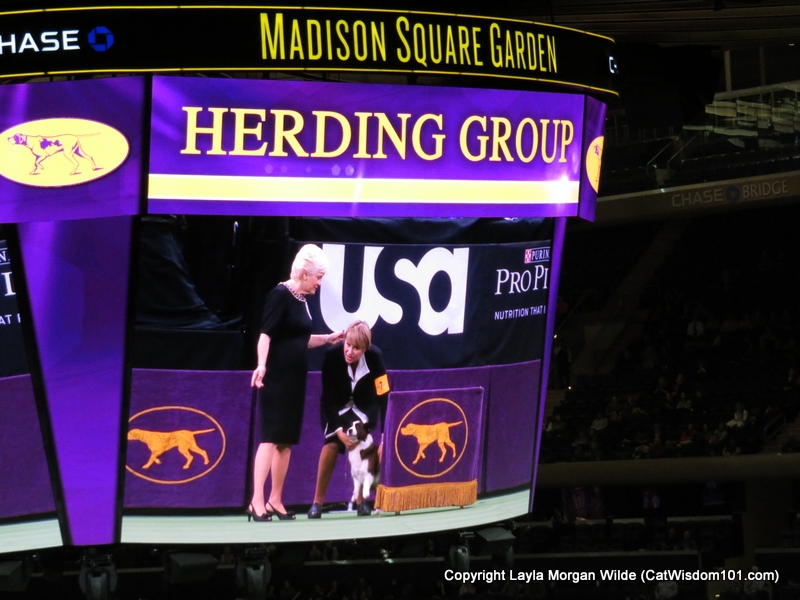 Caturday goes to the dogs for a rare look outside our cat-centric world.  I attended the 14Oth session of the prestigious Westminster Kennel Club Dog Show on Monday at Madison Square Gardens in  Manhattan.  I won tickets from a contest at the dog blog Golden Woofs

Although 110% cat lover, I never miss viewing the WKC show on TV,  and experiencing the live event in the massive arena was the cat’s meow.  It doesn’t mean I’ll be adopting a puppy any time soon but I do have a new appreciation for the intricately produced event of the best of the best dogs, their handlers, judges, owners, exhibitors, announcers, media , press, techies and audience members in the thousands.  Purrs to Golden Woofs for holding the WKC ticket contest

More than once,  the announcers reminded me of Fred Willard from one of my favorite films, Best In Show. The hilarious mockumentary pokes fun at the dog show circuit. Apparently, it’s a spot-on satire. The real deal is steeped in tradition and protocol I know little of.  I’ll let my neophypte first impressions tell the story in images taken far, far away from the green carpet. 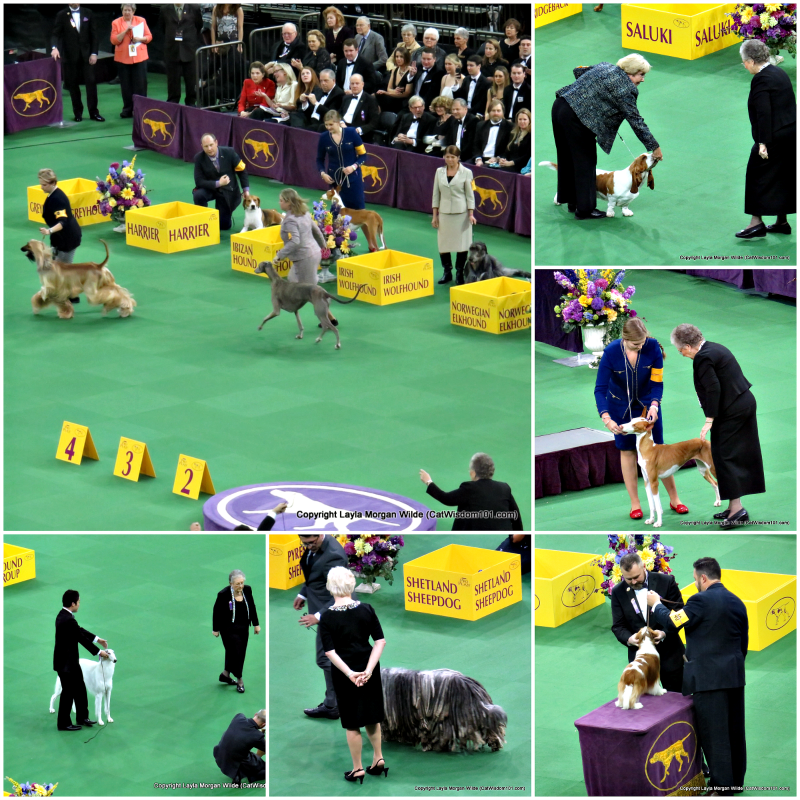 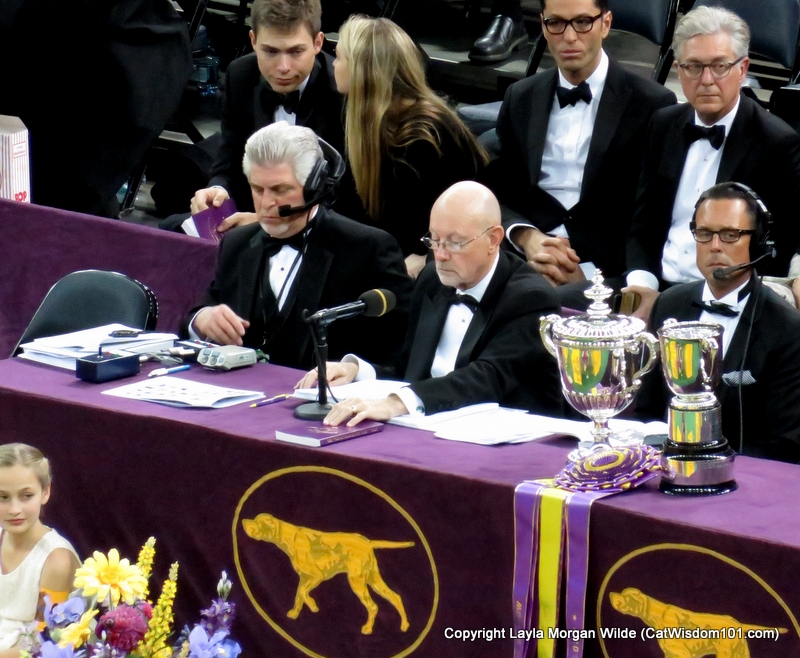 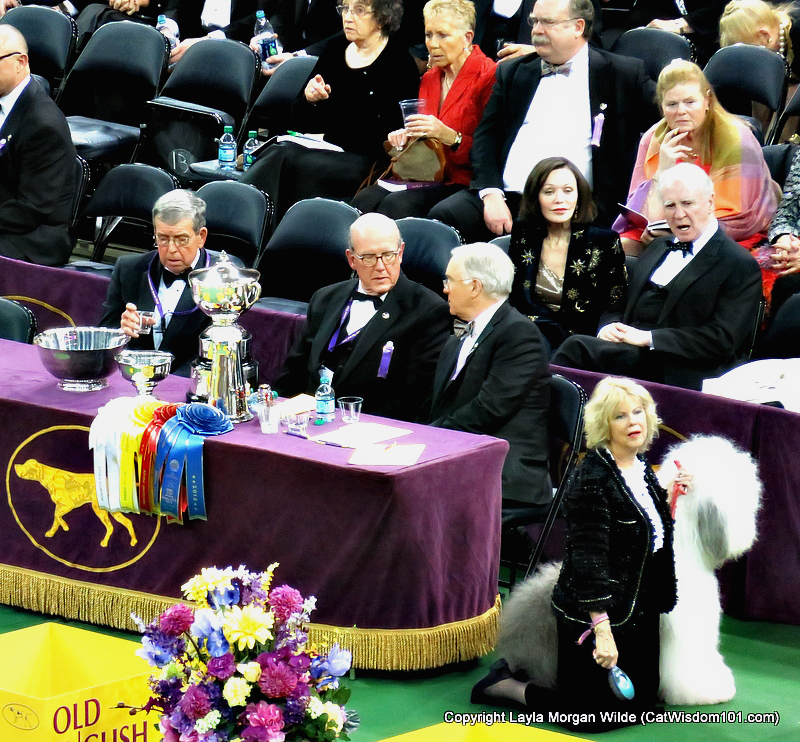 The highlight for me was seeing a lovely bulldog named GCH Imperious Hamitup Southern Bell a.k.a. Annabelle win best in non-sporting group. The crowd went wild for her and her handler couldn’t resist a kiss. Unlike other breeds flying by at full speed,  Annabelle was pooped and ready to snooze on the winner’s podium.  All in a day’s work and I finally understood the meaning of dog tired.

I missed the second evening and seeing the 2016 best of show winner “GCH Vjk-Myst Garbonita’s California Journey” a.k.a. “CJ,” a Pointer (German Shorthaired) Click for pics.  My cats have forgiven me for the temporary species preference.  Don’t tell them, but I plan to attend Westminster next year.

19 thoughts on “Caturday Goes To The Dogs: Westminster 2016”