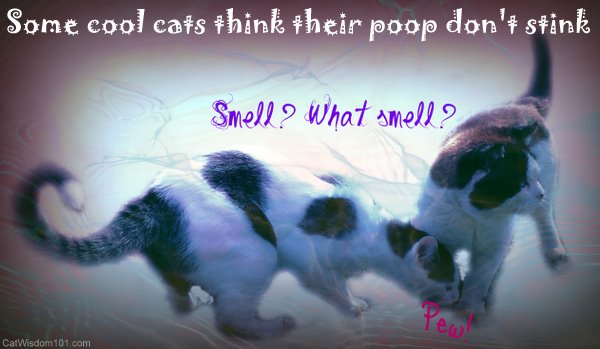 Most cats are fastidiously clean and don’t smell, but the same can’t be said for kitty litters and other lingering odors in carpets, drapes and cushions. We don’t use artificial air fresheners or deodorizers. Who wants stinky odors masked with an another odor? Not us. Sometimes, one of us (I won’t say who) makes a stinky poop and the humans wish there was something to make it disappear. What stinks? Nothing with No Offense.

We received a bottle at No Offense a natural odor eliminator and Odin helped me test it. We spritzed in inside all the litter boxes. April fresh. We spritzed the garbage can it the kitchen. Neutralized. Fishy cooking odor. History. Funky old cushion. Like new. This isn’t magic; it’s an all natural patent pending formula of zinc salt, emulsifiers, preservatives and proprietary odor counteractants in what look like water. It’s is safe, non-toxic, organic, biodegradable. Sounds like eco-magic to us. For more details, visit NOse offense 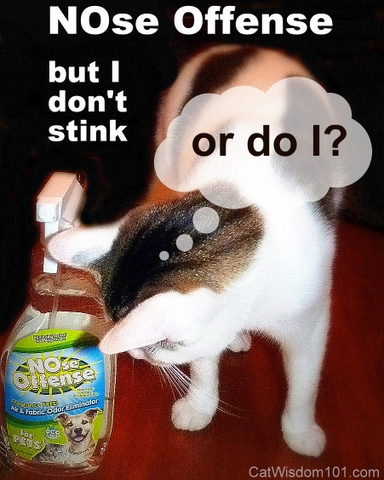 Odin always smells outdoors fresh and doesn’t need to be wiped down with NOse offense but we know some dogs who could use it!

13 thoughts on “What Stinks? Nothing With No Offense”