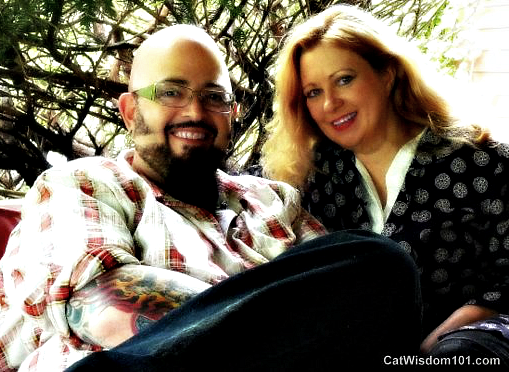 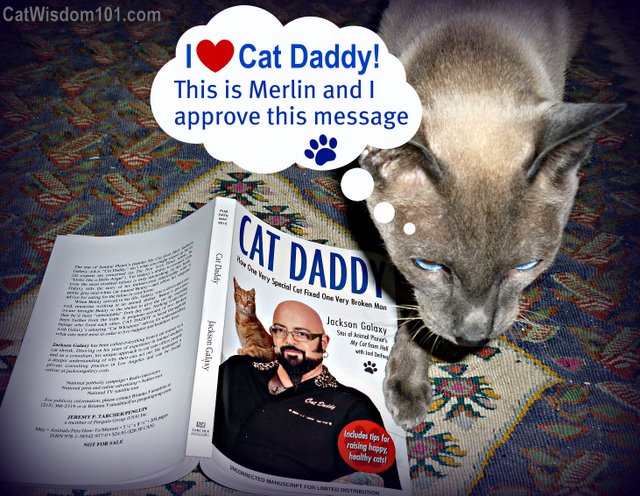 From Cat Boy To Cat Daddy: The Jackson Galaxy Story

Jackson Galaxy has had a hell of a year. Almost a year ago, I chatted at length with the cat behaviorist/host of Animal Planet’s My Cat from Hell for one of his earliest interviews. His TV show was about to air and I sensed this was a man on the verge of skyrocketing to meteoric heights. A freshly inked book deal sealed his fate. That book, Cat Daddy: What the World’s Most Incorrigible Cat Taught Me About Life, Love, and Coming Clean will be published on May 10.

His publisher, Tarcher/Penguin sent me an early uncorrected proof which I devoured in one sitting. I will be doing a formal book review once I see the edited version. Jackson lamented, “It’s torture not being able to change anything more but it’s gone to print.” And so we began another long chat the other day about the book and how life has changed for him.

The self-described people-pleaser admits to being “scared shitless” about his personal demons being aired for all to scrutinize. “I’m embarrassed that people will see me exposed.” The book is essentially an addiction memoir peppered with cat behavior tips. Keep in mind, this is a man who has a masters degree in acting, is a lifelong performer (busking with a guitar in New York at age 14) who describes himself on page 61 as a “narcissistic bullshitter.” The book may have a few detractors but Americans love stories of redemption and surviving against the odds and his story is a good one.

A year ago, as a complete unknown cat guy/musician eking out a living while battling demons, Jackson had 300 friends on Facebook. He now has over 25,000 Facebook friends, an agent, manager, assistant, a polished, branded Web site, a new home, and about to begin filming season four of My Cat From Hell in couple weeks.

He claimed to hit his stride towards the end of season two of My Cat From Hell and is bracing for the grueling filming schedule ahead, working 12 hour days, six or seven days a week, book-ended by a book/media tour mid-May. “I wish I could get by on corn chips and Mountain Dew like I did in college.” He gets by on double Venti or other caffeine.

Like millions of other Americans, food was Jackson’s first addiction, something he continues to battle today. The tipping point for him came when he tipped the scales at four hundred pounds and almost died. Gastric-bypass surgery saved him as did A.A. He now tries to eat healthier, exercises, stopped smoking and yes, we will see a slimmer Cat Daddy in season four. Twenty couples and their cats will be showcased in ten episodes including one couple from New York.

So what drives Jackson Galaxy and how did he go from “Cat Boy” to “Cat Daddy”? “I wanted to be the biggest rock star in the world but the universe had other plans for me. If I’d succeeded I’d be dead now.” He sees his work with cats a blessing and his redemption. “I get to help animals and animals saved me.” The main animal in question is Benny, a gray and white foster cat from the time when Jackson worked at the Humane Society of the Boulder Valley in Colorado. It’s where he earned the nickname “Cat Boy” for his affinity for cats. This was his day job while pursuing his dreams of singer/songwriter/rock star.

Benny, with a broken pelvis was a survivor and the stars aligned despite Jackson’s initial protestations about adopting him. It’s Benny, who over the course of 14 years helped Jackson to gradually see the light. But things got a whole lot worse before that happened. Name the demon, Jackson had it: alcohol and drugs from weed, coke, mushrooms, you name, it had Jackson’s name on it. Even after he cleaned up the drugs and alcohol he remained hooked for ten years on the anti-anxiety med Klonopin. Coming clean took time and like all those in recovery continues one day at a time.

He says, “Addicts have a mortal fear of being present. I don’t have a formal meditation practice so I write, scribble song lyrics as my meditation.” He longs for the day when he can return to a recording studio and lay down tracks for perhaps his life’s third act. He knows this is his time to shine and plans to make the most of it while making a difference in the lives of cats.

What drives the “Cat Daddy?” To use his celebrity to get his message out there:Neuter/Spay. No kill shelters. Anywhere. Period. This passion stems from his days working in E/C (euthanasia/cremation)at the shelter. Seeing perfectly healthy, adoptable dogs and cats killed for preventable reasons stuck in his craw.

Now that Jackson stands at the verge of greater celebrity, there’s a push/pull of ambivalence; wanting recognition while hungering for privacy. His inner rock-god chafes at being recognized as “the cat guy”. “I love that they say they love the show but I wish they’d say, “that’s Jackson Galaxy!”

“Careful what you wish for”, I gently chide, “What makes it all worth while?”

He recounts two recent events. “Two months ago I had brunch with Anitra Frazier. I finally met her in person.” It was Frazier’s book The Natural Cat that became Jackson’s bible and ersatz mentor as a fledgling cat behaviorist. His voice deepened in reverence, “She wrote this beautiful blurb for the book and we’re friends now.”

Frazier writes about Galaxy’s book:“Each of us sheds light on our subject from our own particular point of view. Fortunately for us all Jackson Galaxy’s light is very bright. His success at resolving behavioral difficulties in cats stems from his ability to slide his mind into the cat’s point of view and proceed from there. His insights into both human and cat behavior are right on.”
I couldn’t agree with her more. I say this as cat behaviorist and a life coach who has worked with many addicts. After a lifetime of feeling like a fraud, of shame and self-loathing, having good things happen is validating and a sign that you’re living your truth and embracing your life purpose. For Jackson Galaxy, the cherry on the cake moment came at a recent fundraising event in San Francisco. He raved about how amazing it was, but best of all, a shy little girl about nine came up to him and said, “I want to do what you do when I grow up.” The “Cat Boy” had become the Cat Daddy.

For every copy of CAT DADDY pre-ordered before May 10, Tarcher/Penguin will donate $1.00 to the cause of saving shelter cats. To make your preorder count, simply e-mail your receipt (or a photo/scan of your receipt) to: CatDaddyBook@gmail.com. 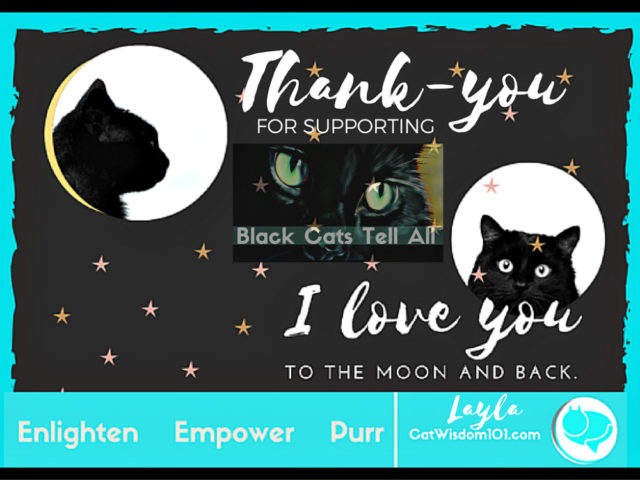 Thank You Purrs of Success 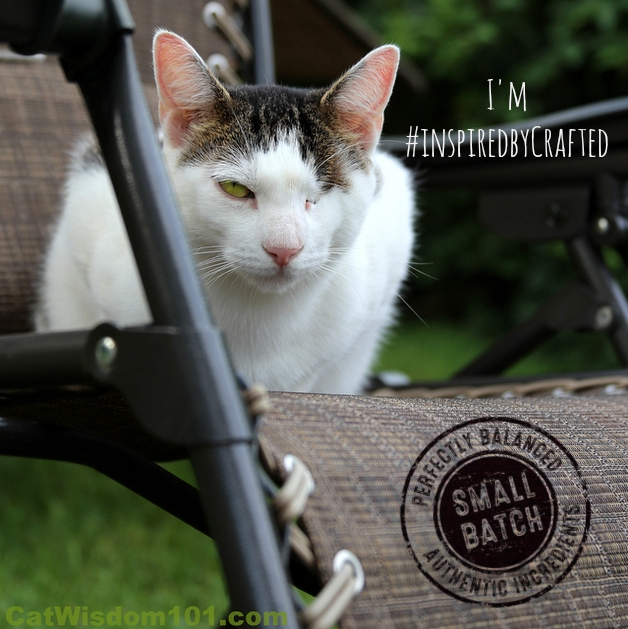 The Art of Eating Well is #InspiredbyCrafted