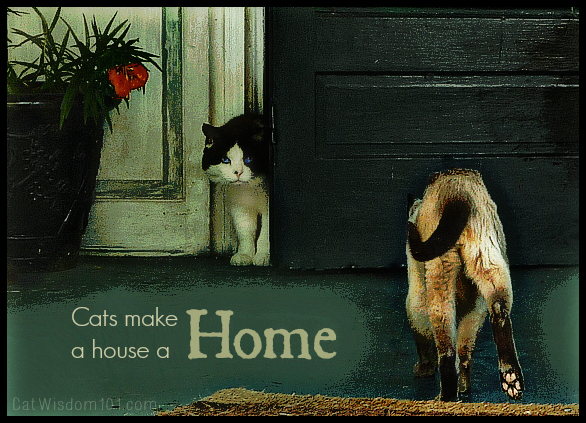 The heatwave this week turned us into boneless fur balls, languid and carefree. An army of mice could have galloped by and we wouldn’t have raised an whisker. The tiny nestling we rescued and brought to the wildlife rehabber sadly did not survive. On Tuesday, Gris Gris very gently brought in a fledgling that had fallen from a nest on the porch. He showed no desire to hurt it and looked incensed when I barked, “No!” I’m sure he was thinking Lady, I just wanted to show it to you, sheesh! I brought the bird to the wildlife rehabber who said, it needed another two weeks before it was ready to fly. Paws crossed for a better outcome. 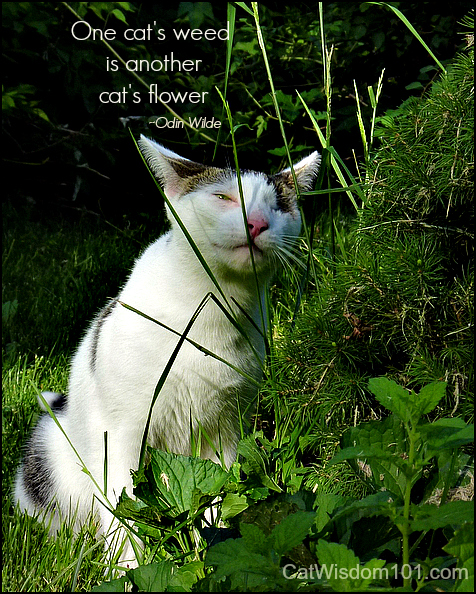 Gris Gris is the designated garden snooperviser. Nothing escapes his attention. A hyper-vigilant scent-marker, he marks his favorite places daily, more than any other cat I’ve seen. It’s a way for a cat to feel more at home and insecure cats tend to do it more often. We like having breakfast on the porch and he’s a very elegant beggar, discretely vying for a bit of cheese or egg which is payment for doing his job: keeping a sharp eye on Merlin, who can be sniffing the bushes one minute and out of sight the next. Merlin blithely and blindly goes about his business secure that he’s taken care of. 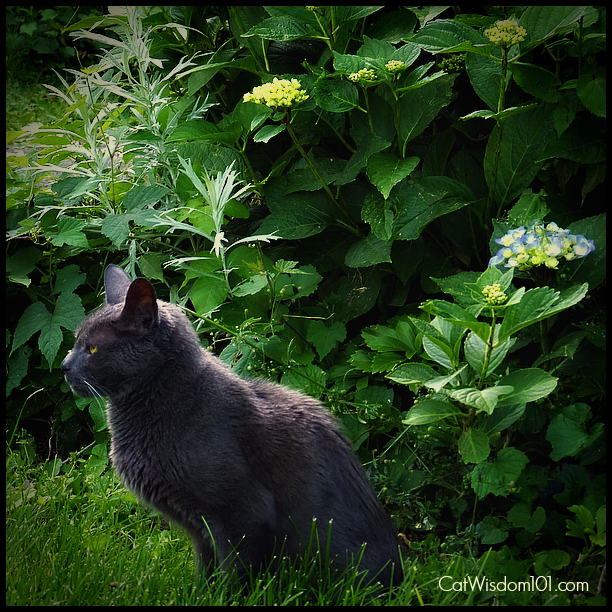 Odin is too independent to care about Merlin but Domino has turned into Merlin’s closest ally. The big “D’ is like a 300 lb. bodyguard who guides Merlin with body blocks and gentle nudges. In the image below, he’s checking to make sure Merlin gets inside okay. Home where it’s all okay. We think it’s the best place on Earth. Cat Adoption Month in winding down and there are millions of cats would would love nothing better than a place to call home. If the spirit moves you, search your zip code at Petfinder.com and see if there might be love at first sight kitty waiting for you.

I’d like to thank each and every one of you who nominated us for a Pettie Award. I know many of you diligently and faithfully did it every day to which I say: You’re purrfectly awesome! We’ll know next week who the finalists are so keep your paws crossed for good news!

24 thoughts on “Caturday From The Best Place On Earth”