Welcome to Caturday when we celebrate the antics of our Cat Wisdom 101 fab four: Merlin, Gris Gris, Domino and Odin. It boggles my mind to think there are people who lump all cats together, as if they were all the same. But you know the truth: every cat is different and we believe…

This was our week: Cats have as many moods and expressions as humans do.

The most striking behavior of cats outdoors is their innate sense of balance. With the freedom to race around, climb trees, hunt, play or nap, they do everything in harmony with their bodies using all six senses.

After Odin races up a tree or chases Domino, he stops when he’s had enough in the classic sideways reclining pose to pause and rest. When it’s hot, they seek shade. They drink water when they’re thirsty and as the sun sinks in the west, they always face west. When they want company with a human or another cat, they brush up against them. When they want to be left alone, they make it known with a sound or a gesture. It’s all so simple. We have much to learn from cats if we slow down enough to watch and listen. 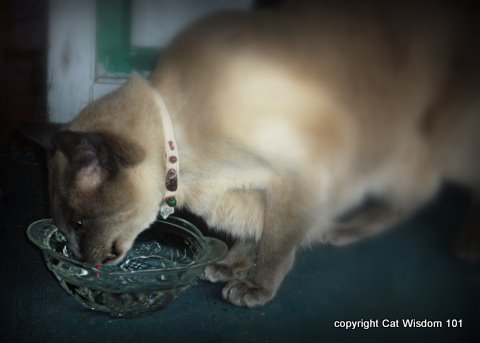 Merlin: I love simple pleasures like my porch time and a bowl of fresh water.

Domino: Busted! You found my secret hiding spot. What do you mean this isn’t the jungle? 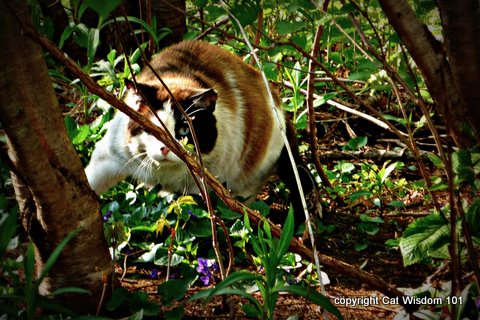 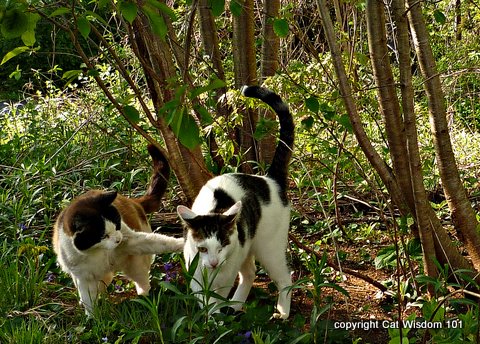 Domino: It’s like this kid; I don’t always want you around.

Domino: I could if I wanted to but I prefer the ground. Isn’t this sun-dappled arbor lovely? If only the paparazzi would disappear. 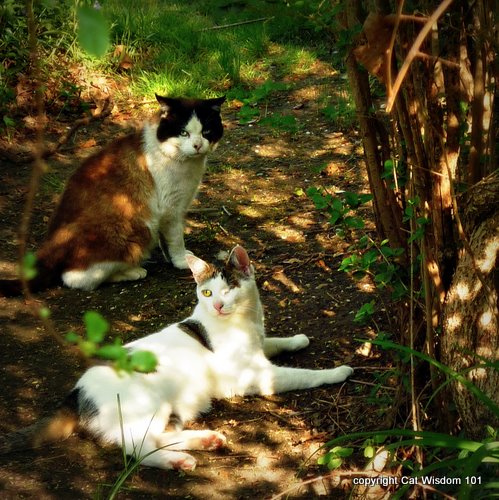 Odin: I love the camera and the camera loves me. Yes, we could be models for a Ralph Lauren ad. Too bad he only uses dogs. Let’s go check on the catnip in the herb garden.

Nothing yet. Good thing we have a stash of the best organic catnip indoors. 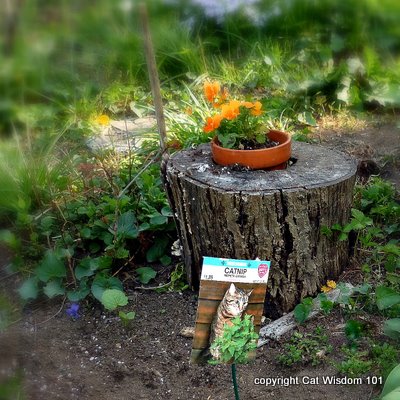 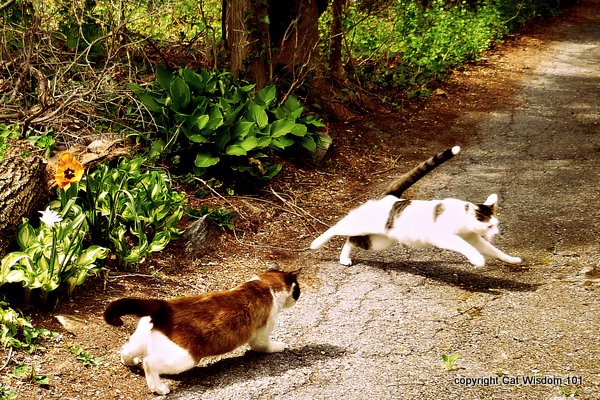 Domino: Nothing more to do but lie around and watch the sun lower into the golden magic hour.

Odin: I love you Domino.

Domino: Me too, kid.

Did someone say, “Dinnertime?” How was your week? 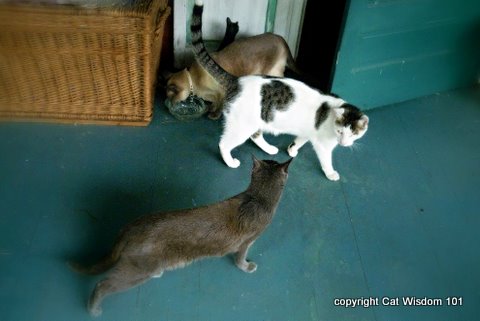 Every week, the bonds ebb and flow with each cat. Some days, Odin clamors for attention, some days it’s all about Merlin. This week my bond with the mysterious and ethereal Gris Gris made another quantum leap. I need only think of him and he appears like smoke from an Aladdin’s lamp. Sometimes, he’ll sneak on top of me, feather light, embedded in a duvet crevasse. I have to stay still or he flees. Recently, when I slowly extend a finger from under the covers he lets me stroke his head and I’m rewarded with a sotte voce purr. His eyes speak volumes, all poetry. 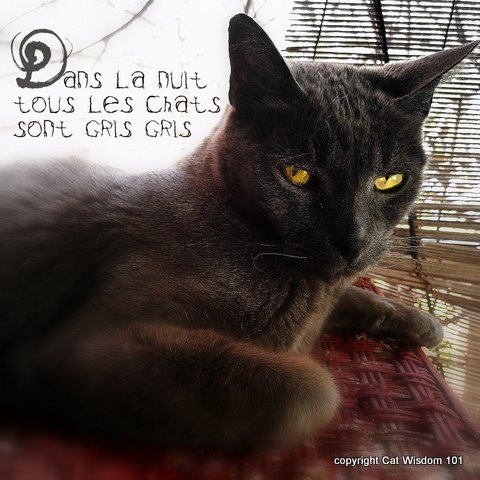 It took months to heal from his previous traumatic life and he would never look anyone in the eye and his tail rarely waved upright and confident. Cats who avoid direct eye contact are submissive and unsure. Gris Gris is still shy but confident now, his pencil-thin tail usually upright and happily strutting in his unusual pony gait. When his liquid amber eyesmelt into mine, I melt. He marches (or trots) to the march of a different drummer and that’s okay with me.