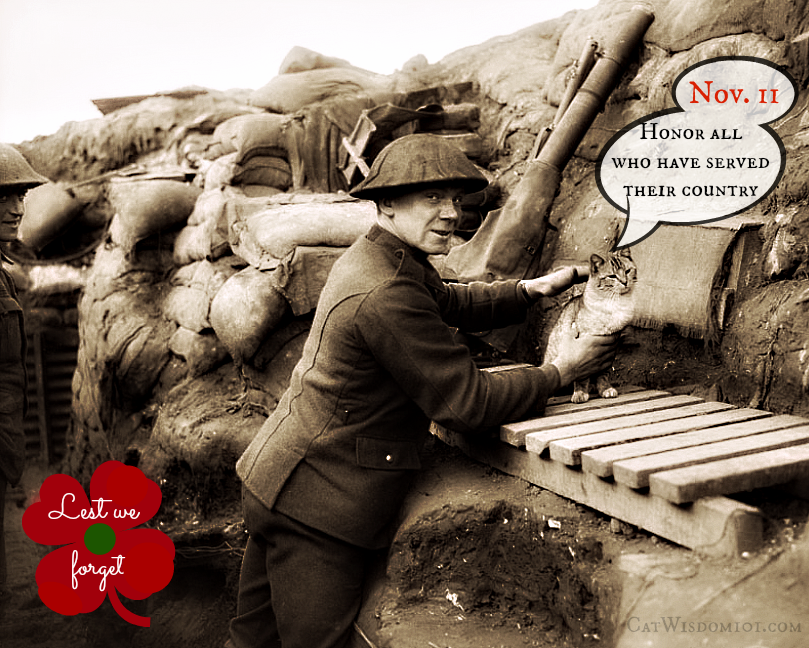 Nov.11 is Veteran’s Day in the U.S. and Remembrance Day or Poppy Day in Canada and the other commonwealth countries. Regardless of the name, it’s the day when we honor those who served their country. Nov. 11, 2018 marks the centenary of  World War I and the origin of wearing poppies of remembrance. The red poppies symbolize a bloody war with 18 million lives lost, not including the many animal employed from horses, donkeys, pigeons, dogs and even monkeys. 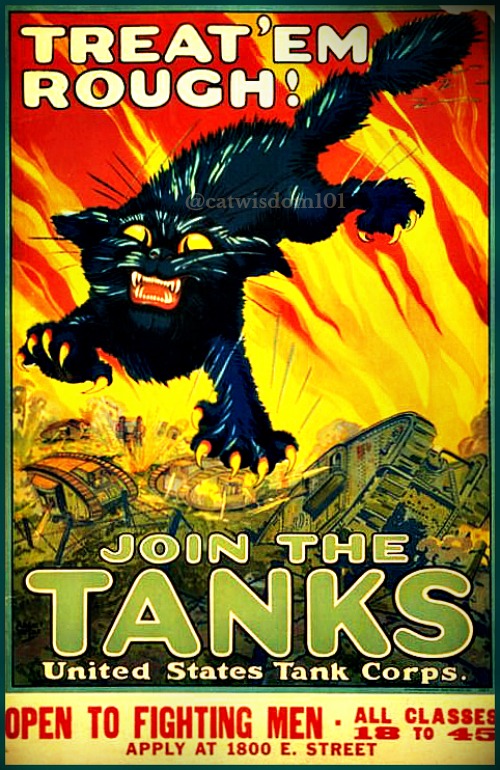 Hundreds of thousands of cats served in Europe providing much needed rodent control in less than hygienic conditions in the trenches. A feline’s acute sense of smell served as a “canary in a coalmine” to detect deadly mustard gas. These brave cats who could have easily escaped, choose to stay with their soldier companions offering solace and natural stress relief. 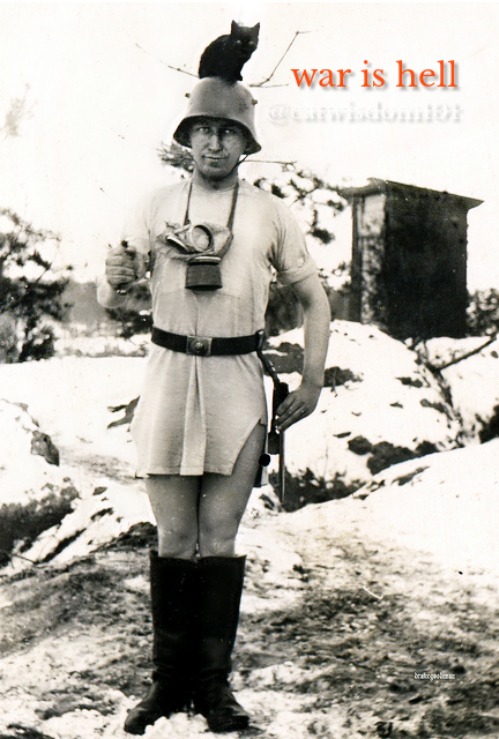 Most of these cats perished. There were no gas masks for them. As we pause to remember all those who fought for our country, let’s remember our feline friends. 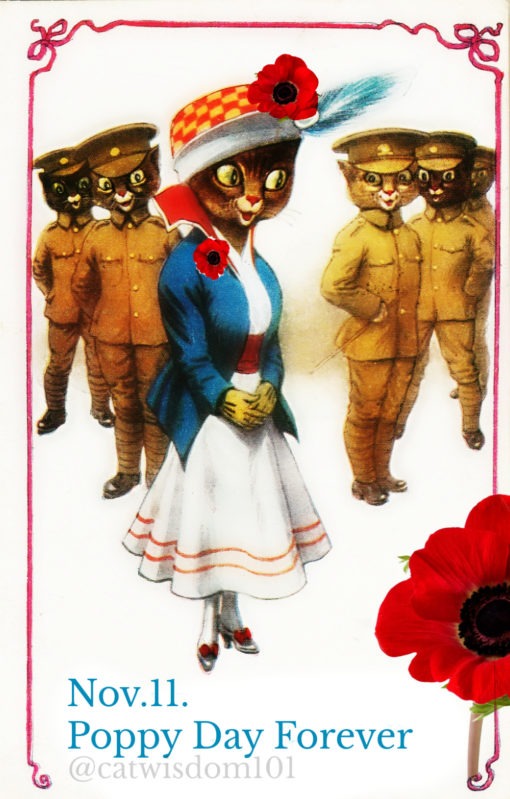 Teresa Harrison-Best, one of my favorite pet poets from the U.K. wrote a poem honoring these heroic felines
Paws At The Ready

The cats of World War One had significant role in all the campaigns, we must honour their bravery too.

Give thought to all the kitties
who served in World War One.
A battalion of the finest
who never fired a gun.

What was their role?

Whether hunting rodents out at sea,
or loyal friends to men,
these many cats had vital roles,
time and time again.

The food was saved.

A common sight in trenches deep,
dispatching mice and rats,
the soldiers’ had a special bond
with many of these cats.

Many were treasured mascots.

Five hundred thousand cats were sent
to serve in the Great War.
Some detected mustard gas,
whilst others were off shore.

Some of the feline heroes.

Togo was the Dreadnought’s cat,
The Swan had their lad Ching.
Pincher was the Vinex’s mog,
it was luck they hoped they’d bring.

‘Martinpuich’ was aptly named,
by The 9th battalion chaps.
Pitouchi was the orphaned kit,
who’d survived on army scraps.

Spark Plug, Tabby and many more
were companions to the troops.
The feline unsung heroes,
those cats who became recruits.

We’ll never truly realise
just what these cats went through.
So spare a thought and give some thanks
for what they did for you! 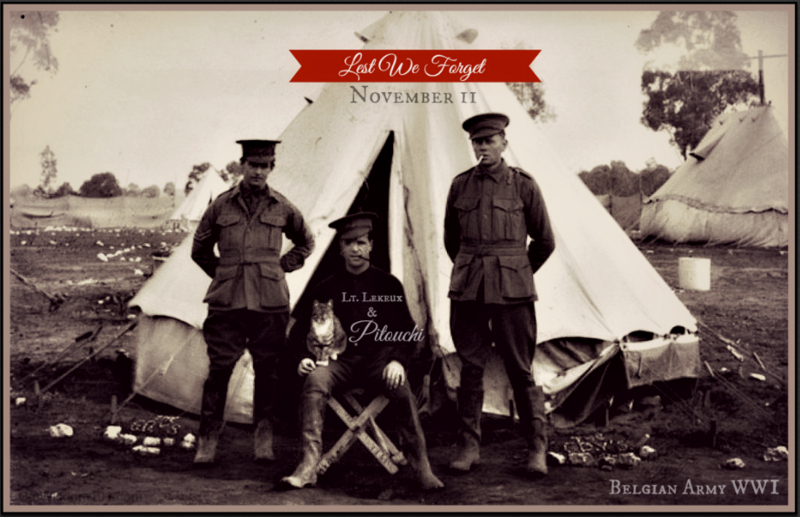 39 thoughts on “Lest We Forget: WW1 Poppy Day Military Cats”