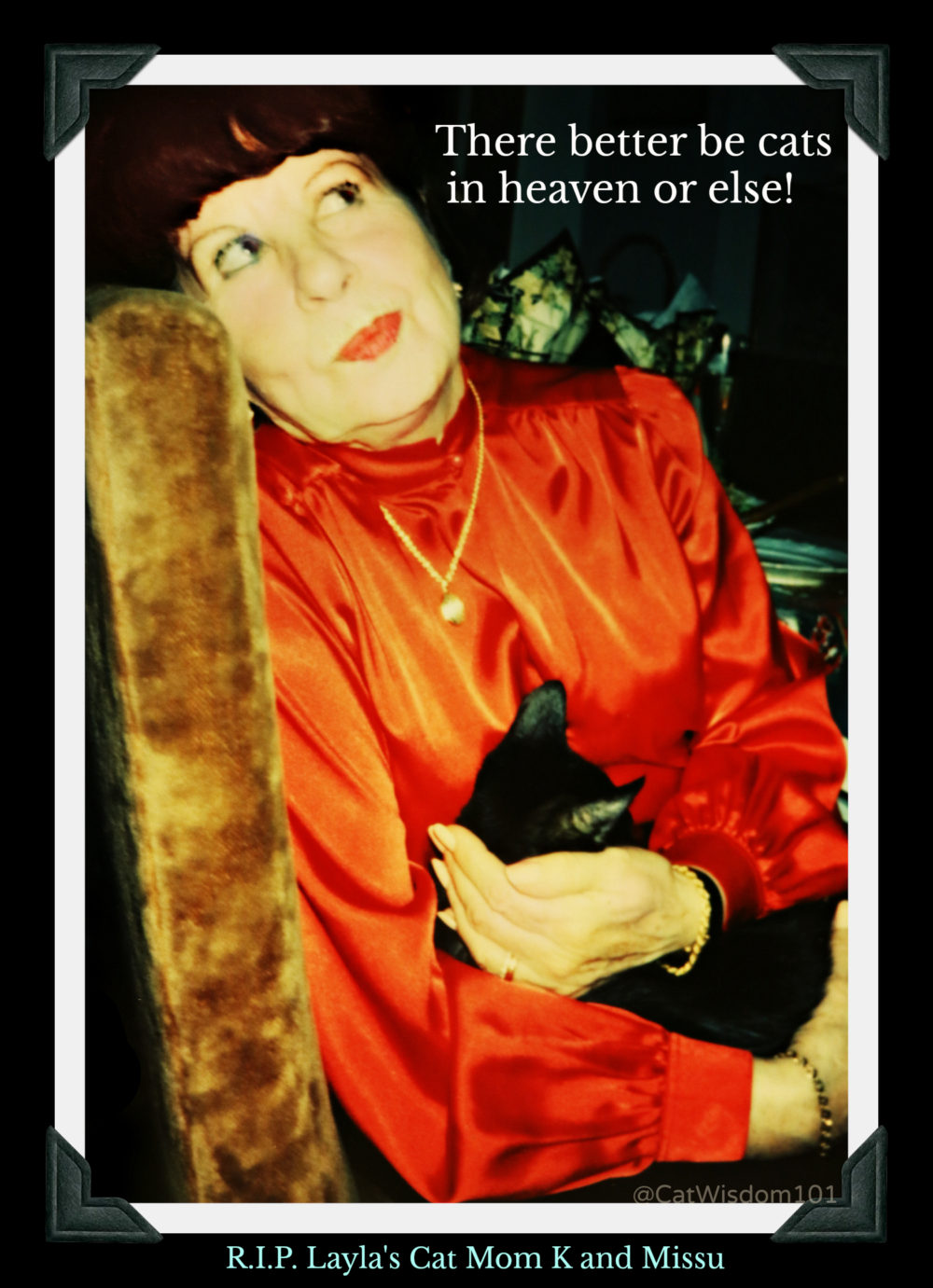 Update: In honor of my late mom, Kaija Robinson we created Black Cat Awareness Day to be held on her birthday, October 27.

On Friday we celebrated National Black Cat Day with sad update about my mom. It was her birthday and given that she was in palliative care, I said it would be her last birthday. Little did I know how prescient it would be. It was a day with much to celebrate. My book hit #1 on Amazon in one category. One of our dear contributors the amazing VanCatMeow from Australia shared a sweet post. Cole and Marmalade our most famous contributors shared posts about our book across Facebook, Twitter and Instagram.to more buzz than we could hope for.

Still scrambling to catch up on email, book promotion and a million other details, the social worker from the hospital I’d spoken with twice including that morning, called again later that day. “Your mother passed peacefully.”  Best day. Worst day. Birthday. I went on auto-pilot and did what I needed to do for work. Cried. Called my brother who I’m estranged from. Cried. My head hasn’t stopped spinning since. My mother had a flair for drama and I had to laugh. Of course, she would go on her birthday at the most inconvenient time. It’s just the way she was. After all, I had told her hours earlier that I loved her and to let go whenever she was ready. She had a love/hate relationship with birthdays. By mid-October she’d be in sulk. Never wanting to grow another year older but wanting a party and presents. The only thing she wanted in the past three years was another kitten after Miki died but she didn’t get her wish. I considered all the options, fostering, maybe a pocket pet but she was no longer able to care for a pet. 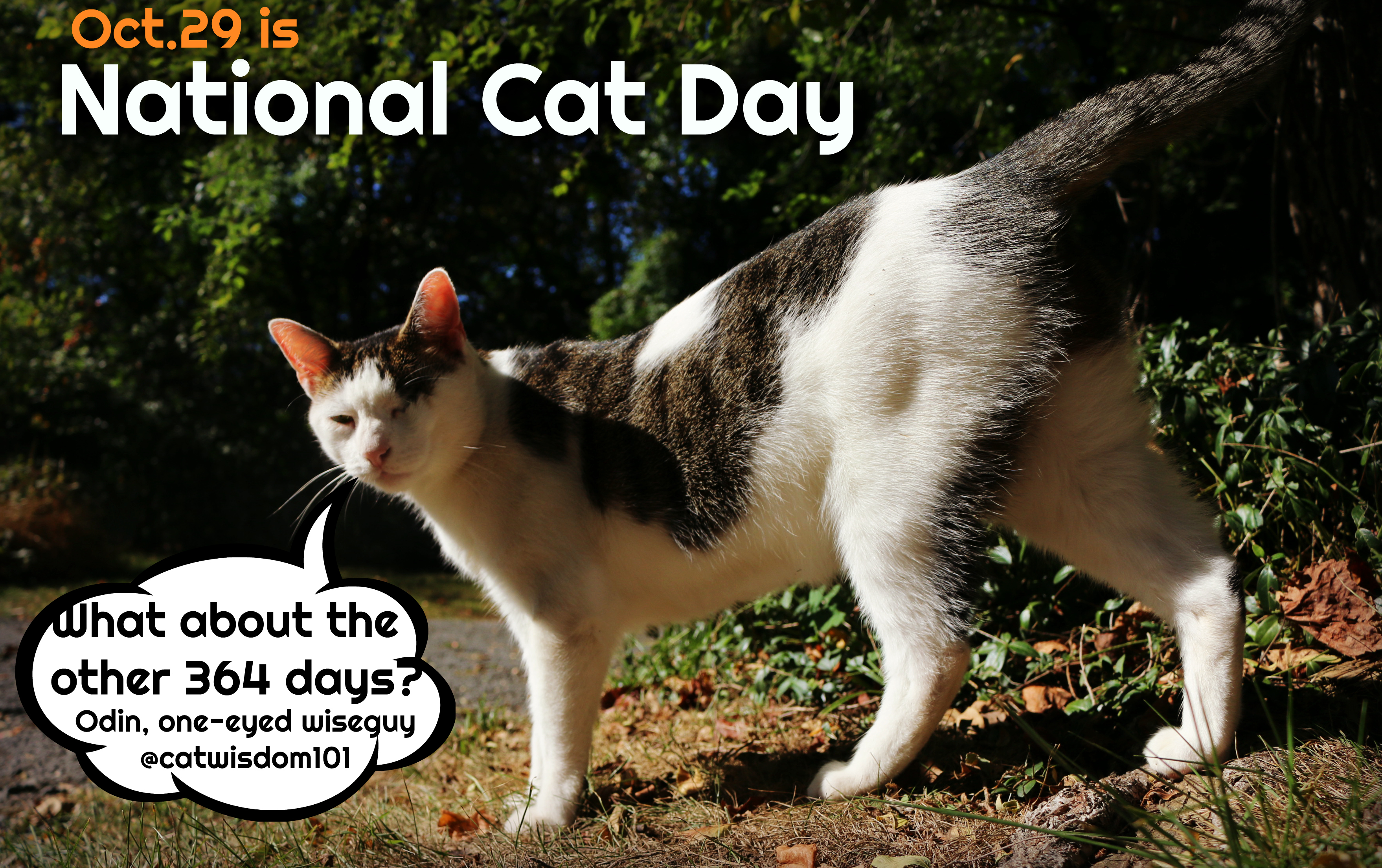 Mom often smiled like a Cheshire cat. I can’t remember her ever not wearing lipstick and her signature green eyeliner. She always looked glamorous and ridiculously young.  A true Scorpio, she loved red. This was her last kitten, Missu who lived to a ripe old age but not as old as mom. She was notoriously vain and would have loved this post. I can imagine her griping, in her Nordic accent, “Why didn’t you do this sooner? Can’t you do something with my hair, darling?

Like mother, like daughter, we were always cat ladies. Like all relationships, there were ups and downs but insisted I was her favorite, her golden child most of the time. This was taken about 20 years ago and feels like yesterday. I feel blessed to be the keeper of our family albums and boxes galore of family photos. As soon as I found out mom was in ICU last week I pulled out all the albums and picked some favorites, knowing I’d be sharing them some day but not so soon. 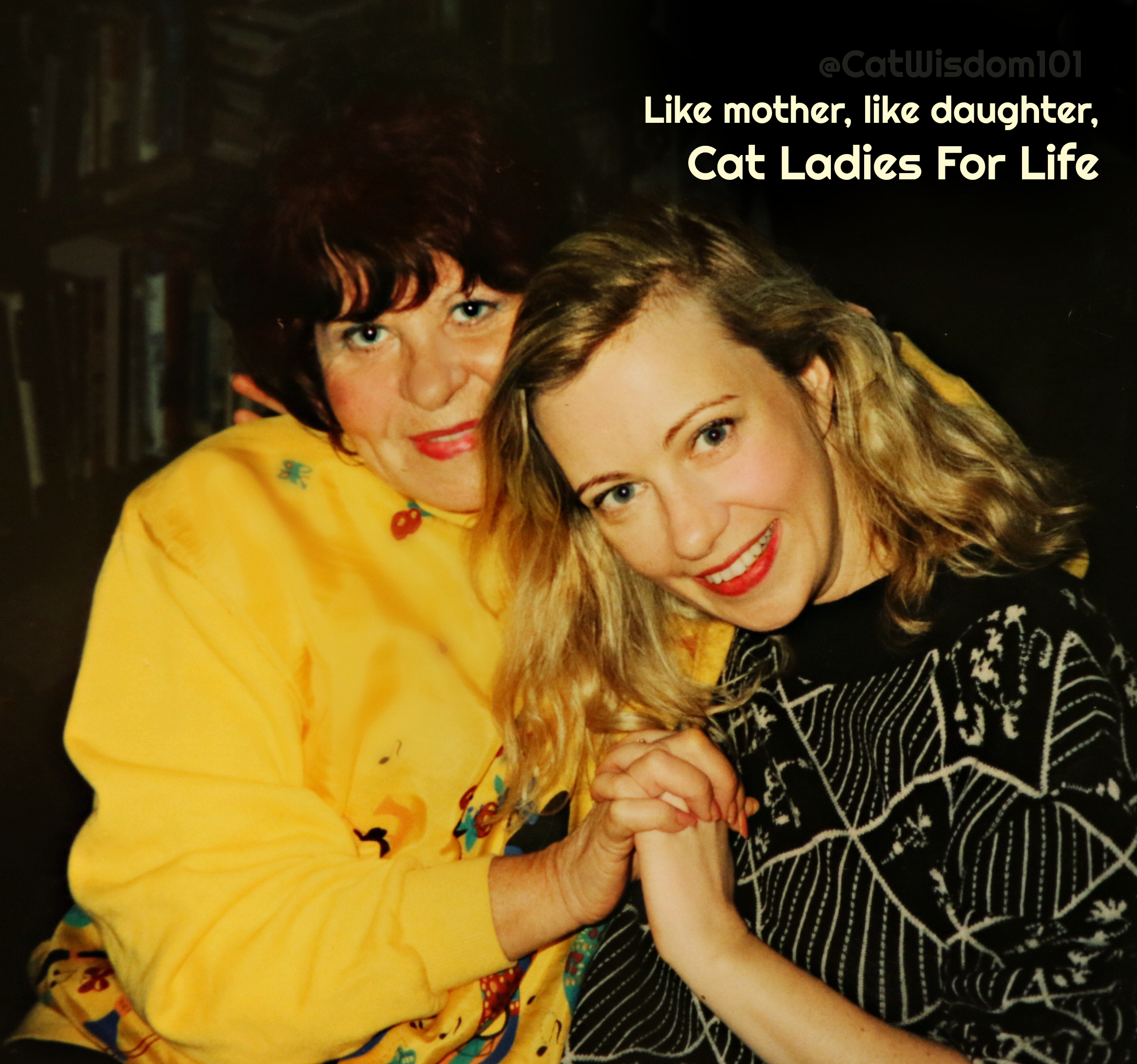 During my childhood, after immigrating to Montreal from Helsinki, she called herself Kaya or Kay. My boyfriends called her Mrs. K but in later years she used Kaija and the more recently her middle name, Kersti. It was always weird having the hospital call about Kersti and I’d go, “Who?” She was in the hospital a lot after a fall three years ago. I brought her to a chiropractor that I’m convinced would have kept her mobile, but she refused to keep up the protocol and destiny landed her a wheelchair.

It marked the beginning of the end of the mother I knew. She could not indentify being handicapped in any way and became reclusive. The vivacious glamour girl did not want someone looking at her with pity.  My attempts to rationalize like: millions of people survive and thrive in wheelchairs. They travel, work, do everything abled persons do. Not even mentioning Elizabeth Taylor looking glamourous in wheelchair worked. A two-time widow with men aways vying for her attention, ended once she was wheelchair bound.

Mom had loved to travel, try new things, read the newspaper and stayed current with news, until senility made its gentle creep. She managed to stay home for three years until she fired all her caregivers. It was time for an assisted living facility. During another hospital day, my brother moved her belongings out, she arrived at her gorgeous private apartment with the best possible care. She called the assisted living facility, death’s waiting room.

The chronic pain she experienced wore her down. I’d called my mother anywhere from daily to weekly during my entire adult life and in the last year more frequently. I found my mother was fading, shrinking into another person I didn’t recognize.  Every day I felt closer to becoming an orphan. The only thing she never failed to mention was the pain in her feet. Every. Single. Time. My feet don’t work. Sometimes, she wouldn’t recognize me and accuse me of some pretty outlandish things but it was the dementia-induced paranoia talking. One of the last times we spoke, she was lucid, in good humor and did not mention her feet.

She is now free to dance with all her beloved kitties, my father, friends, and relatives. The last of my aunts, who my mom adored died this summer so it’ll be a party. My mom loved nature and all animals and they seemed to like her. Fly free. There will be cremation and no funeral at her request.

I wish I could sleep like the dead and I’m trying do as much self-care as possible to avoid joining mom pre-maturely. What will happen next? Who knows but Clyde and the rest of the gang are doing a Halloween post tomorrow. See you soon and give your cats more loving today. And call your mom if you can. 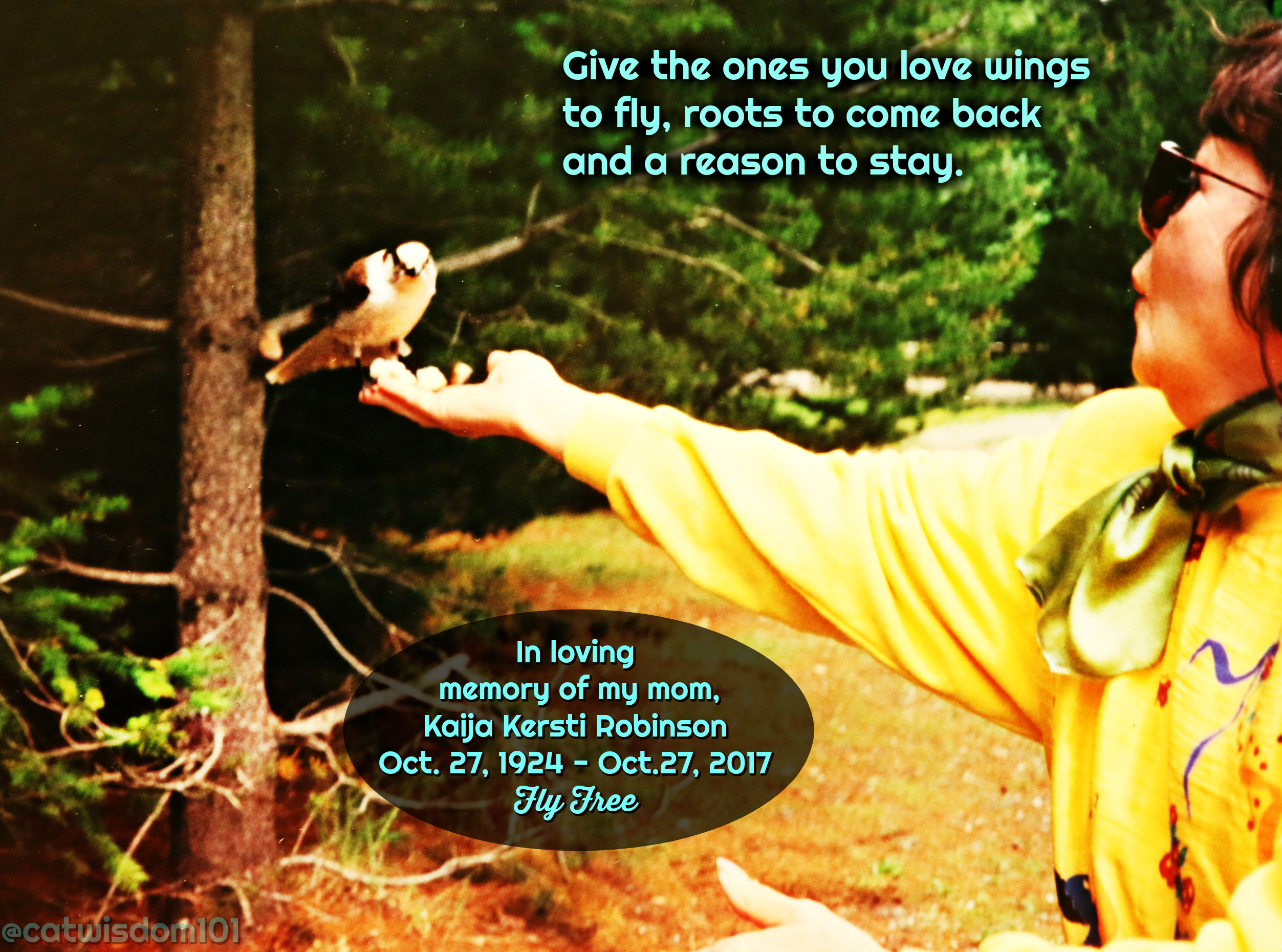