We’re having another heat wave in New York. It suits us fine if no work is required other than pretending to be at spa (scroll down). The only work we ask of you is to vote for us. We are Pettie Award Finalists for Best Cat Blog. 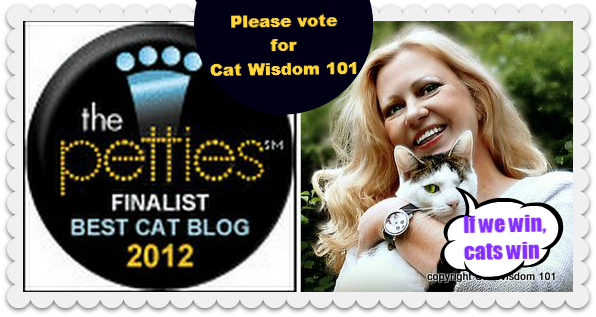 Voting ends at the end of the month and you can vote once daily here Thank-you! If we win we’ll donate the $1000 prize to the sanctuary kitties at Brigid’s Crossing.

Merlin has rallied for the time being. His appetite is suddenly ravenous and his will to live gut wrenching. He announces, “I am here, pay attention!” at the top of his lungs like clockwork. Some days are better than others and some nights are blessedly quiet. Most nights though are punctuated by a bellows call to snuggle, be fed and soothed.

Here we are lolling on the porch on a hot day in a quiet moment. 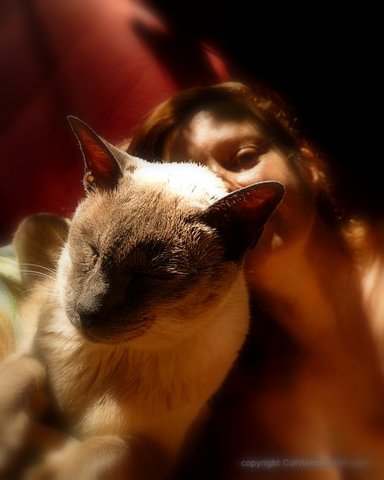 I sprayed Feliway as an experiment on his favorite litter box he’d been missing. He madly sniffed where I’d sprayed and deemed it okay until Gris Gris used it, and now we’re back at square one in the litter box blues. For now, he’s using the other one nearby which he’ll use if kept clean from the “other’s” scents. What I find interesting is he is a cat who has never had litter box issues and happily shared one litter box with his sister for many years.

A friend of mine who is a geriatric social worker and I often compare notes at how similar cognitive issues are between humans and geriatric cats. Sleep for me these days is a luxury.

Gris Gris could care less if you vote for us but then again he isn’t an attention whore. He’s mellowed beautifully from the skittish basement cat of his former life. His confidence has grown leaps and bounds and his painful past a distant dream. He holds his own and defends his favorite spot:the foot of the bed where he gets his nightly brushing, the only time he enjoys major touching. 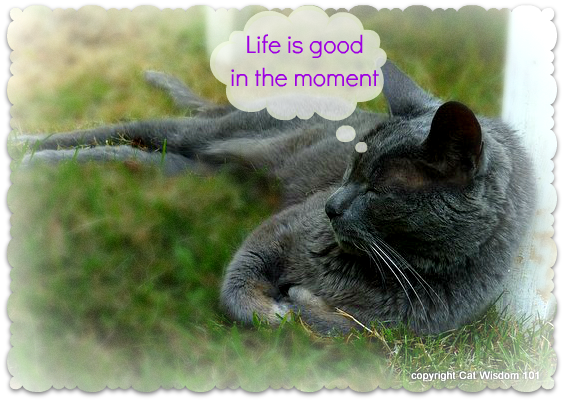 Odin, actually all the cats love baking on the driveway. I’m sure it’s they think it’s feline version of a hot stone massage. I’d love one myself but if you see me rolling around the driveway, send for the guys in the white coats. 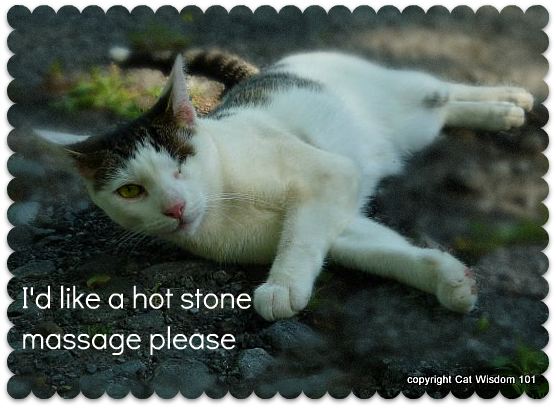 So, what are you doing this weekend?